'Every hallway in our kingdom reeks of its feces. 💩

haejin and co. are flagging civilians. 👎

This is unacceptable and his crimes are to be punished. 💪 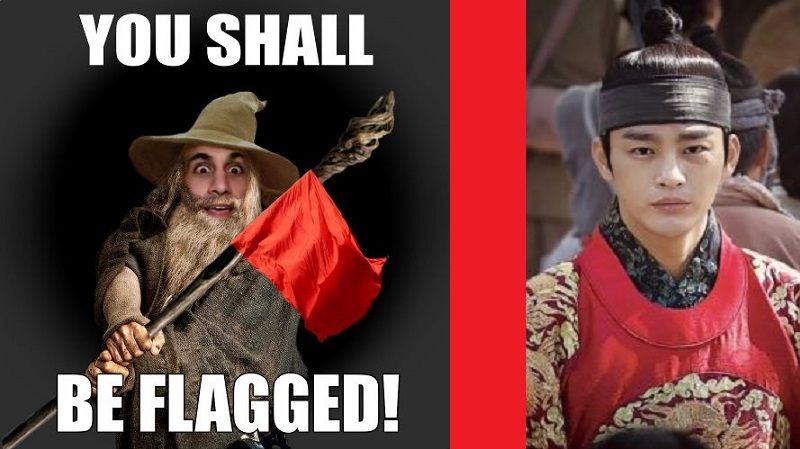 Bring cave-troll armor down to 60

Conclusion: Votes mainly on his own poor quality and repetitive work which holds 'value' for all of 1 hour, whilst sock accounts feed off the crumbs.

Are you ready for battle?
Should I blow the trumpet?
Shelter yourself O ye troll for thy flags cometh like a thief in the night.
Hold on to these words for they shall surely come to pass.
Overdue is your reward.
Low quality are your words.
Embrace your demise. mmorpg rewardpoolrape trolls flagthedonkey steemit
3년 전 by acavetrollquest48
$0.03
39 votes
댓글 남기기 13
Authors get paid when people like you upvote their post.If you enjoyed what you read here, create your account today and start earning FREE STEEM!
STEEMKR.COM IS SPONSORED BY

We still have a long ways to go guys! Keep up the good work! :) Mikey has joined the fray with a few flag, I am also continuing to offer healing spells where I am able. No offense to Bernie, but I am focusing my healing on those who do not have the support or SP to get their posts back into positive territory on their own.

Right now my upvote is only worth 0.18, but every little bit helps right?

Keep it up everyone!

well done guys. I think after these attacks he may have to mend his ways or lose everything he is earning.

It's gotta feel very unpleasant to be you-know-who and have a whole internet mob after you... maybe I'm just sensitive but I'd feel really horrible about my life right now. If you're reading this, I have some advice: just hoist the white flag and agree to a compromise. It's going to be way better than losing your livelihood, and you know that people aren't just going to give up and back off. I know dudes generally don't operate that way when they think they're at war and fighting a righteous battle in self defense, but a pacifistic approach is absolutely in your best interest. As the saying goes, war doesn't determine who's right; it only determines who's left, so you can either mitigate your losses and continue to succeed here or you can keep shooting yourself in the foot and end up losing a major income stream. At this point you're still capable of coming out in a great position, but it's not going to be that way for very long if you continue trying to struggle on your way down. People love participating in lynching mobs when they think that they can get away with it while still maintaining the moral high ground, so this movement is only going to pick up steam (no pun intended) as people who previously didn't really care join in on the bandwagon.

And let me clarify: it's not that I think that this isn't a noble fight to rebalance the scales of power and bring bullies down a notch. I agree with the premise if this is literally the only way to do it. I would just prefer that it come to a peaceful conclusion and the only way I see that happening is if you-know-who agrees to continue going under certain terms and everyone lays down their arms in unison. So that's my advice to him, if he's reading this.

The reward pool rape by whales is the number one problem this platform is facing.

But then most minnows like me can't say or do anything for the fear of being flagged out of existence.

If the developers of this platform can seize or suspend the account of these whales, I think the situation will improve greatly

Maybe you can help me understand what this is all about? I see many people you have named in your post because they are using their full voting power which is intended to replenish everyday. How is that abusing voting power?

Please choose me to fight for steemit. Add me to the battle log and i will slay the donkey.