What are crypto currencies and what you need to know about them?

A cryptocurrency is a digital medium of exchange that works similar to traditional money, but has no real equivalent and is only in digital form. The first major crypto currency started was Bitcoin in 2009, and since then a lot of new alternative crypto currencies have become available thanks to the immense popularity that Bitcoin has managed to gain.

Cryptocurrencies are a kind of digital currency that practices the principles of cryptography to implement, a decentralized and stable economy where you can mine and trade them. When matching cryptocurrencies with fiat money or real cash, the most significant difference is how people or individual may impact the production of money significantly. 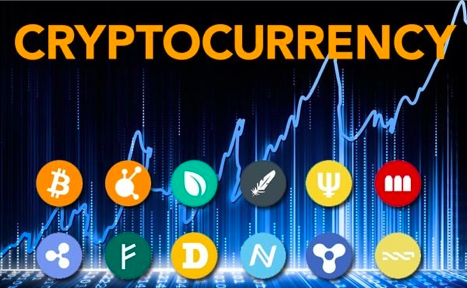 Dozens of cryptocurrency terms have been defined, most are similar to and derived from the first fully implemented cryptocurrency protocol, Bitcoin. Preventing the fundamental security of a cryptocurrency is entirely possible, but the cost may be intentionally high.

Most cryptocurrencies are meant to gradually introduce new units of currency, placing an ultimate cap on the total amount of money that will ever be in circulation. This is done both to mimic the scarcity of expensive metals and to evade hyperinflation. As a result, such cryptocurrencies attend to experience hyper deflation as they grow in popularity and the amount of the currency in circulation approaches this finite cap. Cryptocurrencies are considered as much anonymous and untraceable means of payment.

The original cryptocurrency created was Bitcoin which was set up in 2009 by developer referring to himself as Satoshi Nakamoto. Bitcoin uses SHA-256 as for its security system, later on, the Litecoin developed which uses the script as a proof-of-work, as well as becoming faster transaction confirmations. Another most widely used crypto coin is the Peercoin (XPM) which uses proof-of-stake or a proof-of-work hybrid system which is entirely different from the other two mentioned above.

Hence, these are all necessary information about cryptocurrencies you need to know.

money investing cryptocurrency steemit
3년 전 by bayrene60
$18.09
38 votes
댓글 남기기 14
Authors get paid when people like you upvote their post.If you enjoyed what you read here, create your account today and start earning FREE STEEM!
STEEMKR.COM IS SPONSORED BY

There are many to choose from but for the newbie it's best to focus on bitcoin and follow the history and struggles. After that focus on the currencies that are an actual medium of exchange and can be used to trade goods and services, these include litecoin, dash, monero, and pivx.

i love it good job

So with that being said, would you say Bitcoin will keep on leading the "criptolist" or are there big criptos on their way to that first position.

Nice info by the way, would love it to be even more extense (L).

I thinks we need to buy goods coins at deep price for long-term it will give us good profits!! So that's why we need to learned and read the Chart's!!

There is alot of cryptocurrencies and its hard to learn about it in one day.
Good information for people starting in this world.

Simple yet nice read for us newbies in the crypto world.
Keep up the posts Bay! :)
Followed, upvoted you with my awesome 0.01 upvote. ^u^

If you have time kindly do check my posts too.. Thanks and more powah! :)

Thanks for the info