$2 Million dollar treasure chest! Still yet to be FOUND!

In the year 2003, a rich man by the name of Forrest Fenn buried a treasure full of gold and jewels with an estimated value of around $2 million dollars.

Why? He wanted it to be fun and get more families outdoors and spend time with one another.

He wrote a book called: Thrill of the chase, which includes clues as to where it is. However, he says with the poem and map is all you need to find the treasure.

Thousands of people have attempted to find it. It is reported that at least 4 people have died trying to find it. He stated he was a very old man at the time of burying it and therefore it is not a dangerous endeavor. He has given some additional clues because of people dying and hurting themselves.

The Poem
As I have gone alone in there
And with my treasures bold,
I can keep my secret where,
And hint of riches new and old.

Begin it where warm waters halt
And take it in the canyon down,
Not far, but too far to walk.
Put in below the home of Brown.

From there it’s no place for the meek,
The end is ever drawing nigh;
There’ll be no paddle up your creek,
Just heavy loads and water high.

If you’ve been wise and found the blaze,
Look quickly down, your quest to cease,
But tarry scant with marvel gaze,
Just take the chest and go in peace.

So why is it that I must go
And leave my trove for all to seek?
The answers I already know,
I’ve done it tired, and now I’m weak.

So hear me all and listen good,
Your effort will be worth the cold.
If you are brave and in the wood
I give you title to the gold.

[credit and source of the following to: https://dalneitzel.com/cheat-sheet/]
Clues known to date:
Facts learned so far:
-Located above 5,000 ft and below 10,200 ft.
-At least 8.25 miles North of Santa Fe, New Mexico
-Not in grave yard
-Not in out house, and not associated with a structure
-Not in a mine, tunnel, or cave
-Where warm waters halt is not a dam.
-Chest and contents weigh 42lbs
-Chest is 10x10x5 inches and made of Bronze
-Forrest published a map in his book Too Far To Walk and told us the chest is hidden somewhere on that map
-The treasure is in one of 4 states: Montana, Wyoming, Colorado or New Mexico
-“Begin it where warm waters halt” is the first clue

Fenn has said:
♦ There are nine clues in the poem.
♦ Start at beginning
♦ Q: Will the poem lead you to the treasure? “Yes if you know where to start.”
♦ Clues in consecutive order
♦ Don’t mess with my poem
♦ “Some folks correctly mentioned the first two clues to me in an email and then they went right past the other seven, not knowing that they had been so close”.
♦ People have been within 500’ of the treasure
♦ “Some of the searchers have been within 500 feet I know”.
♦ “Searchers have been within 200 feet”. Huffpost interview 02/04/15
♦ He never said it was buried (he never said it wasn’t)
♦ “The person who finds the treasure will have studied the poem over and over, and thought, and analyzed and moved with confidence. Nothing about it will be accidental”.
♦ “I said on the Today show that the treasure is not associated with any structure. Some people say I have a desire to mislead. That is not true. There are no notes to be found or safety deposit boxes to be searched. The clues can lead you to the treasure, and it will be there waiting when you arrive.”
♦ Q: Are there clues in the TTOTC book? “Yes, because the poem is in the book.”
♦ Q: Are there clues in the TFTW book? “Yes, because the map is in the book.”
♦ Q: Are there subtle hints in the TTOTC book? “Yes, if you can recognize them.”
♦ “All of the information you need to find the treasure is in the poem. The chapters in my book have very subtle hints but are not deliberately placed to aid the seeker. Good luck in the search.”
♦ Q: Were both trips made on the same day/date? “I made two trips from my car to the hiding place and it was done in one afternoon.f”
♦ Q: Are you willing to say whether the place of the treasure chest is the same as the one where you had previously plotted to have your bones rest forever? “Yes it is. f”
♦ “There isn’t a human trail in very close proximaty to where I hid the treasure.f”.
♦ Q: Is the Blaze one single object? “In a word – Yes”
♦ “Playing a hunch is not worth much in the search and those who start out by looking for the blaze, are wasting their time.f”.
♦ Q: I would like to know if the blaze can be found during the day without a flashlight. “I would say yes.f”
♦ Q: Did the same 9 clues exist when you were a kid and to your estimation will they still exist in 100 years and 1000 years? “The clues did not exist when I was a kid but most of the places the clues refer to did. I think they might still exist in 100 years but the geography probably will change before we reach the next millennia.” 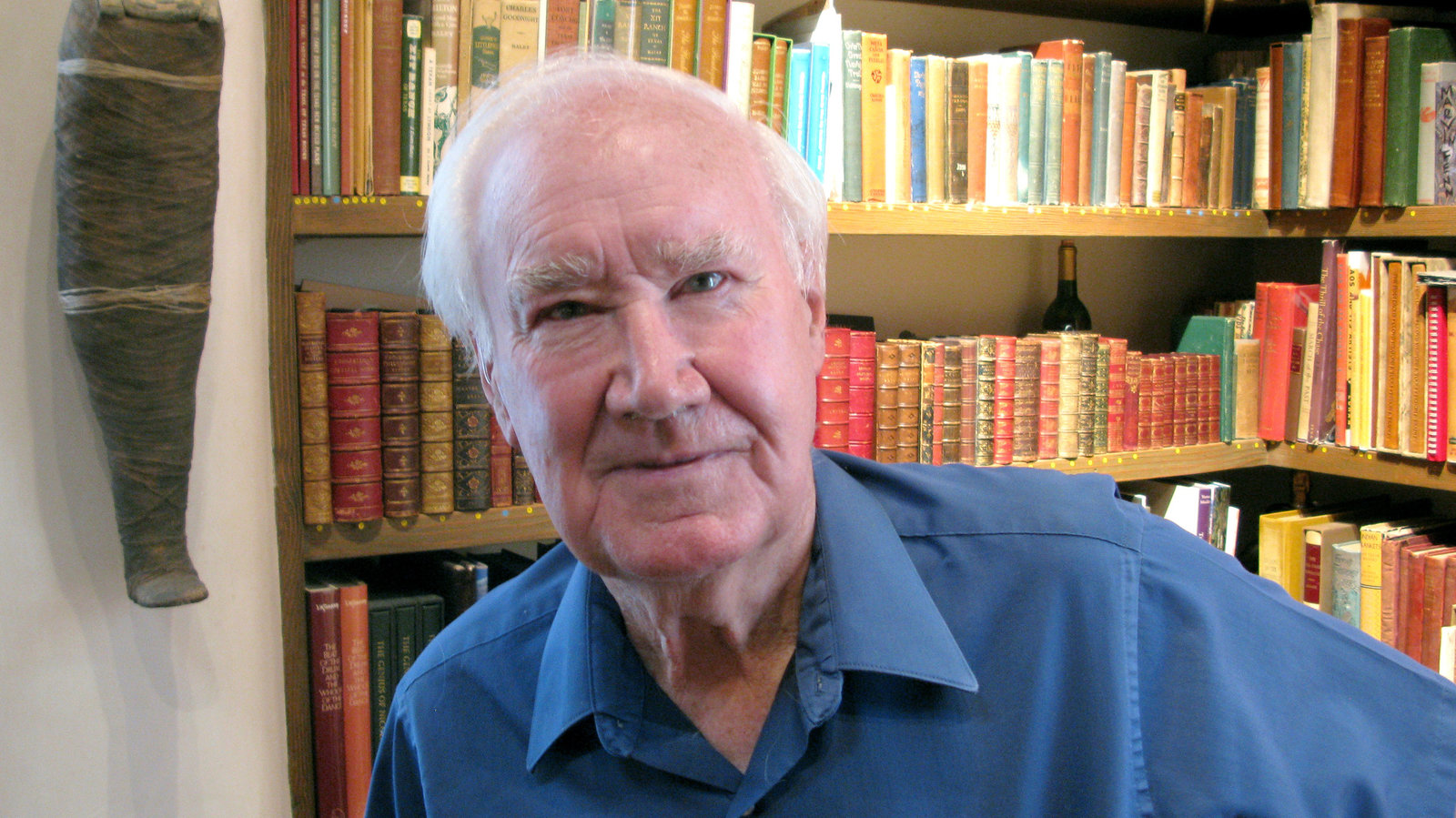 I personally was convinced that it was in an outhouse, but as Fenn stated specifically that it is not!

It would be great if the Steemit community could collaborate on this. Please ReSteem.

Looking forward to hearing your thoughts!

There is a collaborative effort to find the treasure on Reddit: https://www.reddit.com/r/FindingFennsGold/

money life fun travel sdc
2년 전 by jeff74750
$8.79
34 votes
댓글 남기기 32
Authors get paid when people like you upvote their post.If you enjoyed what you read here, create your account today and start earning FREE STEEM!
STEEMKR.COM IS SPONSORED BY

That reminds me of this hilarious movie Haha.. what movie is that?

Click on the image. It really is a great comedy. It might be inspired by the quest that you write about. I didn't check the years and stuff but it just might be ...

Hi, I am your new follower dear.

you are most welcome sir. Hi @jeff747, I just stopped back to let you know your post was one of my favourite reads and I included it in my Paddling Nature Ramble. You can read what I wrote about your post here.

This is one great idea to get families outdoor. Glad to see someone spending money to make a positive impact on society rather than those at the top who's greed robs the rest of society.

Let's see if anyone will find the treasure haha. It's great to see you are posting again @jeff747! :)

Thanks for reading and commenting. Good to see you here again! In regards to the treasure, I've been studying this quite a bit. I have much of it solved. I plan on seeing if I'm right in a few weeks. Keep you posted!

Hello @jeff747, welcome back in steemit, I am glad you can join again here, may always be successful friends.

Hello friend! Thanks for keeping me in your feed and looking out for me!

I found this treasure long time ago

I'll be happy to go if we can come up with a serious and confident place to seek it. There's a lot of land to cover. Study the clues and LMK.

good story friends, and become history, and worth to the example, success for you friend,

I heard about this. I think it's fabulous, very exciting, great idea by this gentleman. Someone should make a movie about this, I'd go see it!

Good luck to all that seek the treasure.

i do not think it's real

Ok. Just because you think that or you have put a lot of time in studying and seeking? There are thousands of people who certainly do think it's real and Fenn has come across as an honest and credible person. Everyone is entitled to their own opinion.

how fun!!!! gosh - can you imagine the person that finally finds this????

i hope it blesses someone immensely!!!! :)

Congratulations @jeff747! You have completed some achievement on Steemit and have been rewarded with new badge(s) :

I see you have not been posting for a while. You must be hunting for this treasure!

Congratulations @jeff747! You have received a personal award!

Do not miss the last post from @steemitboard:
SteemitBoard World Cup Contest - France vs Croatia

Congratulations @jeff747! You have completed the following achievement on the Steem blockchain and have been rewarded with new badge(s) :