$$$ RIP THIS MARKETS FACE OFF 100% FOR FREE. Click here: https://www.traderschoice.net/
PLEASE PAY IT FORWARD. This is an animal shelter which I personally support financially with monthly donations. Please adopt homeless pets. https://animalfoundation.com/

money stocks trading crypto bitcoin
3년 전 by marketreport72
$23.13
168 votes
댓글 남기기 171
Authors get paid when people like you upvote their post.If you enjoyed what you read here, create your account today and start earning FREE STEEM!
STEEMKR.COM IS SPONSORED BY Yeah you are right,all of coin now down.

Thank You, Gregory, Upvoted and Resteemed. See you this afternoon. BYOCB. Thanks for the advise on joining Steemit and for keeping us informed. I look forward to your daily information and comments.

Thanks Greg. Time for a Fake Market Award?
Look at that smash... 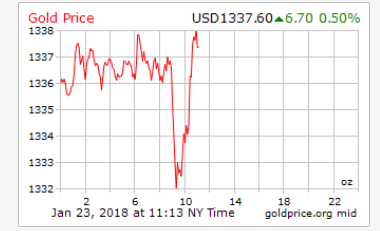 thanks for best information! GREG, aka Robin Hood we did UP VOTE and RE STEEM for all to see

Excellent report. I have resteemed it.

Dollar is getting crushed. Crypto is a saver.

Thanks so much for this information. It's quite helpful for deciding what to do with my investments.

Thanks for information Robinhood
upvoted & resteemed!

thank for information , sir.
I also love for the work of https://animalfoundation.com/ 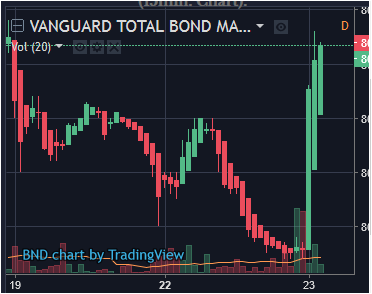 Thank you for sharing and archiving. I cannot see these charts on traderschoice.net while using my pad so I appreciate the snapshot.

upvote and resteemd sir and your rip system is always good

Great post..Loved your information and your video..Thanks for the information about stocks and cryptocurrency and market report..@marketreport

Wow great video about cryptocurrency and bitcoin..you guys are promoting crypto market. Because of you I learn more from you.thanks for sharing @marketport

Great to have you back!
Resteemed!

Great post. I think Ether is very high and I wait for a pullback. Steem could be soon a very good buy. Upvoted and resteem.

Welcome to the new trading day!

Thanks so much for sharing very valuable information

The market currently is scary to me. Got my money stocked in vibe before the huge fall. Now i can't sell. Don't know when it will pick up again.

The bond markets been heading downward. I've been waiting for the "mysterious buyer" lol to step up and buy. Today at opening they stepped up big time. Very impressive vertical green line on the chart @ traders choice, Gregory's web site....
https://www.traderschoice.net/
resteemed :-)

Hi Greg, thanks for the latest update. I believe that the Fed wants to see the dollar fall so I am not suprised to it falling day after day. All of the major powers are in a currency war as described by economist Jim Rickards in his book of the same name.

As for market rigging. Again no surprises there. In April 2016 Deutsche Bank, one of the world's largest banks, admitted in a US court that it has been rigging the silver price in collusion with several other too big to fail banks such as HSBC. Yet in 2013 the CFTC closed a 5 year investigation concluding that there was no evidence of precious metals rigging!

The price manipulation in the bitcoin/crypto markets s becoming more and more obvious and is worrying for those of us who are ordinary investors.

''The algorithm strategy has been to sell the monthly/weekly resistance pivot point and buy back at the first or second weekly support pivot, with a market making algorithm running in between these ranges.''

This has the effect of shaking out the average crypto trader as you have pointed out many times.

Many believe that crypto markets are dominated by small traders but as David Belle has observed it is dominated by large whales. (e.g. 97% of bitcoin is controlled by 4% of the wallets) who manipulate the market to their advantage.

Until the bond and stock markets collapse then I do not believe that we will see an end to this price manipulation of precious metals and the crypto market.

Looks like whoever sold all of that precious metal this morning in order to lower the prices wasted their time and money. Oh wait, it probably wasn't their money anyway.

Useful publication
Thanks for sharing it with us

It's very useful news.people should be benefited on this post.thank you for sharing with us..Such a great information.go ahead.thank you.

They will simply continue purchasing. It's rigged. They will purchase until the point when they are perused for the crumple.
OK !

Silver is down, so i'm still buying it!

thank you for this information

upvote and resteem done.
thanks for sharing sir....

Up voted! GAINED ON CAT!!

This is the only logical explanation. 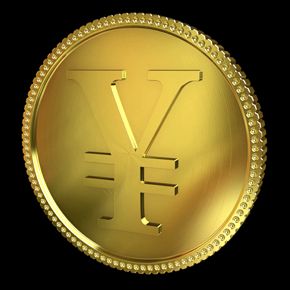 Great post as always. Informative and helpful. Have come to learn so much from your posts.thanks and keep up the good work. You are helpful and educative to interested and non interested both.

Thanks for sharing Robin Hood Sir They will just keep buying. It's rigged. They will buy until they are read for the collapse. @marketreport

thanks for information it helpful 😊

Upvoted and resteemed Sir. Thank you.

Would love to have opinions from anyone on what is going to happen with this economy this year.

Everything will down for some month..

Thanks for maintaining your website...I've never seen a bond chart like what is happening today

thanks for the crypto info upvote resteem done

Its very sad all is down right now :(

RESTEEMED AND UPVOTED. Thanks for the video.

There will be that day of reckoning you have been warning us about. Not going to be pretty.

Thanks for the video! upvoted and resteemed.

Is there some way for us to roughly estimate how much value of bonds that was bought by causing this jump?

Resteemd and upvoted of course ;) 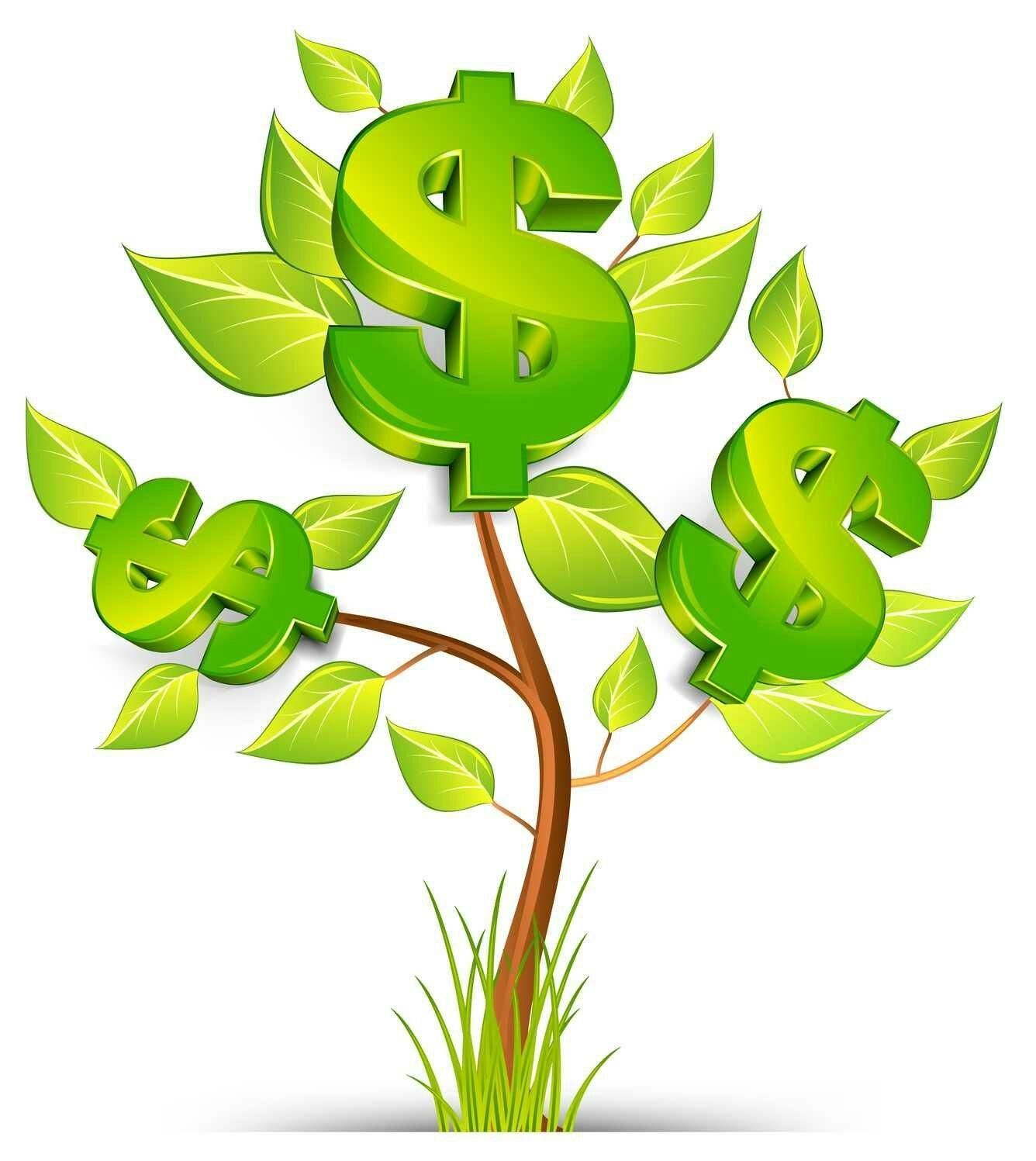 This stock market keeps going higher ... amazing. Looking at the technicals, how long can they keep it from popping is fascinating to watch! lol

Your post is really informative..i learn more from you.because of you guys we know about the situation of cryptocurrency.
Thanks for sharing @marketreport

Upvote and resteemed done now.and thanks for given nice post @marketreport

Been watching for a short time now. Thanks for the posts! Upvoted, followed and resteemed today.

sir Such a wonderful and thankful work my dear friend... Actualy....I'm always respect to your works @resteemed and upvoted

Gave you a shout out in this one Greg!
Alert!! Quick Cryptocurrency FUD update! Not Clickbait! Live Bitcoin Dollar Manipulation! https://steemit.com/bitcoin/@josearteaga/x5tymq5f

If the wizards are truly trying to shake people out of BTC and other cryptos then once they feel their objective is complete they will run the price up again so they can wash rinse and repeat this cycle until they have completely reversed the transfer of wealth that BTC was initially meant to facilitate for the people. Can anyone or anything bring down the wizards that ruin lives around the globe?!?

Greg, The DXY chart you recently added to traderschoice.net is displaying weekly candlesticks rather than daily, or even some inter-day time interval (i.e., hourly or 15 minutes). Just wondering your reasoning on this setup? I'd personally would prefer to see hourly increments at a minimum.

Thank you so much for the daily commentaries as usual. I would like to share a "gofundme" project with you. This is a genuine request by an exceptional violinist who got into a serious accident last year. He has not been able to play the violin since then, and he is in need financial help for a big surgery in March. Please read his story so you can understand a little bit of why this money is needed -- the insurance won't pay for it, basically.

Being a musician all my life, I truly feel his pain and suffering. But in his words, he still shows lots of hope and the will to fight this battle. Please also read his reply to a blog post on violinist.com:

This was my first time donating to someone whom I don't really know on gofundme. But I know this is a genuine story, and I am hoping you will help spread the words and maybe even help him. On his gofundme page, he has shared some of this beautiful playing on youtube. I hope you also find his playing to be beautiful and enjoyable. He is truly a wonderful musician.

Greatly appreciate your letting us know when you get in and when you get out. It would be most educational if you would teach us what clues you when to get out. I thought CAT would go much higher today and called it wrong, but got out when I saw your tweet, so most appreciated. Upvoted and resteemed.

everything is ok,
keep it up,
great share,
thank you