The Trading Week Ahead: Opportunity Abounds For Us My Lions! By Gregory Mannarino 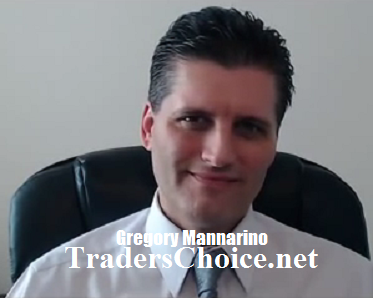 The fact of the matter is actually very simple. The US economy is not nearly as strong as the mainstream financial experts want you to believe, (nor is the global economy for that matter), but this is the narrative which must be maintained to keep confidence in the system high.

What we do have are multiple bubbles and malinvestments which have created financial distortions across the spectrum of asset classes, a situation which has been created by the Federal Reserve artificially suppressing interest rates for the better part of a decade. Still, I believe that the Federal Reserve has no choice but to raise rates.

Frankly, I do not care what the Federal Reserve does, I just want us all to profit from it. (Roar!)

When the Federal Reserve raises the Federal funds rate, it affects the short end of the curve more so than the long end, therefore flattening the yield curve even further which is a concern longer term.

Just this past Friday, yesterday, after the NASDAQ hit an all-time record high we experienced a hard rapid selloff across at the tech sector, it is very important for us all to keep an eye on this.
One of two things is likely to happen which will bring opportunity for us in the coming week.

Number one: We will continue to see pressure build on the tech sector which has the potential to bleed off to other market sectors (creating opportunities to go short the market) or.,
Number two: When The Federal Reserve announces a rate hike the tech sector will rebound because in the short run cash may actually leave the financial sector (as a rate hike is already priced in) and simply seek another place to go.

money blog stocks business trading
4년 전 by marketreport72
$77.41
291 votes
댓글 남기기 43
Authors get paid when people like you upvote their post.If you enjoyed what you read here, create your account today and start earning FREE STEEM!
STEEMKR.COM IS SPONSORED BY

Greg, I dont belive they will raise the rate. At this point they and we have to start getting things back to fair market value. More us then the FED. I dont believe the FED could care less. It will be intresting on the 14th. Thanks for the info my friend.. stack it high while its low.

Your analysis is correct in as much as rates should not be raised in a failing economy. However, failure to raise rates after so much anticipation has dire consequences for the Fed and the dollar. If the Fed fails to raise rates then that is a huge loss of credibility and confidence. In short they would be admitting to all the lies about the economy. What would be the foreseeable consequences: loss of value in the dollar, loss of confidence in the banking system further withdraws, bitcoin and gold driven higher in a move to safety. It would be almost suicidal. Should be a fun week, remember "Jack be nimble Jack be quick" there is a burning candlestick.

"Profits Roar" Greg. Thanks again. I think that FANG flash crash was just that - a flash crash. There are, as you say Greg so many Distortions in this market because of the PPT that we will be seeing many more of these (Flash Crash) as we move forward. I think you are right the FED will raise rates - But has that caused rates to rise after they raised rates the last time? No. At least Not much and Not for long. Everything is "Rigged" people - Except Cryptos. Go long BTC and especially ETH.

You may be right, we shall see.

I'm not a shrink but know enough to say that schizophrenic behavior is virtually impossible to predict. I really think the FED policies are insane.

Screw the Fed!!! @marketreport
Follow Gregory for a safe path thru the storm...
I do with Success!

Agree, all you have to do is listen. He will send you on the right direction.

That's really all you have to do. It's to Simple... lol

Thanks for the info Greg.

I am no longer interested in what the FED does! All my money is in physical Gold, Silver & Crypo! Would love when you write more about this things and thank you for all the good long term advice!

Agree with you and in that order! 👍

Thanks Greg, i am in two minds about the fed raising or lowering . They probably shouldn't , but they seem hell bent on doing it . Not sure if it is because of political bias or wanting to instill false confidence . Either way Wall street will be way ahead of them .
Upvoted and resteemed Greg , thanks for your post.

The Russia allegations have failed and are now backfiring, uncovering a slew of nasty corruption schemes. It seems the powers that used to be in this country have run out of lies. Now is the time to burst the bubble(s) and cause mass chaos. They will put the blame upon the Trump administration and try to make a claim that the administration is unfit to run the country. I had a dream that this chaos would happen around a lot of infrastructure and Trump just announced a Trillion dollar infrastructure plan.

Was STEEMIT created by the FED? Interesting question and would like someone to answer?

Hi Greg, I've just posted an article that I think you might like. I'd be very happy to get you opinion on it when you have a chance to check it out. Thanks!

I am starting to see more articles and interest in mainstream news about cryptos. I wonder if a continued flattening or possible inversion of the yield curve will pour money into the crypto sector? Or am I really just hopeful?

I am not too concerned if they raise the rate or not. I think it is more important to protect yourself from a falling dollar's value and make some money along the way. ROAR!!

I thought you were taking a day off Greg! I love your advice but you need a holiday!

I don't trade but I still keep an eye on the market dynamics I really appreciate your honest assessments on the markets. Thanks for letting us know how you see things.

Thank you for continued updates Greg.

I am looking into how to buy the cryptos. I can see that we will be heading into a technological society more and more as Cliff High says and we will need new currency. We don't use the old coins anymore and this paper will be history someday.

Gregg you have always said watch the DoW transports, they appear to be moving sideways at the moment, is that correct ?

good info, thanks for sharing

They'll raise just because they've been talking about it for so long. They don't know what they're doing. They just react any way necessary to keep game going as long as possible. They most know they can normalize. It's just a matter of confidence in the system now. The statement after the meeting is key for the markets.

Hi @marketreport, following your videos closely. But true be it what the market does, as long as we profit thats what important since we cant control the market since its manipulated.

I'm on board with Ray with them not raising rates but I've seen them do it here lately so who knows. I get both sides of it and just don't think they're quite ready to flip that switch just yet. Each time they raise em' it closer and closer. Funny though how a normal Joe can't go down to best buy and buy a top o' the line printer and start running $100's but the fed does this digitally day in and day out 24/7 and has been for a loooooong time keeping this economy afloat. Hmmmmmmmmm, not really all that funny.........

Feds raise rates my guess will be something so small... just to say they raised it. The economy cannot survive a big hike, people are already losing their homes at an alarming rate and they say the economy is fine, BS. I look at (pick your area) and just see how many homes are in forclosures or auction! It's unbelievable

I don't see a rate rise myself.

Great post Greg. Yeah, that blast that hit the entire tech sector came out of nowhere! Someone BIG is selling? Maybe FED reducing its balance sheet? The weeks ahead will be interesting indeed!

Totally agree, I think they will raise rates and the market is resetting a bit right now and will go higher in end of June and July.
This is just a reset and a buying opportunity is just around the corner!
Love your commentary as usual!

Hey Greg! Been out of the country for a week. I look forward to getting all my financial updates through your blog and video reports. Mainstream media doesn't compare to your honest and detailed updates. You continue to make me money and just want to say thanks! Your pack of lions are growing every day.

Great post. I also believe that FED will raise rates, because they MUST. They are so far behind the curve. I expect Janet Yellen to lie again at press conference about US economy.

I hope they put up interest rates sky high and crash this completely ridiculous thing we call a financial system, it's nothing but a sick joke played on all of us. Cheers Greg

I Believe If The Fed Raises The Rate, The Elites Are Ordering The Fed To Do So ! Why ? So They Can Cause The Collapse Of US Economy And Bring In The Cashless Society That, The Elites Will Control With Their Own Cryptocurrency Called,"Fedcoin" And Then They Are Going To Outlaw All The Other Cryptocurrencies !

This post has been ranked within the top 10 most undervalued posts in the second half of Jun 10. We estimate that this post is undervalued by $162.44 as compared to a scenario in which every voter had an equal say.

See the full rankings and details in The Daily Tribune: Jun 10 - Part II. You can also read about some of our methodology, data analysis and technical details in our initial post.

I was talking to a coworker who is client of William O. Neal firm... he said that on Thursday they were selling their positions on tech stocks. Then on Friday BAM!!! He also mention the money is moving to Financials and energy (oil?) maybe ... so Greg we may see some big event that will make oil $$$ again. Thanks for all you do

they will raise the rates to continue the lie, I think Janet is a democrat .

Next week will be interesting. Thank you for all your deep insight information to set us on the right track.

Yes, whatever they do let's profit from it. I like that. Thanks Greg.

Janet Smellin Yellin needs a shot of Thorazine so she can shuffle her way back to where ever she came from. Fed Dumb...Greg Smart. :C)