This ONE THING Can Kill Bitcoin. Gregory Mannarino 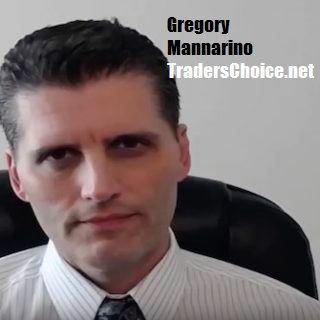 If Bitcoin is to act as some kind of "currency," IT MUST HAVE PRICE STABILITY. Without price stability Bitcoin will fail in that regard and it's price will plunge.

money stocks trading investing bitcoin
4년 전 by marketreport72
$5.41
105 votes
댓글 남기기 57
Authors get paid when people like you upvote their post.If you enjoyed what you read here, create your account today and start earning FREE STEEM!
STEEMKR.COM IS SPONSORED BY

I believe that each time when BTC grows the price swings will decrease! We're just not there yet...

The volatility is what has kept me out of BTC so far. Wild price swings. Resteem.

updating about bit coin up vote plus resteemed

I'm not sure I agree, at least not exactly. I see your point but my response would be that Bitcoin could be a currency with a very special use case, and in this space be a functional "currency" but this word is being stretched in a sense.

And gold can be used in enough situations that it has established itself in the minds of an adequate threshold of people as a thing of value.

To me this is the question as to whether a thing has value or not? Do an adequate number of people agree the thing has value, whereby the community that do accept it is sufficient for one to reasonably rely upon that object or thing as a "currency" or money?

In the case of gold it would be hard to buy groceries with it, but you could probably in certain situation with the right connections buy a property with it. Not easily but possibly.

I see bitcoin in the same way, could you easily buy your groceries directly with it? Not today, not with the fees, transaction delays and price volatility. But could you buy a plot of land with it? Not easily but possibly.

So it is a medium of value exchange, but with a very niche function.

Does price volatility hold Bitcoin back from mass adoption as it pertains to being a functional currency, yes. But yet people are using it now through cards like TenX.

In November alone 20 million dollars was spent on the TenX card, across a user base of 100,000+ users, in Europe alone. And right now those purchases, and that card, are entirely funded by Bitcoin.

So some people do use it as currency, and more will next year, despite it's volatility.

If you are asking if volatility holds back BTC's mass adoption as a currency, I think the answer is yes, if you are arguing that BTC cannot be a "currency" until it stops being volatile I think you are objectively, and verifiably, incorrect.

You are right sir, every thing needs stability.

It will plunge eventually, but it's needed in the present climate and could be around for some time as a "safehaven", for the short term it is going to make a lot of people a lot of money.
Thanks Greg, please up vote me!

When an infant is born, you don't demand it walk - or it's not a human. Bitcoin has proven itself technically with a 10 year record. I still laugh that you jumped out pre 10k with cold feet. You're missing the bull market of 1000 lifetimes.

Yes asset backed crypto will emerge as that will be provide the confidence when fiat currency fails.

True but would you rather lose purchase power when someone click the mouse to expand the currency supply against the majority wish. I can't see any ordinary person that agree with the inflation is good nonsense. Ordinary people want stable price and stable currency. There is the added benefit that there won't be two tier tax. I mean some with have a higher starting point but at least it will most likely be more fair until that system become corrupt.

As soon as the futures go live they will have an effective tool to control the price of bitcoin. Right now bitcoin is untested in a crisis, & attracting a lot of get rich quick money, not risk off money. There is no perfect system, when too few have power they abuse it.

You are right about the hot/blind money in bitcoin. However bitcoin is not a crop or metal that you are buying future supply so future market is really a joke. The future market will remain a casino for those betting in fiat for fiat.

There are a lot of very smart & corrupt people working on those futures, so I think there is a hi chance of price manipulation. I am hopeful but have studied too much history.

"Someone" ;) is messing with BTC just because of that very reason i think .. Someone who totally wanna crush all confidence in BTC... its too soon to consider bitcoin as money or currency, its a baby that its growing, just wait.

can i resteemit your blog

when create your new blog

I'm pretty sure it will stabilize once the price discovery is complete.

Thanks for giving the chance to enjoy this beautiful news!!

I am waiting for your new post. thanks for sharing

your every video i see

I totally agree with you Greg, but do you not feel bitcoin is still in the crawling stage. Let’s watch and see going forward.

Wont it be profitable to convert crypto into some currency with lower market capacity????????? bitcoins are making so mucg progress right now all for what coz it has only 21 million market cap max... if u invest into something into even lower market cap then today or tomorrow u can make way more money...plus bitcoin mining is becomng so expensive now that unfortunately people will lose interest i think investing into btc wont be the best option u hv right nw

the declines have always been. then it went up again

Spamming comments is frowned upon by the community.

Continued comment spamming may result in action from the cheetah bot.

Can i resteem your blog. please tell me sir

Please resteem all my posts.

Not to mention very few people seem to have the lions share, never a good thing for an economic device

i waiting for your blog.