It's been a month already that I have posted about my series on Wealth Giles from the book of T. Harvey Eker's "The Secrets of the Millionaire Mind". I really wanted to finish all those seventeen wealth files, hopefully I'll be able to tackle it until next month. Good luck to me! Hahaha

We are down to Wealth Files #5 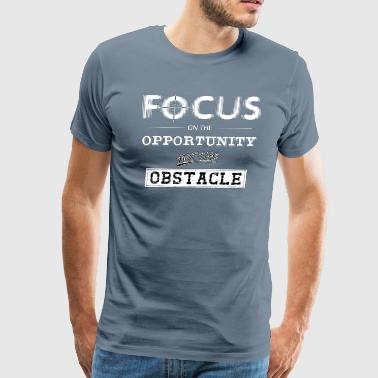 Have you ever wonder why most people have the so-called Midas Touch? Take Donald Trump for example, I know a lot of Americans despised him being the president of the United States. But come to think of it, he is one damn Billionaire. His mindset is not about millions anymore but billions. Several years ago, Donald Trump was said to be bankrupt and was in debt. However, because of his Mindset of making opportunities out of troubles he quickly get out of it and was able to come back with hundreds of millions more.

So what Am I trying to point out here? Rich people focus on the Opportunity, while the poor focus on the problems. If anyone of us would have been in Donald's place, would we come out the same as his? Or probably we would have been a beggar in the streets now, without any properties or money left. It is because rich people are problem solver. They like to solve problems-money problems. While the rest of us hates to have money problems. A real big difference.

Robert Kiyosaki said that entrepreneurs are problem solvers, because they look for problems and solve it by selling the solution to that problem. Everything we buy now is a creation of the businessmen to provide solution to our needs. Apple has been the first to innovate the cellular phones in the world through its IPhone series. We were so happy with Nokia then, until IPhone came and the craze went on until today.

Have you ever think of an idea, that you have been thinking about for so long? You know it is a good idea to work on? But is always stopped by the fears that they will not succeed. Then came one day, you saw or heard someone is going to put up a business with the same idea of yours? Regret happens. Most of us are stuck in the Analysis, Paralysis moment. We analyse, think, analyse but never act. Richer people act in the first instance of their idea, and work their way out through all the ifs and buts.

What you focus on multiplies

The Law of Attraction states that whatever you focus on multiplies. Have you ever experience this? Example you wanted the new release of Iphone, you want it so badly but do not have the money yet to buy. All through the day, most of the people you come across with are using the phone you badly wanted. That is the Law of Attraction working on you. You let the Universe know of what you desire and it keeps on popping its way towards you. The only thing you need to do is ACT.

Nothing will happen unless we take RISK, if we keep on thinking the things that won't work, then stop thinking about it because it won't. I believe there are lot of opportunities waiting for us everyday. All we need is trust and faith in our self, and get out of our comfort zone. Let's not be afraid to fall, because it is in those failures that we become better and succeed.

motivation money psychology finances steemit
2년 전 by chillinph52
$3.57
37 votes
댓글 남기기 9
Authors get paid when people like you upvote their post.If you enjoyed what you read here, create your account today and start earning FREE STEEM!
STEEMKR.COM IS SPONSORED BY

ResteemBot's Maker is Looking for Work.

This post has received a 0.26 % upvote from @drotto thanks to: @banjo.

It's easier to focus on the obstacles because are right in front of you, but aiming the opportunities will make you jump over the obstacles. If you have time check my post. It's related to your topic.

Done reading your post. Great article! Thanks for dropping by :)

Congratulations @chillinph! You have completed some achievement on Steemit and have been rewarded with new badge(s) :