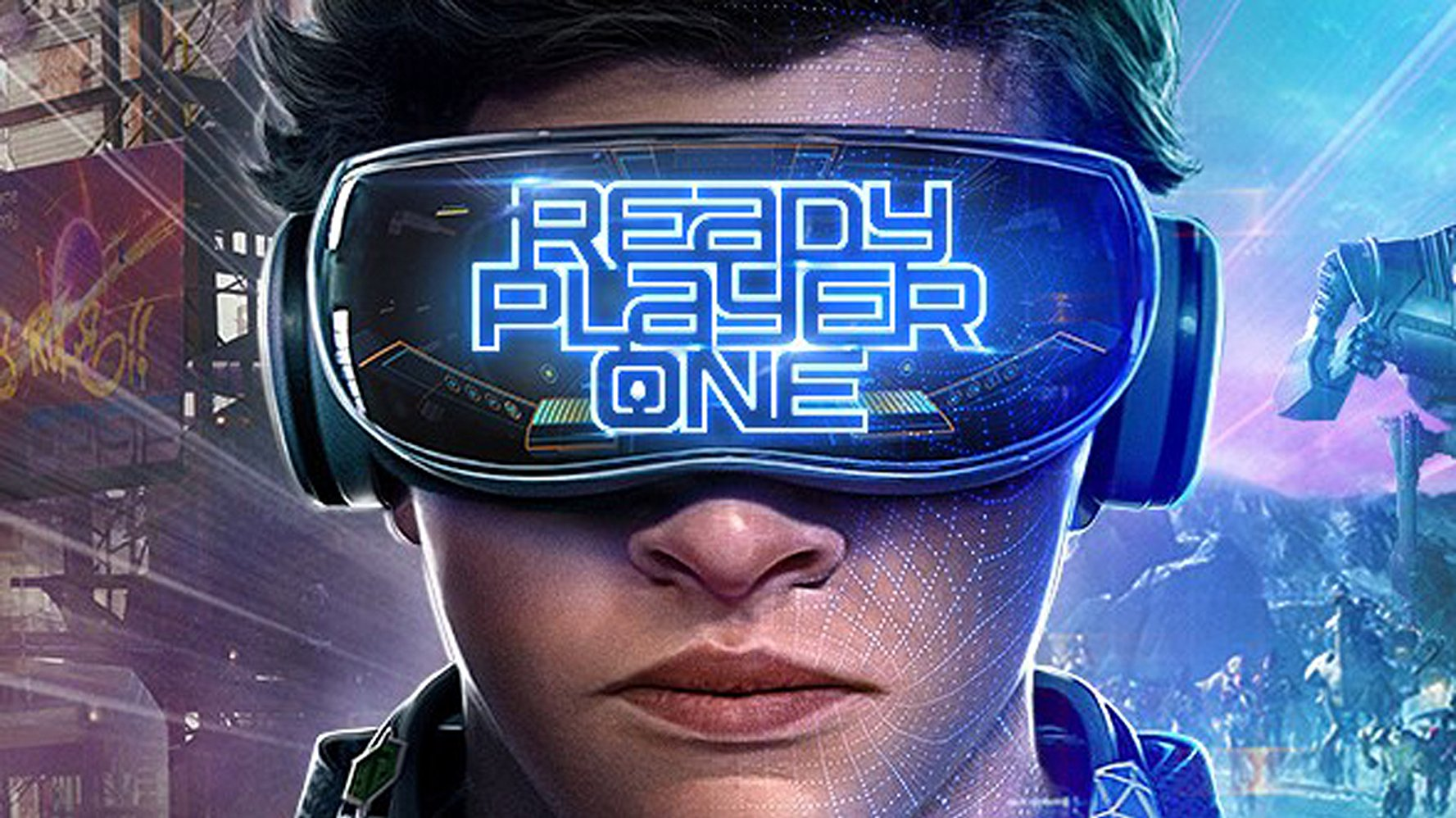 If you are a fan of the 70s or 80s, "Ready Player One" is the movie for you. In the year 2045, most of humanity spends its life in a virtual universe known as the OASIS. The story is about the young Wade Watts, who decides to go in search of the hidden objects left by Halliday (Creator of the OASIS) dispersed and obtainable after a series of secret challenges, whoever finds them, will obtain half a billion dollars and total control of the OASIS.

An interesting story about a utopia within a dystopia

Wade Watts (or Parzival, as he is known in the virtual world) with Aech, his best briend online.

The story of "Ready Player One" takes place in two places, in Columbus, Ohio, where Wade Watts lives, and in the OASIS, a virtual universe in which humanity passes the most amount of their time.

The real world has deteriorated over the years, everything is more neglected and people no longer feel comfortable there, so they prefer to be in the OASIS, the other side of the coin, a beautiful world where you can be and do what you want. Wade Watts in the OASIS.

When I told my dad about the movie, he said "Ah! It's like "The Matrix" but conscientiously" and yes, it's a valid comparison, with the difference that the virtual world of Matrix simulates the reality, while the OASIS is more comparable with a virtual reality video game, in fact I find several similarities with "VRChat", but of course, a thousand times more extensive and advanced.

The famous DeLorean from Back to the Future.

The film is entirely made to honor pop culture, movies, videogames and music, you will notice lots of references throughout it. "The Iron Giant", "Akira", "A Nightmare on Elm Street", "Back to the Future", "Speed Racer", "King Kong", "Overwatch", "Street Fighter", "Gundam", "Chucky" are some of the references and Easter Eggs that you will see in the movie, and that's just that I noticed in trailers, imagine all the movie, heh.

Usually it is pretty bad to abuse the references in a movie, because it ends up losing the originality, but in the case of "Ready Player One" it is different, the film is good by itself, the references only complement it and are well explained, it does not depend of them to be good.

Making all those references was simple for Cline in the novel, because there were not problems with copyrights, but making the film adaptation, it became more complicated. Spielberg had to work hard to get the rights they would need to implement all the references, of which they got 80%, the rest had to be modified, for example Ultraman, who appears in the novel, was replaced by The Iron Giant. On the other hand Spielberg felt that it would not look good to make references to his own films.

During most of the film, you will listen to a large collection of pop music from the time honored. Each theme was very well selected, they are sufficiently well-known to transport us to the time without you having lived it.

Originally the master John Williams was going to be in charge of this soundtrack, but after committing to "The Post" (also of Spielberg), he was replaced by Alan Silvestri.

Mark Rylance plays as Halliday, I liked this character.

"Ready Player One" is not another banal Blockbuster that we will see, we will enjoy a while and nothing else will happen, no, this film is intended to give us a message related to the amount of technology that surrounds us nowadays. But of course, I will not ruin the surprise 😉

At no time in the movie will you get that "Meh, I'm gonna wait to see if something interesting happens", no, the whole movie is exciting, interesting and gives enough suspense to not take off the view of the screen from start to finish. I left totally satisfied the cinema after watching it.

If you are considering going to see it, do not think about it anymore! Go watch it right now! I assure you will not regret.

But if my review is not enough to convince you, dude, watch this trailer and that will change.

And some promotional posters, which without much effort, you may notice something curious in them.

Each of these posters is a tribute to a particular movie. Can you recognize them all? I challenge you to comment what you recognizes!

All the images are from IMDb

movies movie film cinema art
3년 전 by ikeror50
$81.81
360 votes
댓글 남기기 21
Authors get paid when people like you upvote their post.If you enjoyed what you read here, create your account today and start earning FREE STEEM!
STEEMKR.COM IS SPONSORED BY

Impressive review, I'll make sure to watch the movie given the opportunity

Wow, this came out of the left field! Great analisys man, you just convinced me to watch this movie!

I'm glad to know you liked my review! I hope you watch it and tell me your opinion!

Wow! Great analysis,
i just watched this movie and its really good, not awesome but still very good.
u can watch it too here:
https://www.iwatchflix.xyz/ready-player-one/

Thank you! I'm glad to know that you liked my post (and the movie)! Hahah

I already wanted to watch this movie, but reading your post made me feel so excited about it! I love when references are used in such a good way that it makes the movie better than it already is, instead of being an excuse to (only) appeal nostalgic fans.

That's right! That's something I don't like about "Star Wars: The Force Awakens".

Oh, but I loved TFA! I feel it more like a parallelism between Episode IV and VII, to show the whole saga as a full circle that's closing. And I really, really loved The Last Jedi; I know that's a controversial topic, but I dig it.

Oh, that's ok! I liked The Last Jedi! I have some problems with that one, yes, but I liked it and I think it's better than The Force Awakens... TFA is the only Star Wars movie that didn't make me say "Wow!", I don't know, it's a bit boring to me, probably from a subjective point of view.

I totally get that! I think the only Star Wars movie I don't like is Episode II. On the other hand, Rogue One is my favorite, it's funny considering it's not an episode but it's just soooooo great and I love it so much, after it comes The Empire Strikes Back, of course.

Congratulations @ikeror!
Your post was mentioned in the Steemit Hit Parade for newcomers in the following categories:

I also upvoted your post to increase its reward
If you like my work to promote newcomers and give them more visibility on Steemit, feel free to vote for my witness! You can do it here or use SteemConnect

Hello @ikeror,
I really like the format of your post, neat and easy to read. so, can you teach or tell me, how to make a post with that format?
Ex: Justify paragraf with image and description!!

And here is the result:

Mark Rylance plays as Halliday, I liked this character.

"Ready Player One" is not another banal Blockbuster that we will see, we will enjoy a while and nothing else will happen, no, this film is intended to give us a message related to the amount of technology that surrounds us nowadays. But of course, I will not ruin the surprise 😉

I opened the code <div class="text-justify"> at the beginning of the whole post and I closed it with </div> at the end of it.

Thank You @ikeror for the response and explanation. this is really useful for newbie like me.

The new @curie Author Showcase is now up and ready for viewing.

Great! Thank you! I'm very happy for this.

Having read the book no less than 5 times I found myself excited to see this movie probably more than any other movie in my life. I did enjoy this movie and will undoubtedly watch it again but I did come away feeling a little let down. I understand the need for Hollywood to make changes to a story to keep the story moving and also understand this movie had to overcome some MAJOR licensing obstacles but the changes to the story changed the original story considerably. From the brightside I'm looking at it like 2 different stories for the price of one.

I definitely recommend that people see the movie and hope it will draw more people to read the book. The book, to me was a masterpiece of 80's pop culture.

I haven't read the book, I want to read it and "Armada"!

Having read the book 5 times and Armada 2 times I highly recommend them both. I'm a bit of a nerd for a good Sci-Fi/Fantasy book and when coupled with heavy doses of 80s pop culture I found myself entirely GEEKing out.