We've been curious about the Lords Of Chaos film, based off the 1998 black metal history book Lords Of Chaos: The Bloody Rise of the Satanic Metal Underground written by Michael Moynihan and Didrik Søderlind, is currently in production. It's oddly been described as Trainspotting for the millennial generation.

The film stars Rory Culkin as Euronymous, Anthony De La Torre as Hellhammer, Emory Cohen as Varg and Sky Ferreira as Ann-Marit. The movie is directed by Jonas Åkerlund, who in addition to being a renowned director, also happened to be a former Bathory drummer. Footage recently surface of the shoot in Norway. Today, a new poster for the film has been revealed. 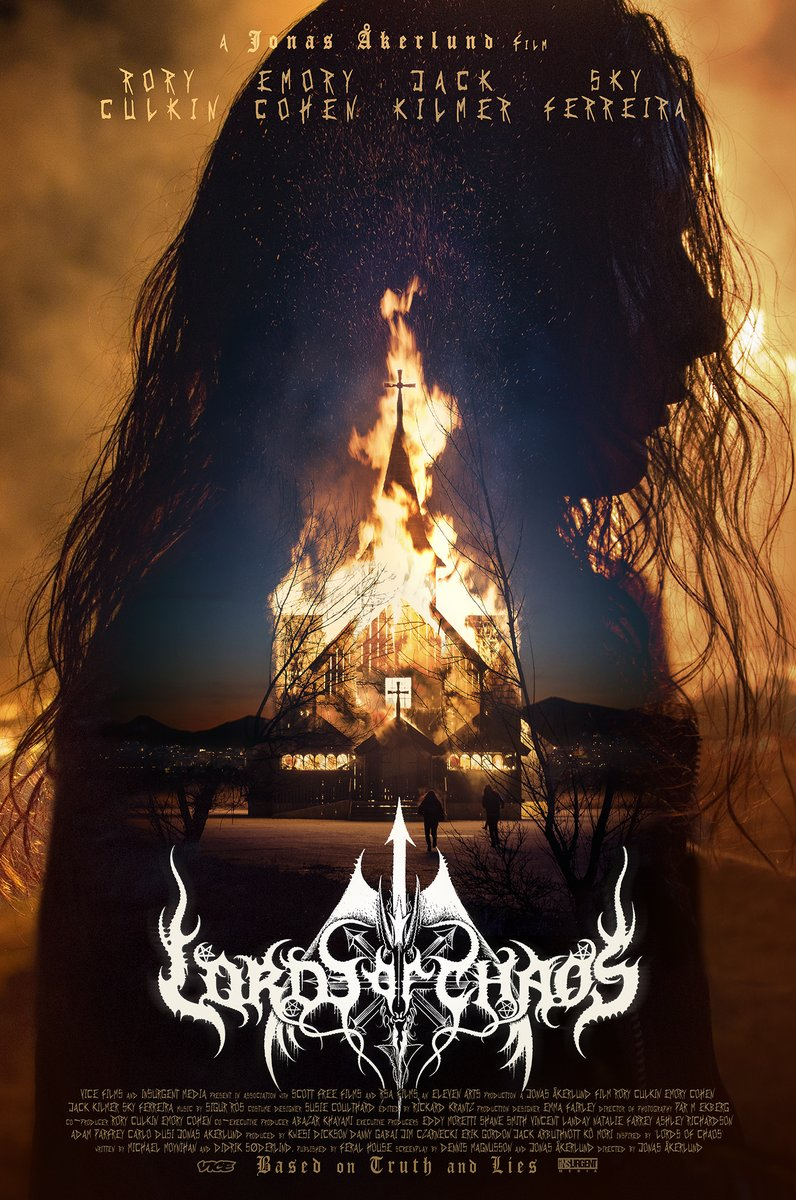 The film will premiere at the Sundance Film Festival later this month, and music from Sigur Rós will appear in the film. A 2018 release is expected.

music news rock metal cervantes
4년 전 by gerardmetalhead35
$0.00
1 vote
댓글 남기기 0
Authors get paid when people like you upvote their post.If you enjoyed what you read here, create your account today and start earning FREE STEEM!
STEEMKR.COM IS SPONSORED BY