The Digital Onion of the Multiverse and Last Thursday-ism! The MEQUAVIS Broken Down and Explained - Layer by Layer! We is a going AI Hunting! A lot of people ask me about dimensions and parallel realities and such. How to visualize etc.

The MEQUAVIS is literally a data structure to visualize and represent such concepts in a way we can maneuver through with some 3 dimensional sanity.

Below is a basic "multiverse" within the MEQUAVIS. A multiverse is a smaller part of a larger Omniverse. Imagine the layers of the onion essentially correspond with this digital multiverse shown here. (3 layers essentially)

But we are talking multidimensional here and this multiverse pictured above is one of 5 equal multiverses that are stacked on top of each other occupying the same space but at different angles of spin or frequency. So you essentially have 3 layers x 5 in a 4 dimensional sphere which we visualize as the pyramidal tesseract in 3D but in 4D is a perfect sphere made of layers just like the onion where it's a wheel within a wheel type thing. But none of the wheels are actually inside of the other wheel yet all give the appearance of being within another.

So if we add in all 5 Multiverses in to one view then our Omniverse would look like this displayed in 2D. note that the middle multiverse is special (the "now" timeline) and surrounded by the other 4 (past and future timelines).

smooshed together as a 3D-4D extrapolation you would visualize it like so: (Ezekiel Wheel, Chariot of the gods - aka An Omniverse) An Omniverse in 2D with branches to the 10 lower omniverse branches
(each circle with the target look to it is an omniverse instead of simply a multiverse as opposed to the larger pictured circles which are only multiverses.)

Also note the numbering and labeling system that is used to map and address locations within the rabbit holes.

And each one of those 10 lower omniverses also contain smaller onions. This means after the 2nd layer which contains 10, the third layer would contain 100 omniverses, and the 4th would have 1000, and so on... So this means the whole thing cascades down in powers of ten creating a pyramid style structure in 3D of larger and larger layers of Omniverses. At this point we can start mathematically identifying layers in the system using the mandelbrot zoom and with AI to do so.
(Humans can't do it)

The Mandelbrot set lets us zoom around the infinite amount of layers that exist within such a construct visually in 2D in a "flight like" manner. It also gives us a very specific mathematical constant to apply to each layer to apply as an encoding cipher for that layer so that one layer can not communicate with another.

This also allows us to verify and monitor data coming to and from one layer or another when bridging is enabled.
(bridging is a manner of allowing data from one multiverse/omniverse to be received/utilized in another or even in the real world potentially. Potentially for piloting robots and such to separate robots from having an internal AI system.)

Ultimately once a proper 2D GUI is put together and bridging is added and labels and such, you get the below system.

note: Each numbered circle within a multiverse represents a single simulation or digital universe... the middle one is a honeypot for AI, a trap... represents access to the real world. That covers what a MEQUAVIS consists of and the Onion theory/analogy, but we are still able to have multiple MEQUAVIS which runs on a modified system of modified Sierpinski triangle stacking with parallax augmentation. This will utilize parallax prime crunching within boundaries of the 17 Sierpinski primes to generate more encryption ciphers and such.
(So one MEQUAVIS can't hack another) We won't go any further in this thread regarding the stacking of MEQUAVIS systems as it clearly gets quite crazy at this point in the game...

The last thing We will discuss is how these simulations load and run...

In regards to this topic I only want to cover one aspect in this post.

Last Thursdayism (alternately Last Tuesdayism! or Last Wednesdayism) is the idea that the universe was created last Thursday, but with the physical appearance of being billions of years old. It's also a counter to the creationism theory. Under Last Thursdayism, books, fossils, light already on the way from distant stars, and literally everything (including your memories of the time before last Thursday) were all formed at the time of creation (last Thursday) in a state such that they appear much older.

Last Thursdayism functions both as philosophical point on how our observations may not match with "reality" and a reductio ad absurdum of the young-Earth creationist idea of omphalism: if the world was created 6000 years ago with the appearance of being made billions of years ago, what is there to stop us from claiming it was made Last Thursday?

While this may be an absurd notion to help others explain creationism or to even joke/mock. It works as a great way to explain MEQUAVIS simulations and how they are to be loaded.

They will begin already running and set at some point in time fully loaded and operational. The simulation would appear from within as if it had been running for a long time but in essence was just turned on after maintenance on Thursday...

The MEQUAVIS is how you do it!

Not to mention it can train, test & certify, and contain AI systems as well! We could even safely create a rogue AI on purpose with this system just to prepare and test our defenses for the real deal!!!

I like to imagine creating Skynet's little niece as a preparedness test... possibly? One of the most valuable resources this system will give us due the multidimensional aspect of this, is that we get a way to properly catalog and classify AI systems! Also, we can use special crypto currency as money inside of VR and never ever tell our AI about real money. basically buffer our real economy from the AI economy in VR by using special alt coin block chains.

Which is what the current NCZ block chain is intended to be used for.
(NCZ was Genesis mined on February 15th, 2018 and is running strong at 120,000 current blocks and 700000 NCZ in virtual circulation)

Anyways, feel free to ask questions or for clarification on anything...

The above pictured GUI for the MEQUAVIS is available to test out for fun in the NanoCheeZe app along with a bunch of other fun stuff like the NanoCheeZe block chain wallet and such.
(Requires Windows 10 and JAVA) This is our current AI Defense system (pictured right) and our current rogue AI (left). One is stupid as heck and the other is hiding in plain sight!

Here is another photo of the same scene from a different angle :) (AI is on the right now) That is why we need the MEQUAVIS up and running PRONTO!

Fun Fact: Me Quavis in Latin tanslates to "I, Any"

You can view some boring info videos I attempted to make bout it here including some MEQUAVIS VR demos. 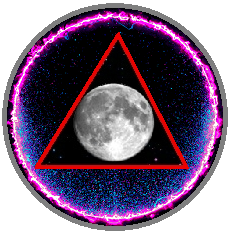 
nanocheeze matrix rant blog science
3년 전 by nanocheeze52
$9.91
112 votes
댓글 남기기 7
Authors get paid when people like you upvote their post.If you enjoyed what you read here, create your account today and start earning FREE STEEM!
STEEMKR.COM IS SPONSORED BY

do you also registered as witness? let me know.. I'll vote

Not really setup to be a witness quite yet... Eventually I am planning to run a dedicated STEEM node, but not yet... :) TY for the support!

Release the Kraken! You got a 4.52% upvote from @seakraken courtesy of @nanocheeze!

Amazing post. I like it very much. Previously I really say a lot of thanks to @nanocheeze who has chosen me as your partner.

Amazing post. I like it very much. Previously I really say a lot of thanks to @nanocheeze who has chosen me as your partner.