A scientific study that focused on where humans first originated used DNA analysis to pinpoint where our early ancestors originated from. That study shows that it is a region somewhere near modern Ethiopia. But how and exactly when, did our early ancestors manage to get out of Africa? They must have been able to do this before they could start to colonise other regions of the Earth like Europe and Asia. Well there is conclusive evidence that wet spells in the Sahara desert may have opened the door for early human migration. 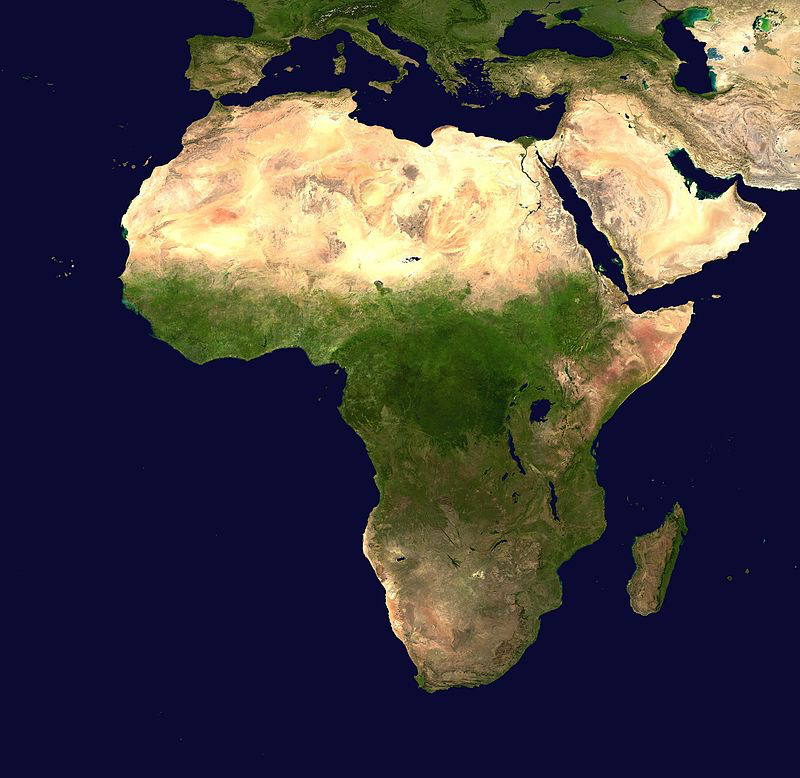 A scientific study that looked at the changing composition of African vegetation over thousands of years, found that between 120,000 and 45,000 ago it was once a lush oasis, home to extensive grasslands, trees and even lakes. This would have helped our early ancestors, Homo sapiens to migrate North. Somewhat contrasting conditions that are still a challenge to modern day humans with the help of a vehicle and a guide.

The location for this study wasn't on the African continent however. It was instead off the coast of Northwest Africa. This is because marine sediments there are in part, composed of dust blown from the Sahara region. The sediments contain a unique dust signature. Geochemical analysis on these sediments found they contain long chained n-alkanes, which are hydrocarbon molecules produced by plants. There is a different chemical signature produced by grass species (C4 plants) and tree species (C3 plants). C4 plants are indicative of a hot, dry climate, because they are move efficient in these conditions. While C3 plants cannot cope in hot dry climates due to their much different leaf compositions. Analysis through the sediment core, shows that that over the last 198,000 years the composition of the species of plants that grew there has changed. This means the Sahara desert must have been much wetter than it is today, but also showed that it has seen drier conditions in the past too.

One question that arises when it comes to changing climates, is how fast does the vegetation that grows in the region change? Its still debated amongst leading scientists, as to how fast the vegetation cover in the Sahara did change. The most likely scenario is that it occured within a few hundreds of years, if not within a 1000 years.

So in conclusion any attempts at early human migration most likely would have been hampered by the far reaching sands to the North. Only when the climate had changed, could humans then inhabit the region and mover progressively north. The human migration through the Sahara would have most likely followed that of proximity to water. Presumably along now buried river channels in the Libyan Sahara.

nature environment travel humans science
3년 전 by environ-mental25
$0.00
4 votes
댓글 남기기 2
Authors get paid when people like you upvote their post.If you enjoyed what you read here, create your account today and start earning FREE STEEM!
STEEMKR.COM IS SPONSORED BY

Congratulations @environ-mental! You have completed some achievement on Steemit and have been rewarded with new badge(s) :

The most likely scenario is that it occured within a few hundreds of years, if not within a 1000 years.

It should be occurred instead of occured.
$0.00
1 vote
댓글 남기기