Super Blue Blood Moon': Where can you watch this rare phenomenon?

Americans have set their alarms for before dawn on Wednesday to catch a glimpse of the so-called "Super Blue Blood Moon", which marks the rare combination of three lunar conditions to produce a unique spectacle last seen in the country in 1866.

Like any total lunar eclipse, the moon will take the "blood" prefix by taking on a red-tinted hue, with the "blue" a result of it being the second full moon in a single month.

This eclipse also marks the point in the moon's orbit at which it is as close as it can get to the Earth, making it appear larger and brighter than usual, when it becomes a "super moon". 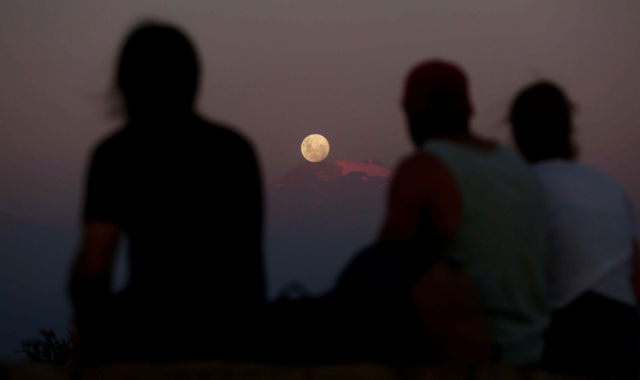 nature skynews informative steem
3년 전 by henru25
$0.00
댓글 남기기 0
Authors get paid when people like you upvote their post.If you enjoyed what you read here, create your account today and start earning FREE STEEM!
STEEMKR.COM IS SPONSORED BY