Valley of the cold is a heavenly valley

In the winter of winter every year an unusual natural situation was created in Israel. In the Hula valley of Israel, there were numerous guest birds, among which there were more than the number of cranes. Hula valley, which was covered by thousands of suras, got a divine form.

These guest birds that leave for the purpose of Africa hope to get rest and new initiatives here. But by controlling their food they are not able to get stuck. They get their food in whatever way.

And every year there are numerous (roughly 40,000) cranes that come in this Valley. For this reason, a food program has been launched in the valley of Hula Valley, so that the agricultural sector of the Hula valley is not interrupted and in winter the cranes also decrease in the time of Israel.

The photographer Diego Rossmann has sublimely picked up this incredible natural scene in Hula Valley in Israel. Photographs given for Faparabaj readers. 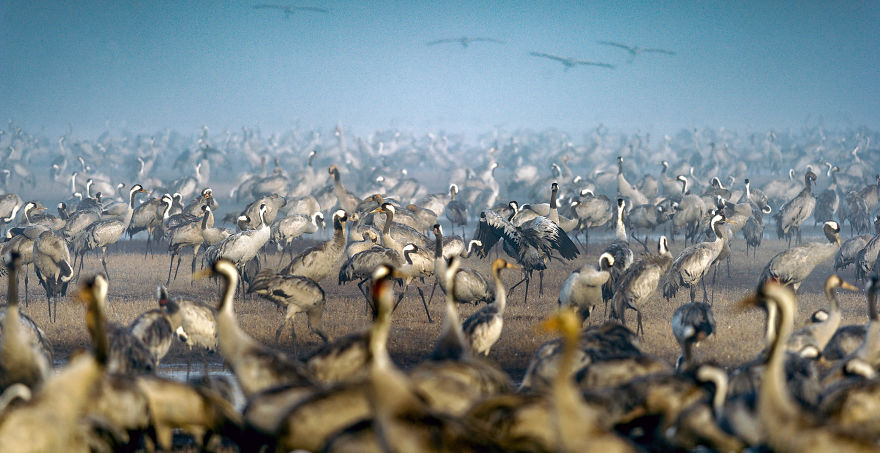 nature travel photography
4년 전 by joykumar23
$0.00
3 votes
댓글 남기기 1
Authors get paid when people like you upvote their post.If you enjoyed what you read here, create your account today and start earning FREE STEEM!
STEEMKR.COM IS SPONSORED BY