There are a lot of jokes about US presidents. Listen to one. Former presidents have traveled to the White House staffers, friends and family during their time. Dipping the ship's condition President Barack Obama shouted, 'Look before the women.' George Bush says, 'Skip all the way. Save your own life. 'Bill Clinton looked at Edik-ODIC and said,' I see women. Before the ship sinks, you can get some time, right?

On the other hand Mr Donald Trump smiles Mr Miti In a shaky voice, 'It is alright, I am a real hero!'

Donald Trump is in fact a boyfriend male. Since taking power every day, talking about different types of fields like heat, similar stories are also being broadcast in the same time.

US Presidential Women's Addiction and the White House Women's Issues are not new. Bill Clinton popular among US presidential leaders The White House had taken up the proposal to prosecute his scandal. There has not been so much about the trump. But there is no end to discussing the women of the President Trump as a boyfriend.

President Donald Trump has married three times. All his wives are beautiful. In addition to the bridal, women are now discussing with the US media.

Ivan Trump is the first wife of President Donald Trump. His relationship lasted from 1977 to 1992, was his relationship. Ivan Trump, the mother of the three tragedy of President Trump Since becoming president, Ivanha is not absolutely silent. His three children - Trump Junior, Ibnacha and Arich Even though Evana does not claim her first lady, the President is actually claiming as the First Wife.

Donald Trump is seen with Marla Maples as the first wife. Trump second married in 1993. This marriage lasted until 1999. Tiffani Trump, the second child of the second party. Marla was told in the title of Tabloid magazine, 'Best Sex Ever'. After that Marla said, who is not?

Current First Lady Melanie Trump Donald Trump was already having a relationship with model Melanie. She married for the third time in 2005. The result of marriage with Melania is their youngest son Baron. She is now a 11th grade student. In the book Fire and Fury, it has been said that Trump has often done unbelieving work with Melanie. The book claims that President Trump and Melanie, sleeping in a separate bed in the White House.

Now the news of Donald Trump's daughter's friends coming to the press. Since 2001, Trump has had a date with a model named Kara Young for almost two years. After the Charlottesville incident in Virginia, Wonder of the Trump speech, many characters model Kara Young He told the New York Times that he has never heard of ethnic hatred in the face of trump he has never heard of.

Donald Trump has publicly published a few months ago in 1995 with another model named Kylie Bakes. Relax, but the relationship lasted for quite some time, the current president. When the allegation of sexual harassment against Trump was raised, her ex-girl friend has shed tears for Trump.

A few years ago, the relationship between Trumpe's relationship with another 26-year-old model named Rowani Brewer Line was talked about. The beauty of this girl was introduced to Trump in a pool party.

In 1989, Donald Trump had a date with the tennis player Gabriela Sabatani. This relation is no longer much longer as divorce and encounter with Ivan are involved. Again, in 1997, Alson Jianni, with a 27-year-old model, made the 50-year-old Trump.

Trump, along with Emmy Award-winning actress Kennedy Bergen, had filed in the late sixties. The actress described Trump as 'handsome man'. The American Tabloid magazine has broadcast news about the relationship between Trump's relationship with model and TV star Anna Nichol Smith. The rumor spreads to Carla Bruni, the wife of French President Nicolas Sarkozy. That was 1991. Although Karla blasted the rumor, she was seen 'only once' with Trump.

The 'boyfriend male' trump does not seem very popular to women generally. Because he has attacked women in diacritical languages ​​since the election campaign began in presidential form. Alongside many reckless speeches, the first State of the Union speech did not even mention a word about women in the United States. Even the speech of women did not get place in the speech. In the first year of power, President Donald Trump's popularity rose to 45 percent, compared to 33 percent among women.

At the time of President Trump but the women of the United States did a huge protest rally. Millions of women have been on the march. So far, the press in the US has a record to win the hearts of women 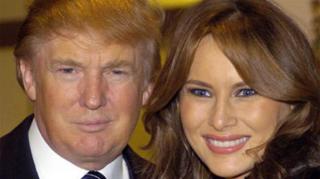 new list
4년 전 by mdsakil123434
$0.00
4 votes
댓글 남기기 0
Authors get paid when people like you upvote their post.If you enjoyed what you read here, create your account today and start earning FREE STEEM!
STEEMKR.COM IS SPONSORED BY