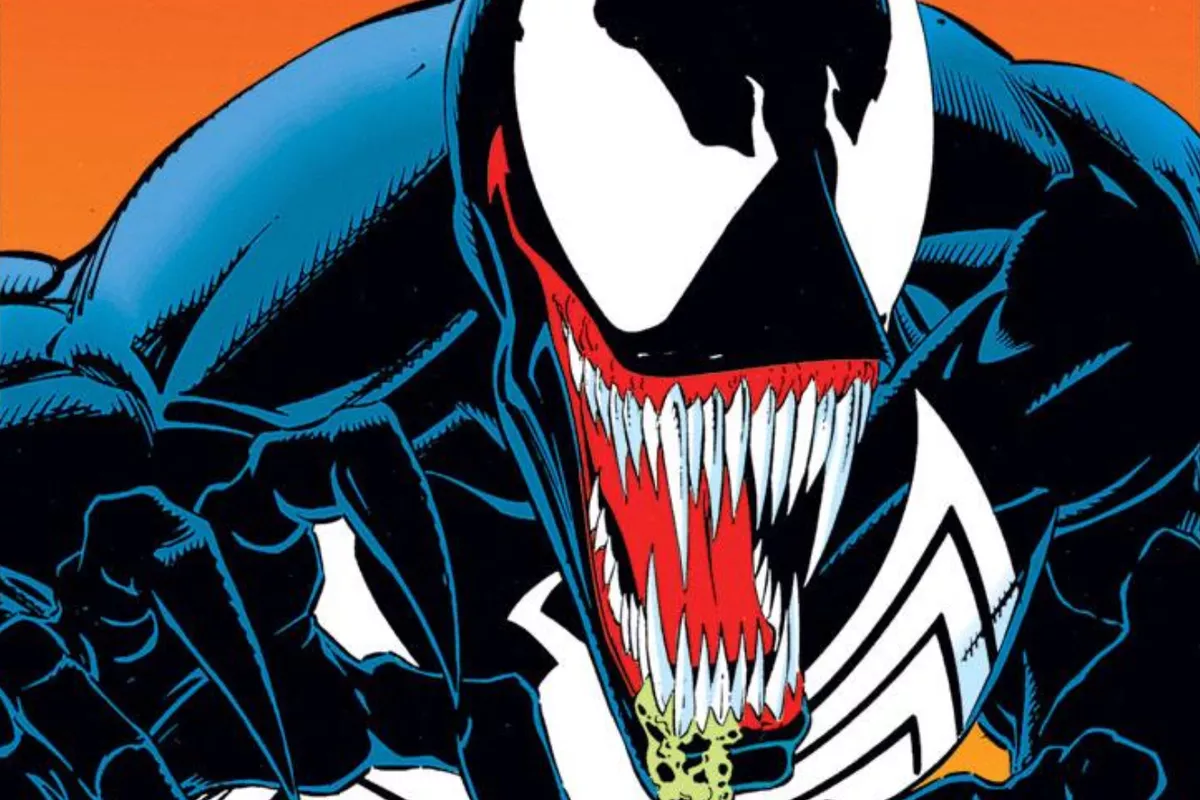 Source
With all the bustle of Avengers Infinity War part 1 coming out this week, the internet has been abuzz with rumors, praises, disparaging comments, and spoilers. With all the hype that it has gotten, one trailer for a film has been slightly pushed under the rug that is now making its rounds on the internet. That is the new Venom trailer by Sony.

Warning: There are some spoilers for Avengers Infinity War

I am basing a lot of my opinions on his origin story which you can find a summary here. These are all my opinions so please don't kill me.

I have never done this before, but I am a big Spidey fan, so Venom is a villain dear to my heart, please hear me out on my opinions here. Let's first get into what is good.

First off, Venom himself looks excellent! I think Tom Hardy can play Eddie Brock because he has the physic to do it. Eddie Brock in the comic books was a bodybuilder, after all, he didn't get all of his strength from the symbiote. Along with this, making Eddie's character a reporter is okay, he was a journalist in the comics... I also enjoy the darkness that is surrounding the whole film and Venom's voice, especially dropping the lines, "We are Venom," is classic.

The other good, is that there are other symbiotes in the trailer that you can see. It seems as though they are going to build this up into a whole symbiote arc, which would be cool to see on the big screen.

The White elephant in the room, where is Spidey? I understand that they want to have a film that focuses on Venom but you can't just remove him, it makes no sense for Venom's character. The reason Venom hates Spiderman is that he rejects the symbiote, so it feels scorned, rejected by the most powerful being it could find upon landing on Earth.

Eddie Brock fits into this because he worked at the Daily Globe with Peter until he made a mistake and Spiderman became partially the reason he got fired, and his wife divorced him. So, he hates Spiderman. Then.... hate it all you want, Spiderman 3 actually got the coming of Brock and the symbiote pretty good. Peter used a church bell to remove it, and it went to Brock who came as he was contemplating suicide. This coming together gives Venom all the reason to go after Spidey in the comics, the symbiote also gains all of the powers from the host and amplifies them, hatred also amplifies the powers.

What I am saying is, how does Venom get these powers? If they are not going to have Spidey here, then at least make a one-off reference to him, say, "We took the symbiote and infused it to the DNA of the most powerful lifeform provided by Stark laboratories, that of the Spiderman." Boom, it explains the powers, then go on to say, "However, in trying to infuse subjects with the Spiderman DNA and then expose them to the symbiote, the host body rejected the symbiote." Boom, is it perfect? No. Have we already seen the origin story before? Yes, so I would be okay with them explaining the symbiote like that. It at least would give Venom a reason for his powers and general hatred for Spiderman. Brock on the other hand... does not have that motivation... his motivation is taking down corrupt corporations, makes sense for his character but not for Venom as a whole. It also just creates a generic evil corporation bad guy thing that we have seen a thousand times.

Leading me to the anti-hero thing, VENOM STARTS OUT AS A VILLIAN!! He doesn't question morals or who needs to be punished. NO, he straight up starts killing people because he can and wants to get Spiderman's attention so he can kill him. Again, taking Spidey out throws a whole stick into this movie. The only reason Venom would go anti-hero is because the bad guy is stronger than him and would kill him as well. He becomes an anti-hero, sure, why you may ask? Because SPIDEY saves his ex-wife, so they make peace. He then moves to San Fransico to be the protector of the homeless.

Why are they basing it out of San Fransico? As I just said, Brock does go there, but that is years down the line in his story. He is based out of New York just like his nemesis Spidey. I mean he has the most New York sounding name, Eddie. Just jumping to this point in the character's development is both confusing and awkward.

If Spiderman is in the MCU, then is Venom also in the MCU? After seeing Avengers this weekend, I was so excited to see the Iron Spiderman on screen! That was amazing, it made sense, and it just looked great! See how Disney does it? Iron Spiderman was meant to come out during the Civil War, but they waited since it was only Spidey's first appearance and it worked out nicely.

At the end of the Avengers Movie bonus clip, we see Nick Fury make a call to Captian Marvel. This means the Agents of Sheild, which means more mutants/X-men are going to be getting involved in the next Infinity movie! Which also means Deadpool can be included! All the while, where is Venom going to be? If they are building up Venom's story and doing a symbiote arc but not adding it into the MCU, they are missing such a tremendous opportunity in my opinion. This is why they are probably placing him in SF than NY to not collide with the MCU, but still, having the symbiotes be the next significant threat to the MCU would an excellent idea in my opinion.

I tend to write about life in Korea as a foreigner, food, photos from trips, and things teaching related. If that interest you and you like this post, please give me a vote and follow 👍
Fellow minnows can use Busy and Steemfollower to get more upvotes and followers, my referral links are below respectively:
https://busy.org/i/@mr-bike
https://steemfollower.com/?r=14715
Until then,
Ride on!

newbieresteemday marvel films review life
4년 전 by mr-bike52
$2.83
12 votes
댓글 남기기 2
Authors get paid when people like you upvote their post.If you enjoyed what you read here, create your account today and start earning FREE STEEM!
STEEMKR.COM IS SPONSORED BY

Great points. I completely agree the most with:

No Spider-Man = No Venom

Thank you, I kinda beat that like a dead horse but it really is the main one. Thanks for the resteem too!