In January, Beijing passed laws seeking to ban all VPNs that are not approved by state regulators. Approved VPNs must use state network infrastructure. 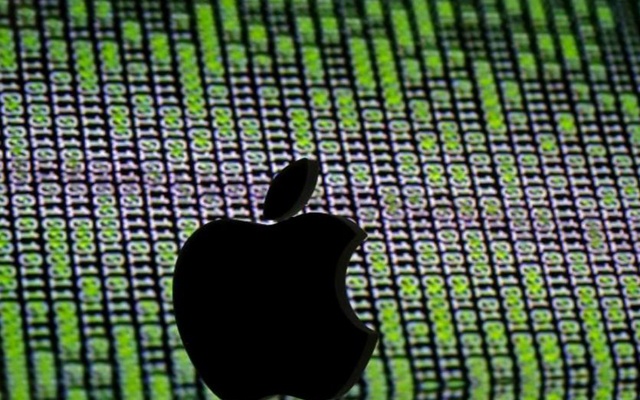 A 3D printed Apple logo is seen in front of a displayed cyber code in this illustration taken Mar 22, 2016. Reuters

While personal VPN providers have been the subject of state-led attacks in the past, this marks the first time Apple has complied with requests to scrub overseas providers from its store, a move that VPN providers say is unnecessarily supportive of China's heightened censorship regime.

VPN provider ExpressVPN said on Saturday that it had received a notice from Apple that its software would be removed from the China App Store "because it includes content that is illegal in China".

"We're disappointed in this development, as it represents the most drastic measure the Chinese government has taken to block the use of VPNs to date, and we are troubled to see Apple aiding China's censorship efforts," ExpressVPN said in a statement.

Other major providers, including VyprVPN and StarVPN, confirmed they also received the notice on Saturday from Apple.
VPN providers say that while the apps are not available on the store, users are still able to manually install them using VPN support built into Apple's operating system.

"We are extremely disappointed that Apple has bowed to pressure," said Yokubaitis. "(It's been a) disappointing morning but we will fight on."
Apple is in the middle of a localization drive in China, and named a new managing director for the region - a new role - this month. It is also establishing a data centre with a local partner in the southwestern province of Guizhou to comply with new Chinese cloud storage regulations.

news technology science money business
4년 전 by banglatube40
$0.00
2 votes
댓글 남기기 1
Authors get paid when people like you upvote their post.If you enjoyed what you read here, create your account today and start earning FREE STEEM!
STEEMKR.COM IS SPONSORED BY

Congratulations @banglatube! You have completed some achievement on Steemit and have been rewarded with new badge(s) :