After months of angry exchanges between the the US President and North Korea's Supreme Leader, it now seems as if the USA is willing to test the path of negotiation. This public revelation, by Secretary of State Rex Tillerson, may be good news for some. The heated words between the two leaders caused much concern around the world. 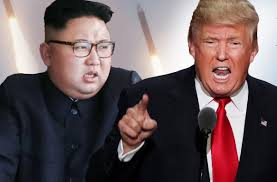 Many were unsure if the vitriolic exchanges from both leaders were just rhetoric and showmanship, or were candid expressions of their intent. The hope now is that negotiations, with respect and understanding, will reduce the tension and the probability of armed conflict.

You can read about Tillerson's view of the negotiations at http://www.bbc.com/news/world-us-canada-41454007.

news politics government world
4년 전 by keel25
$0.00
2 votes
댓글 남기기 4
Authors get paid when people like you upvote their post.If you enjoyed what you read here, create your account today and start earning FREE STEEM!
STEEMKR.COM IS SPONSORED BY

Congratulations @keel! You have completed some achievement on Steemit and have been rewarded with new badge(s) :

next year i am going on a tour to visit north korea, so hopefully we are still allowed, I want to see if they are really they way they are presented on TV

Before you go, try to understand the local customs, and when you get there, abide by the laws of the land. in general, people tend to be cordial if they are treated with respect.