Josip Broz Tito- dictator or a leader? What's your opinion?

In my capital city Zagreb, one square is named by Josip Broz Tito, leader from World War II, leader of antifascism in Europe and a president of Yugoslavia- country of six republics including mine, Croatia.

Last 25 years, from our war for indenpendency, society is divided- one claim that Tito was a dictator, that we lived in BAD comunism, and that he killed over 200.000 inoccent people.

Other say that Tito is a great leader, that he changed history and bring Yugoslavia to the winners side in World War II.

In a month, right politicans in Zagreb will remove the name of Josip Broz Tito.
One Are happy, other say that we are ashamed of our history.

My opinion is that every man, and every politicans have they good and bad sides, good and bad desicions, and that every War brings inoccent lifes. Should we disclame Tito's role in defeating a greates evil on earth - fasicm and Hitler?

I want that Titos Square stay.

I wanna hear your opinion. Did you heard for Tito? What you teached in schools in other countrys? 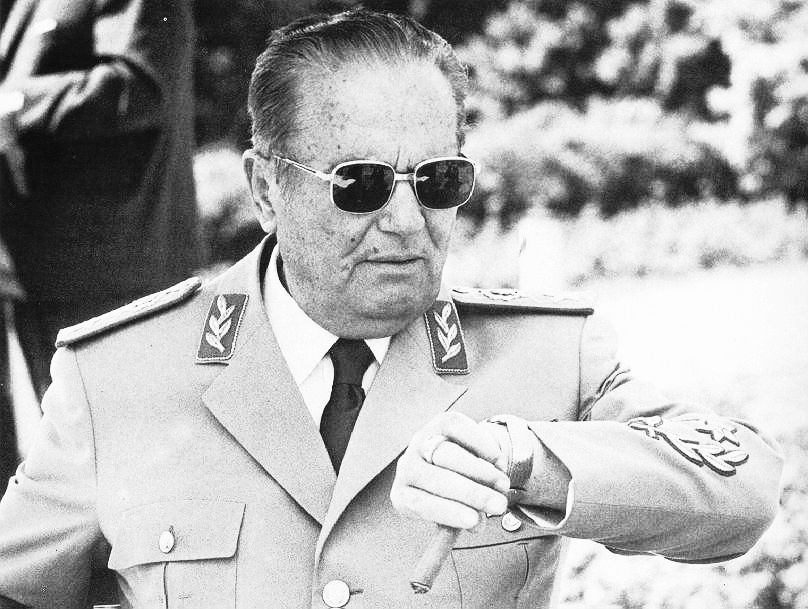 news politics history freedom life
3년 전 by leonarda51
$1.37
18 votes
댓글 남기기 12
Authors get paid when people like you upvote their post.If you enjoyed what you read here, create your account today and start earning FREE STEEM!
STEEMKR.COM IS SPONSORED BY

The territory of former Yugoslavia was very important battlefield in WW II. Tito played main role and I don't think that we could have what we have now without him in our history. Nobody can deny that, but also nobody can't deny communist terror. But back then people accepted that regime and Tito was benevolent dictator. Same people who sang songs about Tito now speak against him. That just because nothing can satisfy Croats. Communist regime in Yugoslavia wasn't so harsh as in SSSR or Cuba. I wrote some details about him and WW II in territory of Croatia and got pretty good feedback.

Think the same. But, I Think that we can write about Tito every day for many, many years! He is such a controversal person!

Funny thing how our government now and last 26 years has been formed by former Tito's followers. When we speak about followers, I wonder how many followers would Tito have on Steemit? Or he would be flagged and considered as spammer or something...

I Think that if we decide of Titos Square on referendum, that Tito Square would stay. I Think that others Are just louder and more organized.

I'll resteem this one, maybe it helps

Congratulations @leonarda! You have completed some achievement on Steemit and have been rewarded with new badge(s) :

Agree with you, it should stay. Up voted and followed you, pozdrav iz Slovenije :D