4 "mysteries" of Mars that will investigate NASA's Mars InSight probe

The new space probe of NASA Mars InSight, took off this Saturday from the Vanderberg base of the US Air Force in California, with the mission to unveil some of the "mysteries" that are hidden under the surface of Mars. 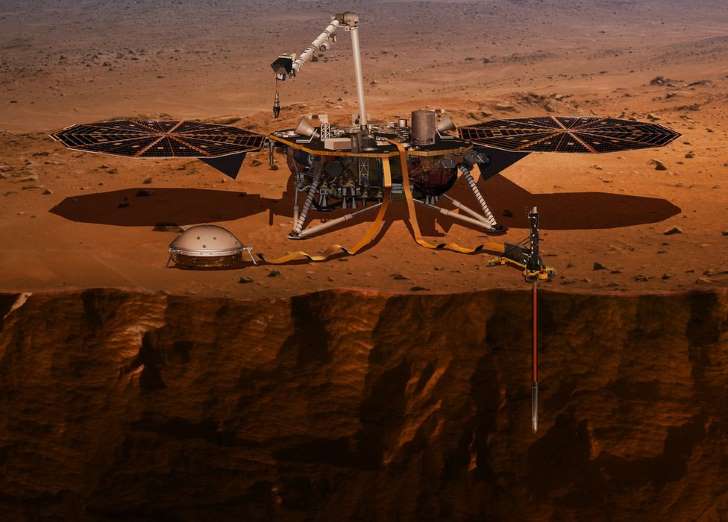 This device will travel a distance of 300 million miles to reach its destination in the month of November.

The probe is accompanied by two minisatellites that will pass about 2000 miles from Mars, just when the Mars InSight begins its descent.

Both devices will bounce the signals from the probe to Earth, operating as communication repeaters.

According to NASA, the descent will occur in a flat area, called Elyssium Planitia. Courtesy of © Getty Images. Scientists expect that between 10 and 12 earthquakes will occur in that area during the two years the mission will be extended.

After settling on the Martian surface, Mars InSight will take a few months to unfold the instruments: a seismometer will be activated and a heat probe will drill the Martian soil to a depth of almost 16 feets.

Through the use of high precision instruments, scientists will try to unveil various "mysteries" of the red plant. Here we tell you what they are. 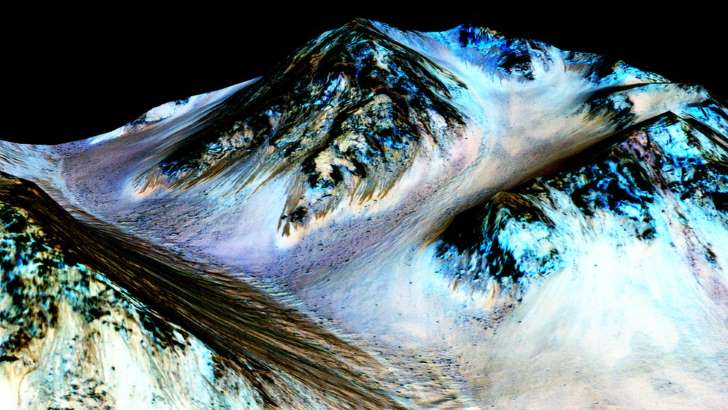 Courtesy of © Getty Images. Through different measurements they will try to determine the diameter of the Martian core.

The objective of the mission, which has a cost of US $ 814 million, is to detect something that has not been achieved so far: the existence of seismic movements.

NASA tried to collect this information in the 70s, when the Viking probes were launched, but failed to obtain conclusive data.

Russia wanted to find out the same in 1996, but its mission was frustrated due to problems of operation of the rocket that finally fell to Earth.

Although no tremors have yet been detected in the Martian soil, scientists believe they exist.

That presumption is based on the fact that the planet is cooling and shrinking.

It is likely that the crust will crack and cause earthquakes of magnitudes between 6 and 7, they explain.

2. Thickness of the Martian crust

Through the reconstruction of three-dimensional images of the interior of the planet, researchers hope to be able to determine the thickness of the Martian crust.

By measuring gravity, you can discern which parts are thicker and which are thinner, although there is no rule to measure the thickness in a certain place. Courtesy of © Science Photo Library. The mission has a cost of US $ 814 million and one of its objectives is to detect the existence of seismic movements.

The heat sensors should be embedded to a sufficient depth to remain insulated from seasonal variations in surface temperature.

These devices will measure temperature changes in depth and also send warm pulses to measure how heat flows through the Martian soil.

This will finally measure how much heat rises from the interior of Mars to the surface.

The conductivity of the temperature will provide valuable physical information about the constitution of the planet.

Another experiment will be to measure the location of the probe on Mars with a precision of a few centimeters.

For this, a radio antenna located on Earth tens of millions of miles away will be used.

With that precision, they hope to track the oscillations of the planet's axis of rotation, its magnitude and the liquid splash that occurs inside Mars.

These measurements will help determine the diameter of the core, currently estimated at 2174 miles.

news blog steemit life mars
3년 전 by p3rspectivo44
$4.41
14 votes
댓글 남기기 3
Authors get paid when people like you upvote their post.If you enjoyed what you read here, create your account today and start earning FREE STEEM!
STEEMKR.COM IS SPONSORED BY

I enjoy a lot your paper ! Well written very clear and synthetic. You can improve by explaining why we're doing all those research. Why are we investigating mars inner composition ? To improve our field of knowledge in order to prepare the future human missions to Mars, exploring landing site, and conditions at the surface and under. Lavatube are one of main option consider to set up a human base there to protect us from the radiation. Mars has no magnetosphere, the human body is not ready to receive that level of radiation. Know well the martian earthquake, and be able to predict them will be helpful if we go this way. Also Mars is very similar to earth, understand Mars history work as studying a witness of earth history.

There is the JPL map of rovers and landers landing sites, that express that main interest research points and our research for the best landing site for future man mission. I am very grateful that you have taken the interest in reading my publication, thank you very much for your words. This observation is very interesting and I will take it into account for my future publications about this fascinating area as it is the investigation of the red planet. Than you so much.