One of the movements that the singer and dancer made in the video Smooth Criminal of 1987, is almost impossible for the immense majority.

Who has not tried to imitate the steps of the most famous choreographies of Michael Jackson?

How did you manage to sustain this position, which from the point of view of biomechanics is impossible?

We refer to the routine in which Jackson tilts his body in a completely straight line at a 45º angle. According to a team of neurosurgeons who analyzed the details of this movement, the secret lies in Jackson's shoes (specially designed for it), and in the immense strength of his trunk. 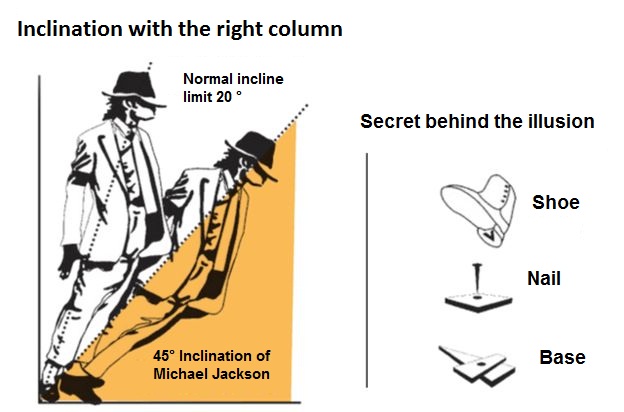 Image source
The experts, who published the results of their study in the journal Journal of Neurosurgery, recommend not trying to copy this movement to avoid injuries.

"Most dancers with a very strong trunk reach an inclination of a maximum of 25º to 30º when they perform this action, but Michael Jackson managed to lean to 45º", explain Manjul Tripathi and his colleagues from the Graduate Institute of Education and Medical Research in Chandigah, India.

If a person tried to imitate this movement, he would notice that most of the effort goes towards the Achilles tendon on the back of each leg, rather than the erector muscles of the spine.

"This allows for a very limited forward lean, even for someone with Jackson's powerful athletic abilities", says Triphati.

But Jackson managed to increase the angle of his inclination thanks to special shoes.

This shoe had a V-shaped indentation in each block, which fit into a nail that protruded from the ground.

Thus, the singer could lean even more Before, Jackson depended on cables and a harness on his waist to create this optical illusion.

It is believed that he and two Hollywood colleagues were inspired by the boots of American astronauts that can be hooked to a fixed surface when they are in zero gravity conditions to design the footwear.

However, even with these shoes this position is extremely difficult to achieve, since it requires immense strength of the trunk and muscles of the spine and lower limbs, experts say.

"Several fans of Michael Jackson, including the authors (of the study), have tried to copy this movement and failed, hurting in their attempts", warn the authors of the investigation.

"The chances of hurting your ankles are significant, you need a trunk with strong muscles and good support around the ankle, it's not a simple trick," says Tripathi.

Jackson had a very trained body that allowed him to make complex movements on stage. 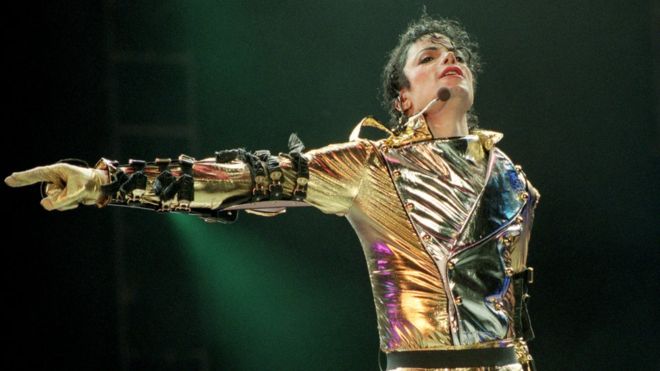 news science steemit entertainment steem
3년 전 by p3rspectivo44
$4.25
116 votes
댓글 남기기 0
Authors get paid when people like you upvote their post.If you enjoyed what you read here, create your account today and start earning FREE STEEM!
STEEMKR.COM IS SPONSORED BY