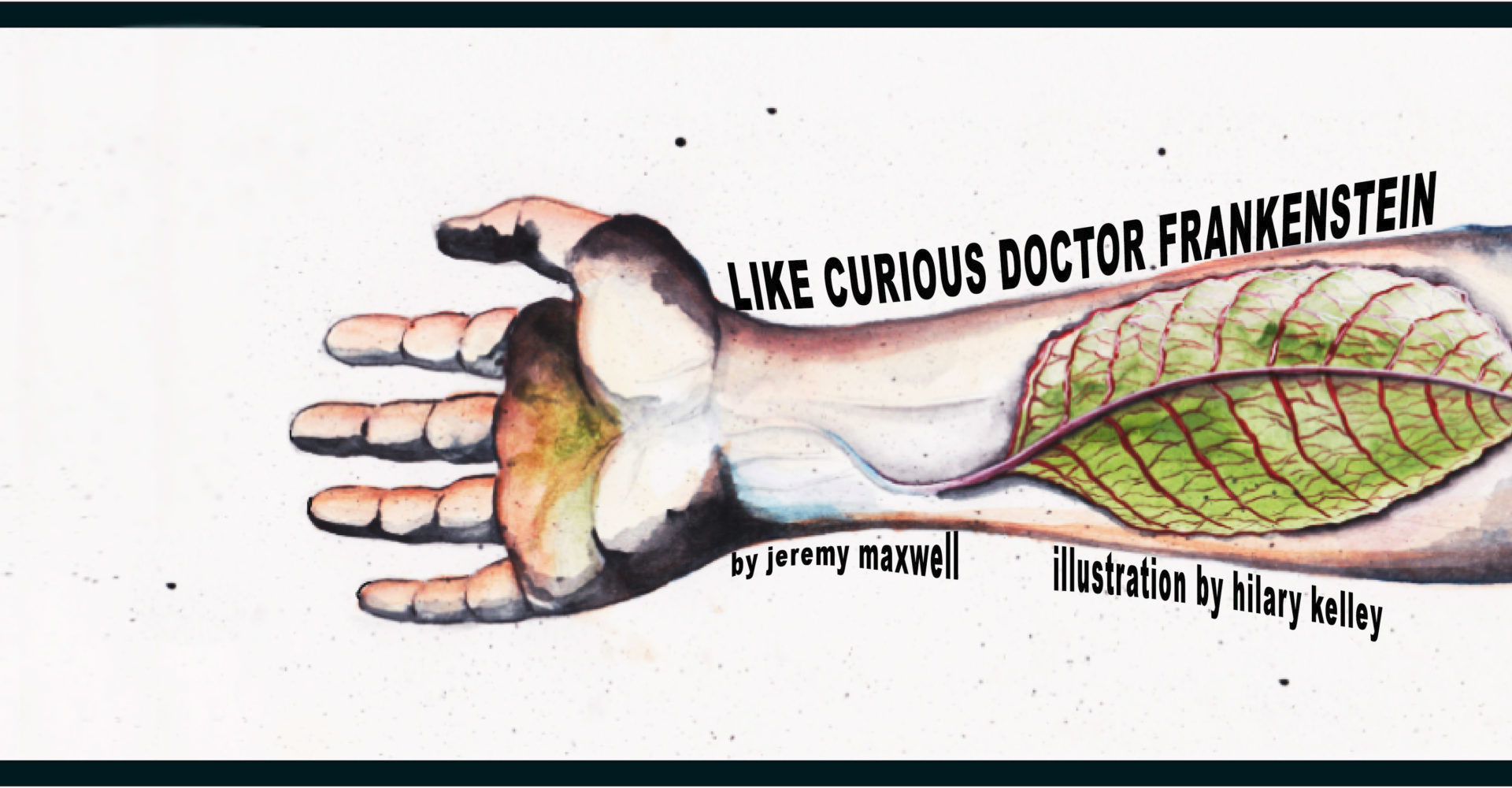 This is a story I wrote last month for Nately's Magazine. I will post a few excerpts, as well as a direct link to the full article at the bottom.

waiting for my heart to fail.

I’m sending my wife out for magnesium citrate and 5-HTP. She doesn’t know what any of this shit is or does, so I’m swiping through my phone and showing her pictures. “How do you know all this stuff,” she says, and I shrug and stare at the floor. I really just don’t want her to see me shake, so I mumble something about drugs and ask her to hurry and when she’s gone I turn Puscifer up loud enough to rattle the fillings in my teeth.

I repeat to myself my biggest fear is that one day I will find out I am a coward.

I try not to pray, remind myself I don’t believe in Jesus.

I drink kava tea and wait for the panic to pass.

After a while, it does, and I begin banging out these words on the keyboard. Sometimes I look over at one of the other monitors and watch the price of bitcoin rise and fall. When it goes up, I buy kratom. When it goes down, I buy more bitcoin.

Welcome to the last fourteen weeks of our lives.

In the fall of 2016, I started having trouble with my heart. It was unexpected, abrupt, terror inducing. It dialed an already hard to manage anxiety issue up to 11 and then broke the knob off altogether. I started to live in perpetual fear that I was going to drop dead at any moment. I scared the shit out of my wife, myself, and nearly everyone we know. I found myself questioning my overwhelming absence of faith in god, and my pseudo-romantic abundance of faith in narcotics. I dug through a lifetime of bullshit and experience in an attempt to understand how we got here. And for me, as for us all, the story begins before I am ever even born.

how to break a girl for good.

In the summer of 1973 my mother was fifteen years old. She would sit in her bedroom and brush her long dark hair and listen to records and dream of running away to Atlanta, to the beach, to Seattle. She would go to church with her mother and her brothers and fidget through Sunday School and hunt for eggs at Easter. She would sometimes smoke one of her father’s Winstons behind the garage, practicing for a future when she would do little else.

From time to time she would fall into a complex partial seizure. Occasionally she would have a grand mal at the grocery store. At a certain time of day in her aunt’s house, the light in the study would stream in through the blinds at just the right angle, and she would sneak in and stare at it until she fell convulsing on the floor.

Mom’s problem didn’t start here, but that doesn’t mean we don’t know where to look. When she was a toddler she came down with the measles, which settled into her bronchial tubes. She developed croup cough, which kept her from sleeping or playing or ever feeling well. The doctor prescribed a cough medicine to be taken orally, as well as another medication called Pneumol, to be inhaled from a vaporizer.

They were both red, both the same size bottle. They sat beside each other on the kitchen counter, and at some point the housekeeper got them mixed up. She gave my mother half of a milkshake spoon’s worth of the wrong one, and within minutes she was convulsing. A few seconds later she plunged into a coma. This was in 1961, and my mother was three years old.

My grandfather was home at the time, and he snatched his baby daughter up and hauled ass to the emergency room. The doctors there had no idea what the medication was, no idea how to treat it. My grandmother made frantic phone calls to the pharmacy, asking questions and waiting, asking and waiting again. They explained Pneumol has two ingredients. One of them sent my mother into convulsions. The other put her in a coma.[i]

Eventually she came out of it. She woke up and seemed to improve well enough. No one took any real blame, and no one got sued or lost their job. Well, no one except the housekeeper. She felt terrible indeed, as I imagine my grandparents did about having to let her go. In the end everyone went on with their lives, my mother included.

When she turned ten years old, something about hitting puberty set off something in her brain. She started having seizures, a few at first, then more and more, until she was having them on a weekly basis. Sometimes they would last all day. She would have five, eight, a dozen; it was impossible to keep track. After an episode it was not uncommon for her to sleep up to 24 hours in a stretch. Her neurologist at the time said there was no way the original event had anything to do with this sudden onset of epilepsy.

Many years later, when I was around the same age she had been when her nightmare was just getting started, she was sent to Vanderbilt to have yet another brain scan. This one took place in an enormous machine underground. My father was quick to tell everyone how many city blocks the machine took up. My mother was quiet, always quiet.

The doctors said it looked like there was an acid burn on her brain. Part of it was just eaten away.

and the beast shall have seven heads.

Around the same time my mother was learning to smoke, with little fanfare and even less funding, one of Nixon’s few surviving monsters was birthed and flung out into the world, truly the first horseman of the apocalypse. And while my mother was experimenting with getting high on sunshine, learning about auras and what she should do when she suddenly smelled oranges or sawdust, the DEA was gearing up for war against us all.

I wasn’t even born yet, so they got a pretty good head start.[ii]

Their tendrils and propaganda have crept into the heart of every community in America, and in my experience small towns get it the worst. Not the DEA specifically, but their militant way of thinking and their backward ass views on substance abuse. This is what leads to a flashbang grenade going off in a child’s crib in the middle of the night. (That was right here in Georgia, by the way. The dude they were looking for wasn’t even in the house.)

In large part, it is this angry beast and its forever war on its own people that has culminated in endless tension between police and the communities they are sworn and paid to protect. This ranges from small towns in Alabama where getting caught with a few seeds out of a bag of ditch weed twice in your entire life is grounds for a felony, to towns that make national news over traffic stops that escalate into tragedies.

But like all bureaucratic bullshit, the situation is much more complicated than that. Let’s talk about opiates for a minute.

manifest destiny: ask not what your country can do for you.

Everything dries up pretty fast on 100 milligrams of methadone a day. The saliva in your mouth. Your personality and relationships. Your bank account. Your patience for pretty much everything. But the curtain doesn’t open here. You don’t start out sugared up on hopes and dreams and dive straight into nodding out with a mouthful of sour patch straws and cigarette burns in your jeans. Unless you grew up in a Gucci Mane record, you have never had daily access to this much dope in your entire life.

To read the rest, please head over to Nately's Magazine.

Special thank you to Hilary Kelley for such badass artwork, and thank you to Nately's for giving writers today a chance to be seen. Have a beer in town and support your local artists.

nonfiction writing kratom dea opiates
5년 전 by dirty.hera46
$0.02
54 votes
댓글 남기기 0
Authors get paid when people like you upvote their post.If you enjoyed what you read here, create your account today and start earning FREE STEEM!
STEEMKR.COM IS SPONSORED BY