Elon Musk, Richard Branson, Jeff Bezos, and NASA should all pay attention to this post. It contains important information on space travel.

The Space Travel Kit (STK) first appeared under Christmas trees in 1972. Actually, there is only one in existence worldwide and I have it. The STK contains most of the necessary tools needed for successful space missions. The kit was assembled by my sister and mother in the runup to Christmas 1972. Apollo 17 (last manned mission to the moon) had launched on December 7 of that year and I had talked about nothing else for two weeks. I remember being obsessed with astronauts and space travel. My sister and mother apparently saw an opportunity and capitalized on it. 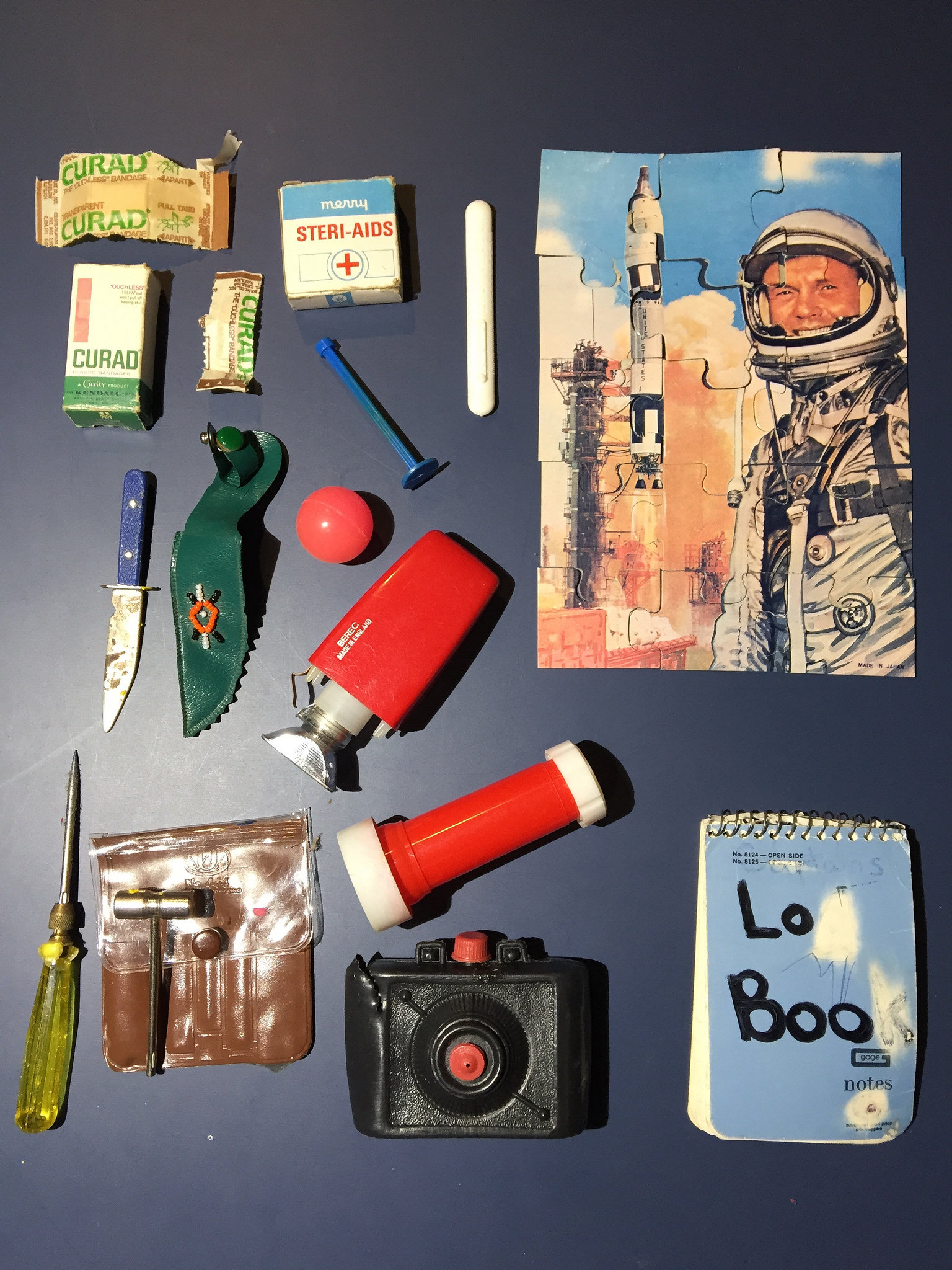 You will notice from the above picture that this appears to be the "PACE TRAVEL" kit. Don't be confused -- space travel is dangerous and you lose letters sometimes.

The backbone of the STK is the 8-track tape carrying case. A case that holds ten tapes is optimal. This was a staple for all truckers and country music fans in the 1970s. As I write this post, there are lots available on eBay. Act fast because SpaceX will probably snap up the remaining supply after they see this post. 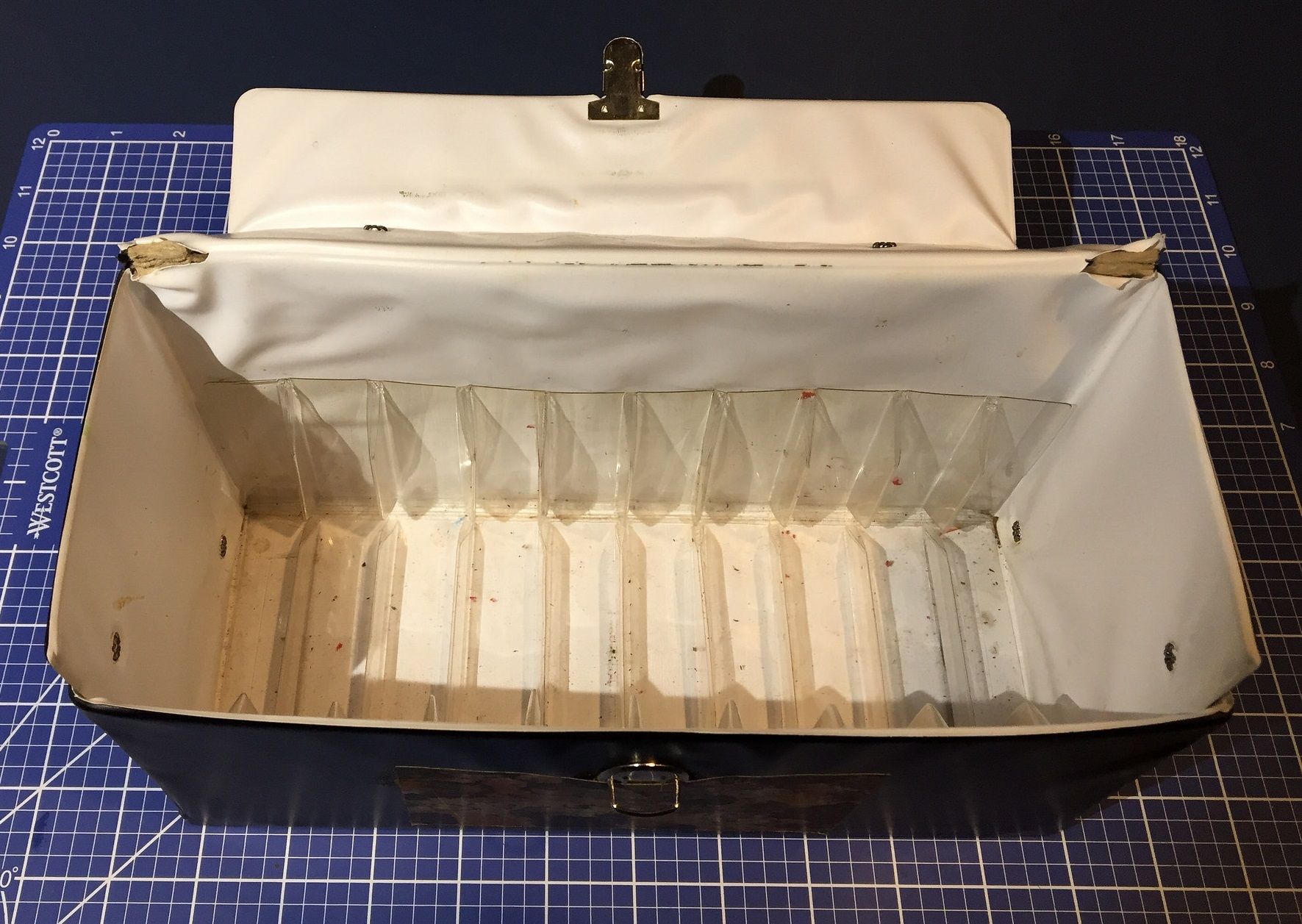 Space is a very dark place. You would be shocked how easy it is to lose your STK. You can mitigate this risk with a few multi-coloured stickers of butterflies on the sides of your kit. Now for the really important stuff -- the contents of the STK ... 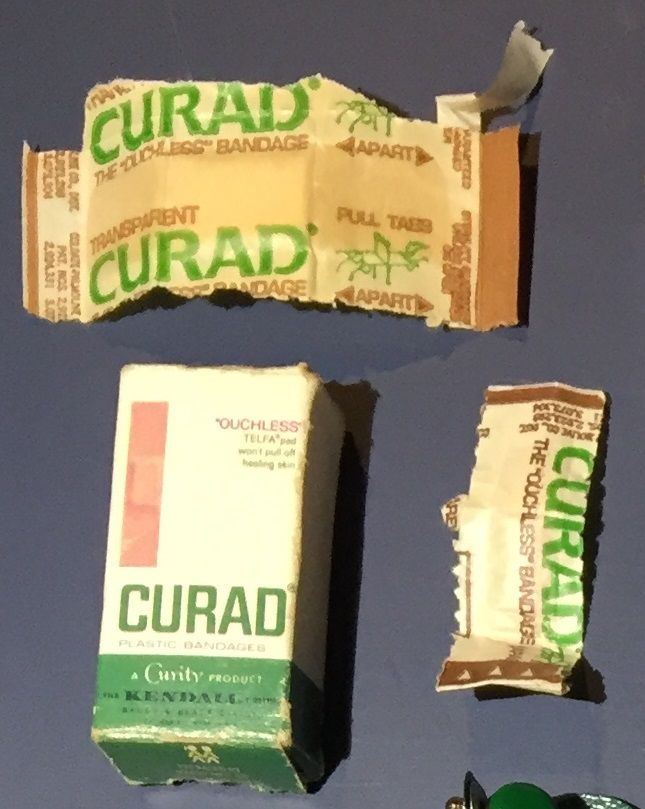 The key feature you want in a bandage is "Ouchless". Inevitably, you'll end up cutting yourself in space. Within a day or two, you'll need to remove the bandage. If your command module has just exploded, the last thing you need on your mind is pain from removing your bandage. Only Curad makes the Ouchless Bandage. Get the Curad. I'm not exactly sure what a Steri-Aid is. I suspect it is gauze. Apparently, I used it all up because the box is empty. Notice these ones are "merry". That's good enough for me. If you can find the merry ones, get those. 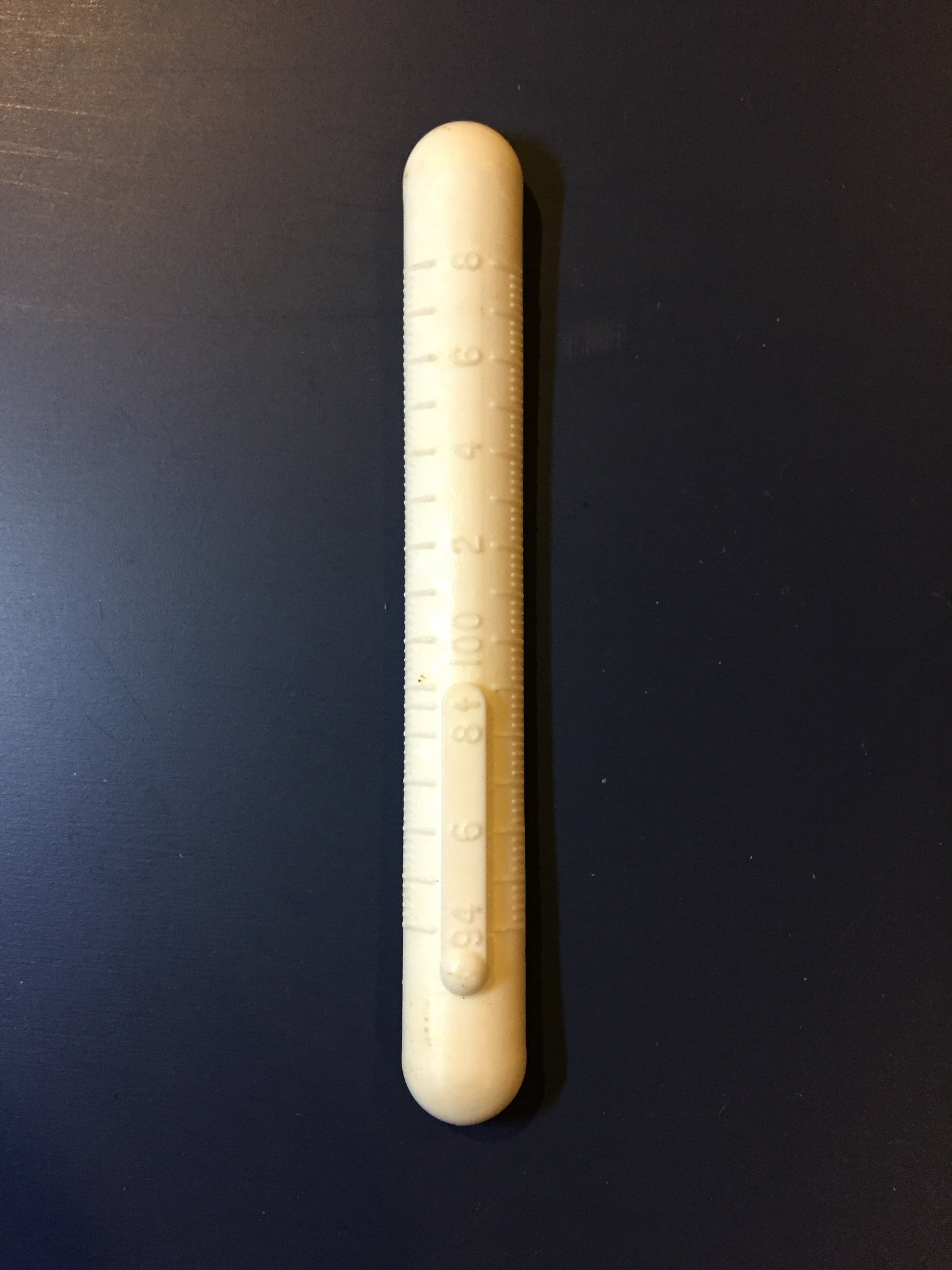 One thing I know about Martians is that they carry infectious diseases. Sooner or later, you'll get sick with a fever on Mars. You will need a good quality thermometer. This one is made in Hong Kong. It's a no-nonsense thermometer that tastes pretty good (I tried it). Trust me ... this is the one you want. After the adrenaline rush from lift-off fades, you will be bored silly in space. The no-gravity thing is amusing for a day or two, but even that gets tired. You will need some high quality entertainment. This jigsaw puzzle is just the thing. This is a 15-piece puzzle that is perfect for a voyage to the moon. If you are headed to Mars, consider the 25 or 36-piece version. Do not go over 100 pieces -- that's just crazy unless you are heading to Neptune or Pluto. 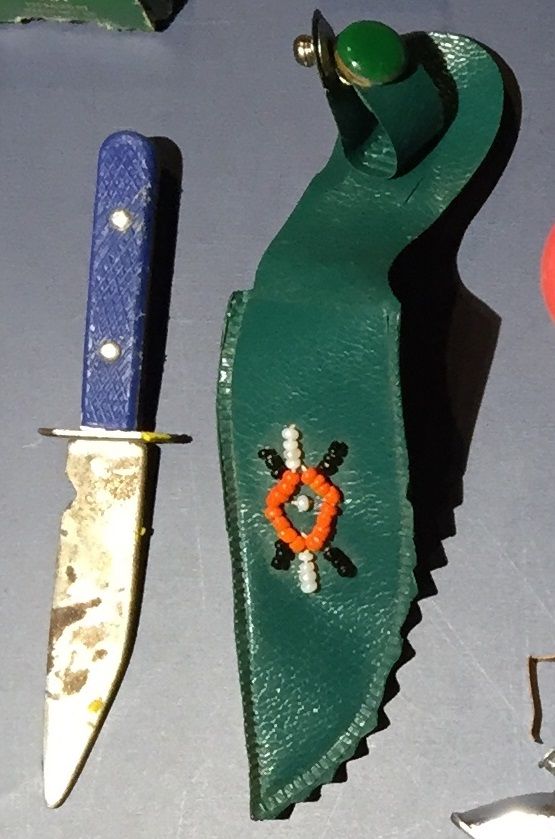 I have watched enough Star Trek to know you will need a reliable weapon on other planets. This one has clearly seen lots of action. Is that dried blood on the blade? I think so. Wow, you will love bouncing this ball around inside the landing module. Between this and the jigsaw puzzle, you will be well entertained. Suggestion: get three of these balls and try juggling with no gravity. Too much fun. 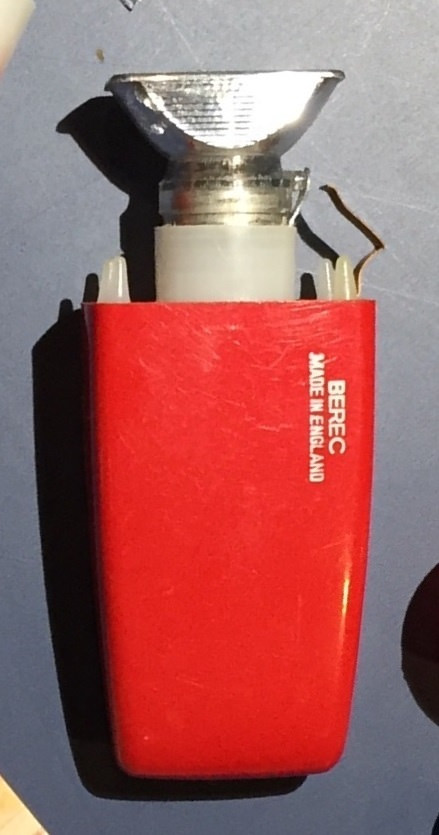 It is freaking dark in space. You will need a high-powered flashlight. This Berec pocket flashlight is made in England and runs on two AA batteries. This one is broken and missing some pieces. Those English really know their flashlights. Anyone who has seen the movie Apollo 13 knows that stuff breaks in space. You will need tools. However, tools are heavy, so select them carefully. An industrial grade screwdriver and a hammer should do it.

Stuff is pretty far away in space. NASA has the Hubble. You'll need a telescope too. This one is an excellent choice. It's a simple no-nonsense telescope made in Hong Kong. It comes pre-focused and the lens is made of high quality plastic. Unlike the Hubble, you won't need an expensive Space Shuttle mission to fix the lens. Obviously, you will want to take lots of pictures of the Earth from orbit. Leave the smartphone at home. You'll want a good quality camera that squirts water, like this one. As usual, it was made in Hong Kong. Stick to Hong Kong. 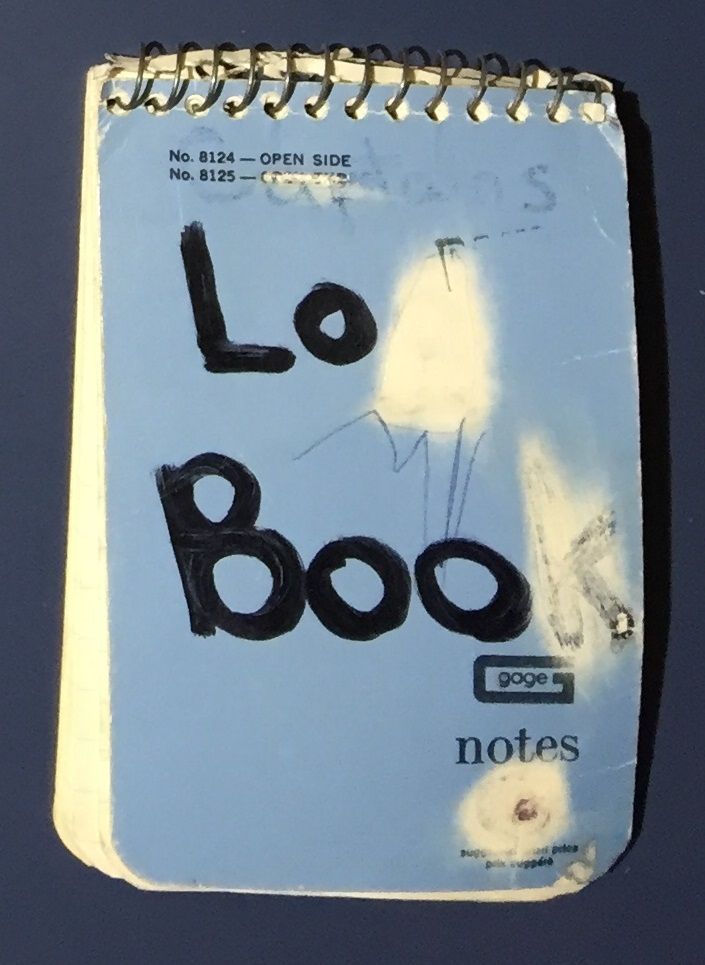 Non-astronauts usually think this is a "Lo Boo". Wrong. Look carefully and you will see it's a "Captain's Log Book". This is indispensable. Get yourself a log book just like this one. Record every important event.

Here is a random entry from my log book:

Ok, maybe that's not the best example, but you get the idea.

I hope you found this post valuable. Obviously, many of you will need advice on putting together your own Space Travel Kit. Post a comment. Some of you may have too many questions for me (Elon, you know who you are).

Elon Musk has SpaceX. I have the STK. Let's just see who gets to Mars first.

nostalgia christmas toys childhood funny
2년 전 by opaulo59
$224.77
81 votes
댓글 남기기 34
Authors get paid when people like you upvote their post.If you enjoyed what you read here, create your account today and start earning FREE STEEM!
STEEMKR.COM IS SPONSORED BY

Hahha, nice one.
I am really curious if we give it to Musk with the deal that he has to sell and whatever the profit it, we split is 50/50 but in steem tokens so would he be able to sell it the way he sold his 50,000 caps of boring company?

I like it! Most likely, there will soon be an STK in the trunk of every Tesla.

Cool. When we get to that point, don't forget to mention me in your that news post.I would love to see and enjoy that moment with you. xD

What a great gift and a great post!
I love that you still have it. I also love that it hold so many great memories. It is so great that your mom and sister put so much effort into making such a great gift. And your log entry... priceless.

I was reading your post about going tech-free for Christmas. Almost the same theme here. Funny, my "Stuff I Got For Christmas" series of posts covers several electronic games, but they are from the 70s and 80s. We usually think of too-much-tech as a new phenomenon, but it's not.

I think I'll go play some marbles with my 12-year-old daughter now ... if she's not too busy on her iPhone. 🤣. Marbles is great.

Ha ha awesome.
Tech has always been a thing. Like you said, it is just a different type of tech. wooow thats really a lot of stuff there.
I am sure these will belong to the old history since everything is advanced at this time, they may worth a wealth in the future.

Wow! It been long, 1972 Christmas interesting, your post is always full of informative articles. @opaulo

wow never expect to see a quick of this kind of truth, so many years and still looks in good condition in what fits

it's a great experience to get into space, really memories that can not be forgotten ...
posting dang very interesting experience ... regards to know from me @opaulo

I receive a guitar once for Christmas in the 70's as well. It was plastic with plastic strings. I guess I got what I wished for.

upvote i will do same

WHAT IS THIS LOL NICE PIC BONG!

You should post more entries from your log book! Would love to hear more about your space adventures

That is a future post. I did lots of spying on my family members. The game was to sneak into the room, document what they were doing, and get out without being detected. Some of the entries are pretty funny.

You push me in the back days of my childhood. Thanks

Does that camera work...if it does it would outperform DSLR's 😉😂

Waooo! What a christmas gift. I do hope those suffisticated gadgets really served you well while you made your trip ro the space. I follow and upvote you.

Congratulations @opaulo, this post is the seventh most rewarded post (based on pending payouts) in the last 12 hours written by a Superuser account holder (accounts that hold between 1 and 10 Mega Vests). The total number of posts by Superuser account holders during this period was 1480 and the total pending payments to posts in this category was $13289.91. To see the full list of highest paid posts across all accounts categories, click here.

hello@ opaulo, very funny post but i must say, this is a very good business proposal. As a consumer psychologist, i know that if such a "pace travel" kit is made for kids, and your kind of story written as a user guide on the tools inside, it will be really be an adventure for kids, i myself will like to by it for kids.
nice one.

Congratulations, your post received one of the top 10 most powerful upvotes in the last 12 hours. You received an upvote from @minnowbooster valued at 159.39 SBD, based on the pending payout at the time the data was extracted.

some of pic are believable and some of unbelievable

This is amazing. In crypto we have so many going to the moon, yet no astronauts who would actually survive the trip. You, however, are an astronaut well-equipped for the moon and beyond.

ahahah :) I always wanted to be an astronaut when I was a kid. but I have never had such a set. I guess I would be very happy :)
they look so sweet! you are lucky to have them: D