[Nursing School meets Steemit][Things that affect your respiration rate]Follow along and educate yourself with me. 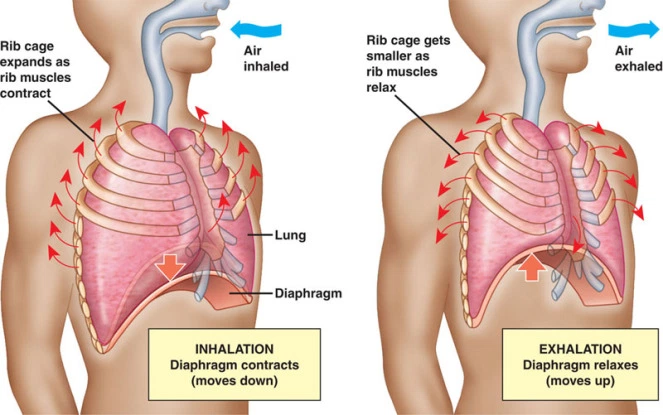 Your respirations, along with airway, is probably the most vital of all the vital signs. That's the one my instructors stay on top of us about. Airway is always the number one thing that you check first. If you're not breathing then you're dying.

Respiratory rate decreases with age through late adolescence, when it stabilizes.

Some medications, such as narcotics and general anesthesia, slow respirations. Alternatively, drugs such as amphetamines and cocaine increase respirations. Broncodialators (I'm sure a lot of you have heard "breathing treatments" a time or two) slow the respiratory rate by dilating the airways.

Fear or anxiety can cause increased respiratory rate and decreased depth.

Thanks for reading another one of my posts. I hope you are keeping up with all of my medical posts and learning some stuff. These post will help you understand your body better, so tune in!

Here are some of my other recent medical posts:

nursing steemiteducation respirations medical school
3년 전 by intrepidthinker68
$12.93
17 votes
댓글 남기기 0
Authors get paid when people like you upvote their post.If you enjoyed what you read here, create your account today and start earning FREE STEEM!
STEEMKR.COM IS SPONSORED BY