A wild Mr. Mike has appeared! 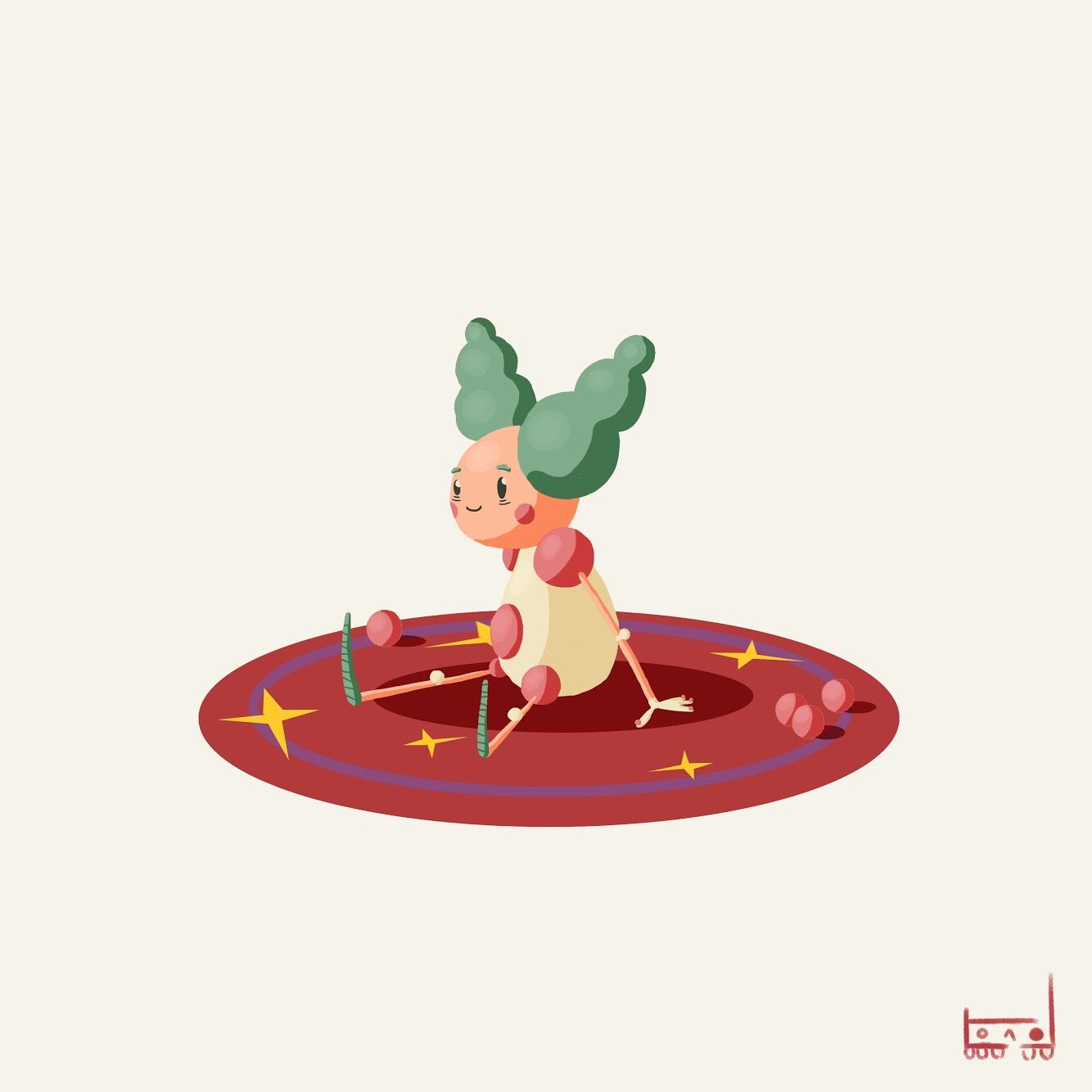 This is by far one of the weirdest pokémon I am think of—pure nightmare fuel. I tried to take this creepy clown and make him relatively presentable by simplifying his design. This is one of the more drastic redesigns I’ve done, so I’ll try and list the biggest changes.

My main goal was to make him WAY less humanoid. He’s a pokémon, and should reflect that. I think his original design makes him look like a deformed person painted up as a clown — not very cute. The redesign simplified everything, and made him feel more like a fictitious being. Bigger hair, a bubbly body and “rubber hose” limbs make him feel more like a cartoon.

Thanks for following along, steemers. I appreciate it!

ocd-resteem pokemon illustration art steem
3년 전 by tysonjames58
$2.81
18 votes
댓글 남기기 7
Authors get paid when people like you upvote their post.If you enjoyed what you read here, create your account today and start earning FREE STEEM!
STEEMKR.COM IS SPONSORED BY

Is it Mr Mime or Mr Mike? Yours is less creepy for sure and the pose is cute. Reminds me of Pinocchio the way he sits with the stiff legs.

hahaha Mr.Mike would be amazing. Yeah he definitely has a pinocchio feel for sure! The original is so creepy!

"A wild Mr. Mike has appeared!" Ha ha, I think there's a typo in your post.

lol yikes! Thanks for the heads up. I’m gonna keep it in tho because it’s cracking me up. 😂

There's more "human" pokemon now, to the point where some other people and I have made jokes about pokemon trainers going on an adventure and finding some kung fu school or something out in the middle of nowhere and trying to catch one of the people there mistaking them for fighting pokemon XD

Wow how weird! The people-looking ones always freaked me out. Maybe I’ll try and redesign somebody of those and make them cuter. :D

Congratulations @tysonjames! You have completed some achievement on Steemit and have been rewarded with new badge(s) :