Oooohhh you've got a doozy coming your way today!

Before we get started, see if you can tell which emoji on your screen got the molten fire 🔥 of recreational outrage flowing this morning: CAN YOU BELIEVE THIS?!?

These recreationally outrageous micro-aggressions against women-folk, subtly depicted in emojis, are endless!

In this blog, over the last two weeks, you've seen emojis that have depicted both males and females in socio-economic roles in society, occupations, and as imaginary beasts of the sea.

EVERY example demonstrated the female version being disadvantaged in comparison to her male counterpart.

The differences between the genders, when depicted in emojis, makes me feel sad for the imaginary daughter that I'll never have.

Today's emoji exposure,
of the subjugation of women,
has STRUCK A NEW LOW!!!

This example recreationally INFURIATES me!

Violence against women is absolutely wrong.

Unless, of course, it's woman-on-woman light slapping and minimal hair pulling (with LOTS of harpy screeches mixed throughout) from a decades-old rerun of a Geraldo Rivera or Jerry Springer talk show...

THEN...
That shit's actually pretty entertaining.

Today's example of violence towards women is abhorrent and disgusting.

There's the lady and the fella getting a haircut. Forget that the stylist (aka the Grim Reaper in THIS scenario) is doing to blondie what Demi Moore did to herself in the movie "G.I. Jane:"

Image credit: Google Images.
(On what appears to be a very cold set)... Let's check out the aggressive angle of those sharp shears of death:

HE'S getting a haircut. 🙂

It's all in the angle of the scissors!

She's not getting a haircut...

Her hair just happens to be in the way.

Yet another example, presented by the digital cartoon world, of violence against women...

I hope you're just as fictionally recreationally outraged as I am right now!

On that sunny note to kickoff your Monday,

Have an awesome week everybody!

openmic funny story life creativity
3년 전 by scan001765
$4.11
52 votes
댓글 남기기 70
Authors get paid when people like you upvote their post.If you enjoyed what you read here, create your account today and start earning FREE STEEM!
STEEMKR.COM IS SPONSORED BY

really amazing like that other you did amazing post ... i am sure i will enjoye it and i will restreem for my followers

Thanks for the resteem losfer!

and look at the face of worry and fright that this boy has, he knows that she is about to be executed.

I still wonder how you do it, but amazing how can you see the angle of the scissors.

Thanks for the resteem brother 👍🤝

Yes sir In this blog, over the last two weeks, we seen emojis that have depicted both males and females in socio-economic roles in society, occupations, and as imaginary beasts of the sea.

I swear that when I saw the emojis I knew that you would talk about that, what happens with the creators of the emojis and the women? LOL

Hey @ scan0017 I could not see you long. I'm unlucky about timing. Upvoted and resteemed sir. I hope you will see.

Exactly @scan , you are right, it’s violation and is abhorrent and disgusting.
We never point out this..... Now we got it thanks to you!!!!
@scan , don’t you think we should take action on this?

Awesome! Thanks for the resteem @depu!

Your emoji collections showing me ohhhhh my goodness looks. Lol,,,,,,
Why you always made me lough? I believe it's your choice.
Kickoff anyway man.... Looking to see fantastic next.....
Go ahead with steemit...Sure we all have offer.....

wow really awesome i loved your all posts really .
i will resteem your post <3

I love these emojis and I'm using them in chat all the time. Thanks for huge share I've resteemed your post 😍

Wow !! 😍 this is mine faviourite emojii hair cut the doll soooo cute 😘😍

hahahaha after seeing the emojis from that point of view, I can not imagine what my girlfriend would think if I told her that I want her hair cut hahahaha

Good post friends, good animation, his character was all sorts, I really love .. his post is always successful friends.

hahahaha, what a horror as it treats women the creator of the emoji, very good post @ scan0017.

hahahaha is as amazing as you can see things from another perspective, I like that incredible turn you give to the emojis. regards @ scan0017

It's true how we degrade emojis to women I'm recreationally very upset.

This increasingly becomes outrageous. That reminded me that I need a haircut. jajajja

Happy week for you too

Thank you so much @scan0017 for sharing this post.

Lol, The things I never saw until I met Craiggles.

Have a great week my man! 😀

@scan0017 you really have a wonderful creativity keep it up mate

so true. as a woman i always feel disgusting about it and i am so happy that we have people here on steemit who speak about gender discrimination and believe in gender equality.
will surely resteem it

we have to build trust and not goes against stop vilation against women! they are equal as man! great post you done with emoji and much appriciated!

Oh my :O her head is gonna get cut off! How could someone make an emoji like that... The creatoe should get a "haircut" like that, haha!

Yeah! And man, just look at her eyes!!

Those eyes show FEAR. There is no way around it. Pure, absolute, total fear! She is silently asking for help in there!!

How on earth is this being released to the general public??

I know, right?!?
Nice catch on the eyes!

Good morning friend, I really like your vision in the emojis, that expectation to see what they express. Thanks to its publications, I understand many emojis that I use in my phone without problems. Without knowing what, express a great lack in women. Thanks to these publications I share with my friends the digital abuse they frequent.

Very clever! I especially like the surprise ending.
Hope you don’t mind if I add a couple emoji wtfs to your list.
Wtf #1. 🤳🏽 No male Version of this one ... hmm
Wtf #2. 👼🏾👼🏼 A baby head with wings ? Hmmm
Wtf #3. 🤰🤱🏼Pregnant mom. Breastfeeding mom. No Dad. Wahhhh
Wtf # 4. 🧕🏽 Woman appears maybe Muslim with no matching male. 💔sad message

There will be something in which the ladies are not discriminated against. dear @scan0017? 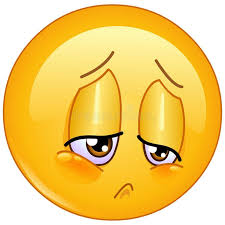 wawoow they are relaly amazing i love your post and resteem it too sir stay bless!

It's a big fear when women are going to cut their hair, I have 3 sisters and I'm still crying just because I do not like how I got the haircut
I invite you to read my post about microagressions since you talk about it in your post.
https://steemit.com/life/@jospig/microagressions

hello my friend @scan0017 good is something unfair, and a woman looks beautiful with her long hair. greetings upvote and resteem

The injustice continues . not sure if your familiar with Mark "Chopper" Read but mayby she is doing what he did and getting her ears cut off to try get out of Pentridge prison H division .

LMAO 😂😂
Jerry Springer IS entertaining! 😁
What would we women do without you?!
Say hi to your imaginary daughter that you'll never have from me 😂 haha love it

I am indignant recreatively we can not continue to allow this injustice enough of gender differences. Voted and resteemed