KindAds - Advertising Without the Irritating Ads

Ads.. annoying, informative, necessary evil? The opinion differs from person to person, depending on the particular Ad in question.

Advertising has been an integral part of marketting and sales as long as we can remember, dating back to as early as 500BC when stalls in ancient market places had signboards indicating their products and emphasizing that their stock was the best.

Early advertisements were to initiate one time trades or transactions, but as time went by the importance of a loyal customer base became apparent and companies began to create slogans, logos and campaigns to attract public attention as well as subconsciously trigger a sense of dependency on their products.
Sellers went from trying to connect with buyers to trying to convince people that they should become recurring customers.

From newspapers to radio, to television, to the internet, as new forms of media emerged, so did the forms of advertising evolve.
Advertising has led to people shaping their identities via the products they surround themselves with. Don't believe me? Google "gucci gang" or "hushpuppi" and see the power of a brand at work.

But with this transition to "pushing products to consumers", there arose a social menace. While economic gain was the final goal, it seems the user has unwittingly become the target of a myriad of indiscernible media.

"Everywhere we look and travel we are besieged by promotional images. These are on billboards, television channels, films, websites, radio stations, public transport and sports stadia … Thus, slowly, and often imperceptibly, promotion has seeped into all areas of society, at the organizational, social and individual levels.”
— Aeron Davis

Welcome to the Computer age. If you're like me you watch most of your movies, series and comedies online. And you are most likely all too familiar with the plethora of ads that have to be endured for you to get that final satisfaction of viewing your desired flick.
From YouTube to Netflix, ads are now a part of daily life. Heck you can't even own an android phone and use an app without losing 5-10 seconds of your time to an ad every hour.

Ads are not all bad though. There are times I've seen a product I was interested in. Not all ads are distasteful, and if we are to be honest, if a product isn't advertised how will people find out about it?
So how do we find common ground? How can we read our desired articles or watch a video without having to worry about the irritation of seeing the same ad twenty times a day on Youtube?

From the Sellers point of view, advertising is absolutely necessary. But even when you're advertising you want to make sure your products are being shown to the right consumer base and demographic. I mean you can't be advertising Bugatti Veyrons to people who live in a village environment and expect to make a sale now can you?
Neither can you advertise electric cars to a demographic still struggling to get 5hours of electricity daily and expect the orders to pile in.
Also what do you do when the advert company believes in quantity rather than quality? These days the advert business is very competitive, if you aren't using one of the big services (like Google or Facebook) then you are sure to fall behind. But you are spending so much to advertise your product out there in the internet, how do you target the right people?

So you're a successful publisher with a lot of viewers. You probably subscribed to an ad scheme in order to generate money from these viewers. Either from their hits of from their clicks on your page. You discover the ads being displayed are unethical, or quite frankly, piss people off. What are your options, please the crowd and go broke or damn their feelings and potentially lose a chunk of your fan base?

KindAds is a decentralized ad platform. It is hosted on the ethereum blockchain.

The mission is pretty straightforward. KindAds aims to change the publisher-advertiser relationship to ensure that they connect directly to the target demographic. This guarantees that the users and consumers are presented with products that is content-related and they might actually be interested in as opposed to the random/general suggestions of the conventional services. This will also greatly reduce advertise costs.

KindAds is taking a unique approach by first utilising channels like push notifications and emails that big corporations like Google and Facebook are not using. This changes the perception of advertisers and publishers who won't see it as a competing platform, but instead a platform that they can use in addition to Google and Facebook. This gives them a strong defensible position when they eventually venture into native Ads.

The KindAds team has a solid background in running Ad agencies and are connected to the founders of many others. They will also be working with platforms like WordPress and Kajabi which will give them unprecedented access to millions of potential publishers.

What Are The Benefits of KindAds? 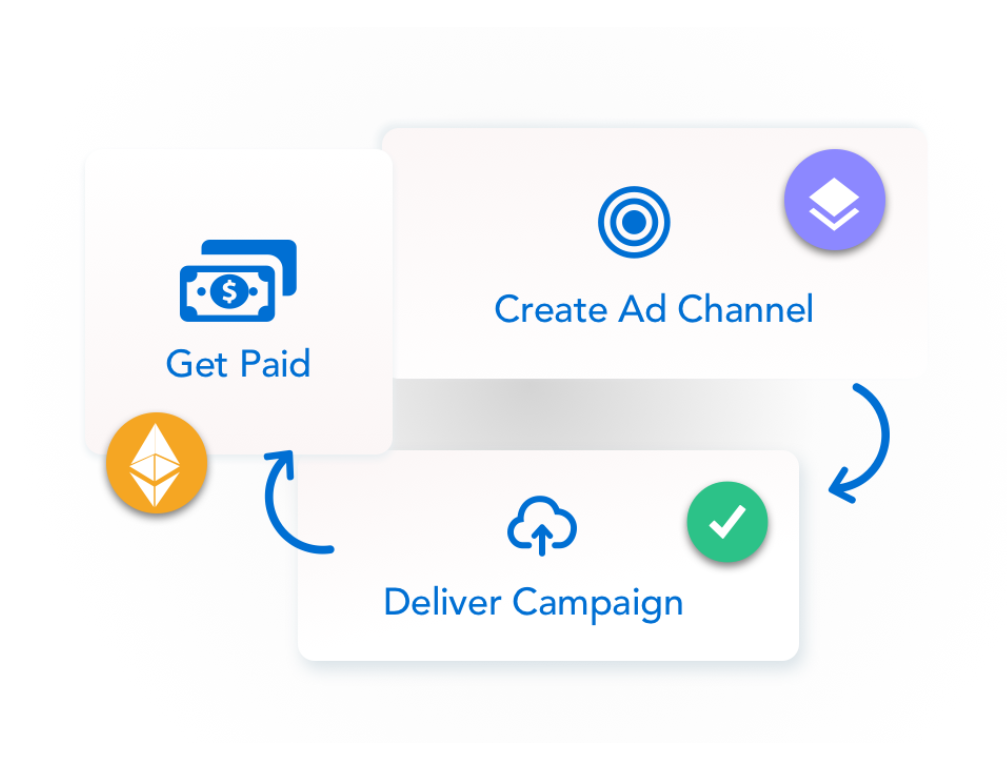 So How Do Users Gain?

Apart from being paid to view Ads, users can even choose what kind of Ads they see. Users can willingly enter their information and let advertisers bid for their interest. Basically you are being paid for "being available to be advertised to".

Paul has a faulty phone and decides to buy a new one. Paul is not too tech savvy but knows he needs something with a good camera and strong battery. Paul registers his name, location, his need for a phone and the desired specifications.
Now phone companies around Paul, or those who can ship to his location, send Paul their inventory that fit his demands. Paul sees these suggested phones while browsing casually and can make his choice.

And the best part of it all? Apart from being paid to look at options, Paul can even register without volunteering any personal details and can also decide when he doesn't want any more Ads.
KindAds will protect its user's privacy and data. No one person or company will have access to user data or be able to use it for their own self-interest. Utilising the blockchain helps ward against hacking attacks.

As with all blockchain based economies, KindAds is powered by their own token called KIND. The advertising companies can pay with KIND, while users and publishers can earn them for participation and marketing services respectively.

This power-team is spearheaded by Saulo Medeiros, Rafael Mayrink and Jaime Sanchez. Between them is over 30 years experience in diverse fields ranging from digital marketing, administrative controls to Information Technology and cloud architecture. They are supported by an even more amazing roster of advisors that include
Neil Patel (founder of Crazy Egg, Hello Bar, and KISSmetrics, and founder of QuickSprout);
Saber Aria (co-founder of Blockchain World Conferences);
Trevor Koverko (founder and CEO of Polymath, a company bringing securities to the blockchain. He was also an original advisor/investor to the Ethereum project);
Nadav Dakner (founder and CEO of InboundJuction);
Jay Westerdal (founder of Domain Tools);
Jonathan Cronstedt (President of Kajabi, a leading publishing platform where people can create and monetize websites. Kajabi users have sold over $300M of digital products via their platform);
Eric Siu (founder of Single Grain, a digital marketing agency that helps companies such as Uber, SalesForce, TurboTax, KitchenAid, Random House, Sony Pictures, and Nordstrom grow);
And
Caio Beleza (partner of NPBR International LTDA).
Read more about the team here

If this doesn't scream #WinningTeam! I don't know what does.

The total supply of Kind tokens is 61,000,000. This is pretty small compared to other token releases out their. Expect a huge rise in value as the vision of KindAds is something that many will buy into. You know what they say about the Early Bird.

For more information on KindAds, visit their website here
You can also contact their team on
Twitter and
Telegram. They are very active and ready to answer all your questions.

You can also watch this video interview

And get an Altcoin expert's opinion

KindAds presents you with a new and profitable way of enjoying your online experience, turning that ad-inspired frown into a money-making smile. Get involved now!

This is a submission for the @originalworks contest here

originalworks busy advertising kindads technology
3년 전 by ulqu366
$2.94
181 votes
댓글 남기기 6
Authors get paid when people like you upvote their post.If you enjoyed what you read here, create your account today and start earning FREE STEEM!
STEEMKR.COM IS SPONSORED BY

Your post has been resteemed by @anupbose and @apukb
To get resteemed to our 3500+ followers send 0.100 STEEM Or SBD to @anupbose and url in the memo.
Thanks @ulqu3 for using our service.

Now that is a freaking detailed write up, if they can manage to integrate with dtube I am so in!

Going to have to look into this when our webpage launches

Sneaky Ninja Attack! You have just been defended with a 3.45% upvote!
I was summoned by @ulqu3. I have done their bidding and now I will vanish...

this isnt my industry but i still appreciate piece of good work,

This post has been submitted for the OriginalWorks Sponsored contest!
You can also follow @contestbot to be notified of future contests!