Book Drive: Be A Champion [Posting for a Friend] 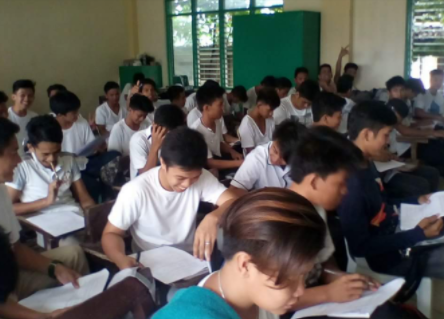 Yes! That means hello friends. Today I am not asking you to like photos but I am sincerely asking for you to take time on reading my message.

In this modern age, we could help others directly or indirectly. In line with that, I would like to ask you to help others build their dreams! I would not be asking you to be a sponsor in giving money but by sending books (hard or soft copies will really do).

Children needs Champion to help them build themselves.

Most of the time, the teachers became their Champion in one way or another.

So to say, Teachers also need champions to help them become champion to their students. Hi, I am Angelo A. Acenas, a Senior High School Teacher.

I am also a Teacher Fellow at Consolacion National High School. I am seeking your support in gathering books that is content appropriate for SHS Grade 12 students:

For soft copy, please email it to angeloacenas@gmail.com or anj.acenas17@teachforthephilippines.org.

But if you have preferred way of sending those, you may so.

To give you an idea, most of the topics covered in Senior High School are the same as that of 1st year or 2nd year College student.

So if you have those books, we will be happy to meet a CHAMPION like you.

You may refer to the following as reference (but is not limited to the references listed below):

Calling the attention of anyone who has those books that you can send to them - these students can use a bit of help - it will mean BIG for them. Be their champion.

As part of this campaign - I amaccepting donations that I will send directly to them. Earnings of this post will also be converted into fiat money and sent to them. Those funds will then be used to purchase those books (Either I purchase those books then send it to them, or I'll send them the cash so they can purchase it on their own.)

His post was meant for Facebook (it was sent to me via messenger, so no source), but I opted to post it here. I will try to invite them into Steemit too.

philippines donation books tilphilippines steemiteducation
3년 전 by deveerei68
$38.85
59 votes
댓글 남기기 10
Authors get paid when people like you upvote their post.If you enjoyed what you read here, create your account today and start earning FREE STEEM!
STEEMKR.COM IS SPONSORED BY

Tama! Kailangan natin silang suportahan, let's be their champion! :D We're currently trying to get started with roadshows in school and universities to introduce steemit to students. Same with what @surpassinggoogle and @jassennessaj is doing - we're on the same boat. :D Great! Thank you so much!

Education is the most powerful weapon, which you can use to change the World. I Respect and Salute you IDOL @deveerei.