*This was a paper I chose to write for my philosophy of religion class. I really liked the way it turned out. Please add suggestions and feedback in the comments. I appreciate the community's help :)

JANUARY 15, 2018
The ultimate sacred reality that Nagarjuna describes in his work “An Analysis of Nirvana” gives the uninformed reader a new perspective of an ultimate sacred reality. The excerpt begins with an opposing question for thought to guide his thorough analysis of what cannot be comprehended with a mere glance of instruction. The question is: “If all existence is empty, there is no origination or destruction. Then whose nirvana through elimination [of suffering] and destruction [of illusion] would be postulated?”(Nagarjuna, 76) . In other words, if there is no beginning or end to an empty existence, then which nirvana is to be achieved? Nagarjuna replies by asking the opposite of the question replacing the word “empty” with “non-empty”. Nirvana is something that cannot be existing or non-existing according to Nagarjuna. Nagarjuna tells the reader that if something exists then it must be constructed and involve a deconstruction, or and ending such as death or old age or becoming rotten (Nagarjuna. 76). The same principles apply to what is a non-existing thing. A non-existing thing has attributes opposite from an existing thing. Both existing and non-existing things have a dependent and an independent quality associated with their existence. All things come from other things. All non-existing things come from the idea of existing things. Nirvana is neither existent nor nonexistent. The passage suggests that maybe Nirvana is both existing and non-existing at the same time? Nagarjuna says that this also cannot be because to be both existing and non-existing involves conditions to operate within. Nirvana is a “non-composite product, while both an existing and non-existing thing are composite products”. (Nagarjuna, 77) Nagarjuna gives the reader an analogy of light and darkness, saying both cannot exist in the same place at once. One must prove that nirvana is and is not an existing or non-existing thing. The Buddha himself has not demonstrated this concept to us after his death or on Earth. (Nagarjuna, 77) I believe Nagarjuna uses Buddha as an example because the Buddha supposedly achieved nirvana. Nagarjuna argues that nirvana is not even between existence and nonexistence, and existence and nonexistence is not between nirvana. He talks about the extreme limit of nirvana and says if you are limited then nirvana will be tainted. The darmas, he explains, have no set limit and are not even limitless. This, he says, is neither permanent nor impermanent. (Nagarjuna, 77) He concludes with saying that if one stops accepting reality, then one stops accepting knowledge and development the self. 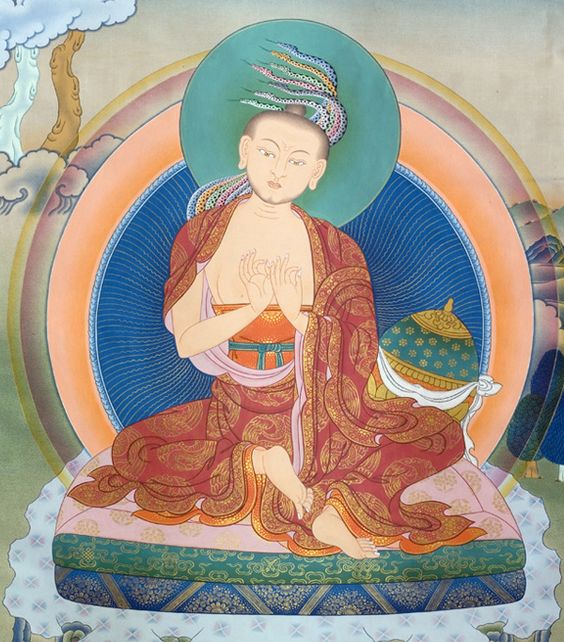 philosophy writing academic religion
2년 전 by philosopherbob41
$0.00
1 vote
댓글 남기기 0
Authors get paid when people like you upvote their post.If you enjoyed what you read here, create your account today and start earning FREE STEEM!
STEEMKR.COM IS SPONSORED BY