Hi, guys!
Winter this year terrible. I look out of the window, and there dirt and slush. Awful beginning of winter. Mood on zero. Today during a lunch break I thumbed through my summer photos. Photos have caused many pleasant memories. I have come across pictures which I had taken during one of week-end. I and my friends went to have a rest on the abandoned beach of the Don River.

Sunbathed, bathed in the river, fried meat and caught fish. Have reached on the vacation spot in the evening. On the opposite coast there is a Monastery, in his photo it is a little visible. 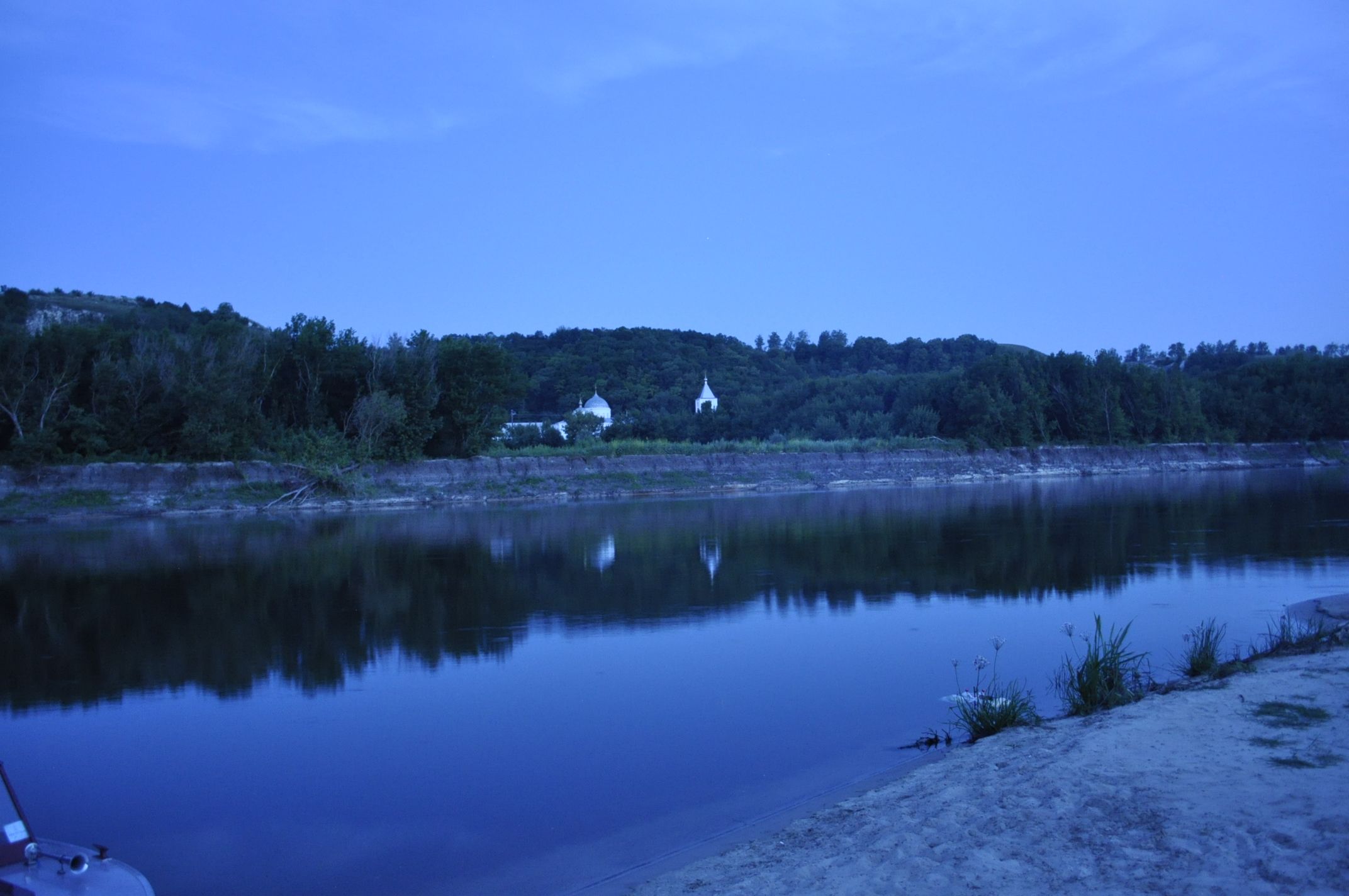 Morning and sunrise was most of all remembered. This most magnificent natural phenomenon. That morning I have woken up very much early. The sun still hid behind the horizon. The sky was gray as буд in cloudy weather. In the river small fishes wake up and begin to be fed. This best time for fishing. 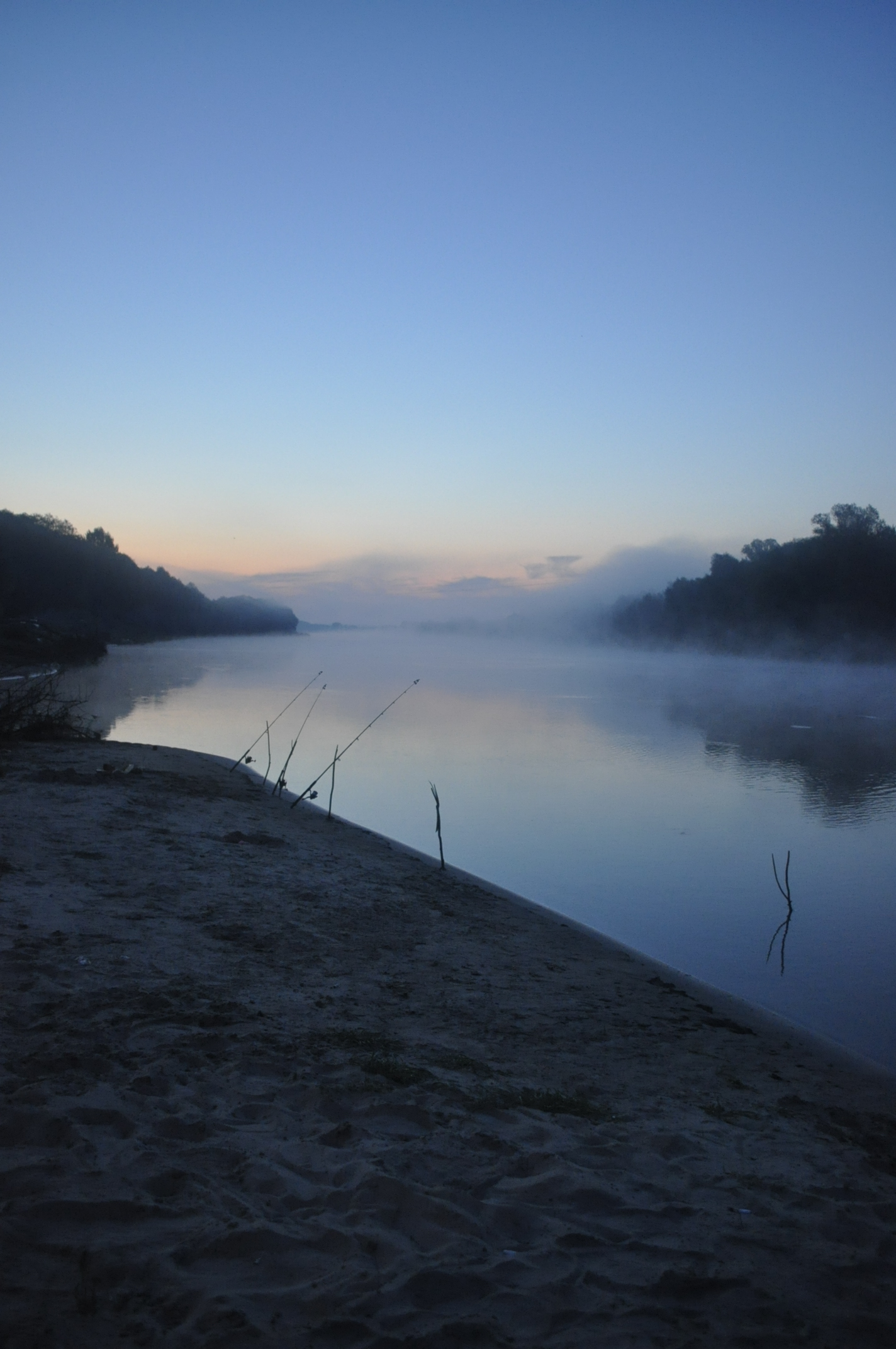 Over the river fog floats. Fog curls and shreds rises into the sky. The sun has appeared from behind the horizon also has painted all area in red warm color. 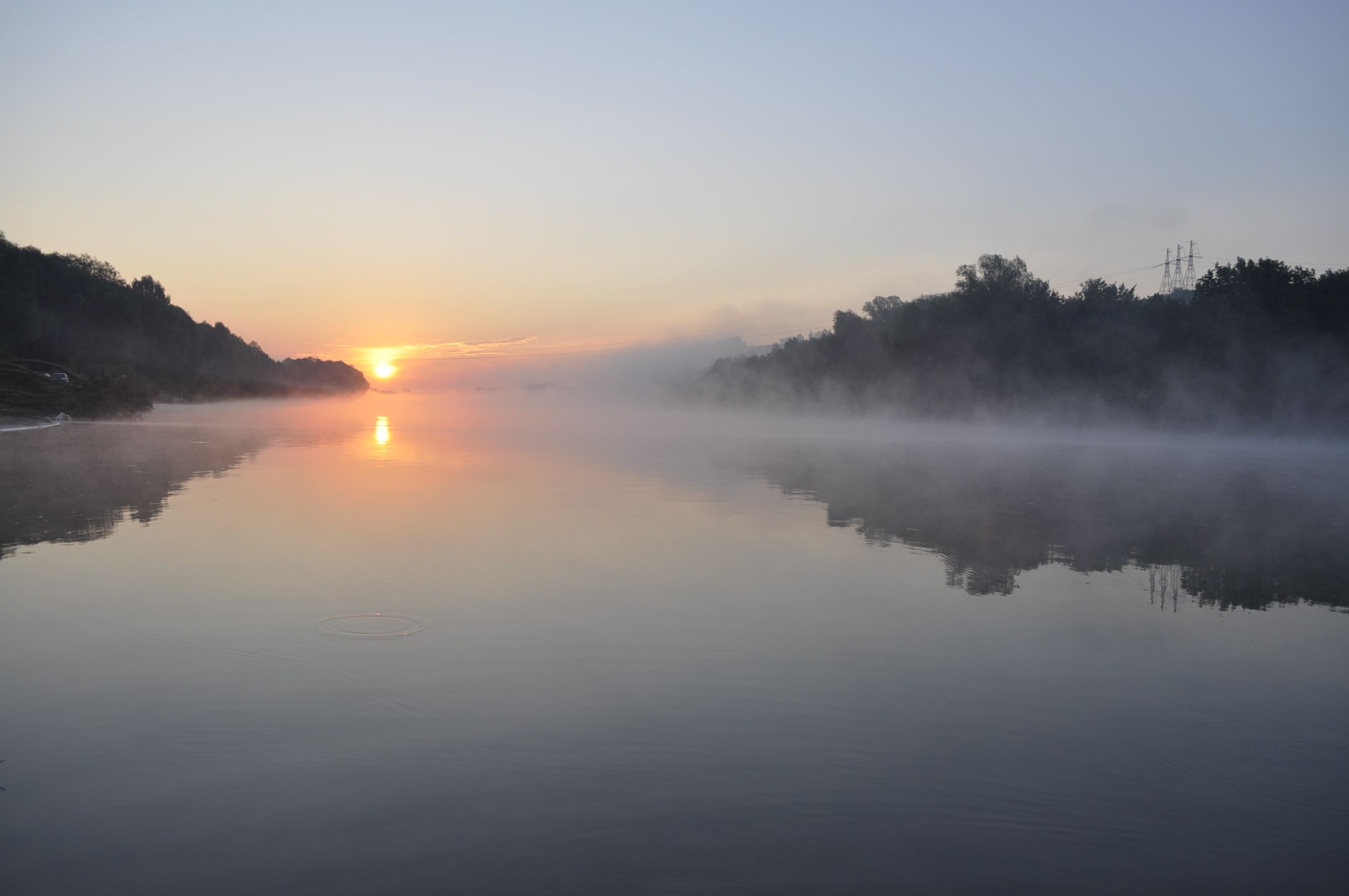 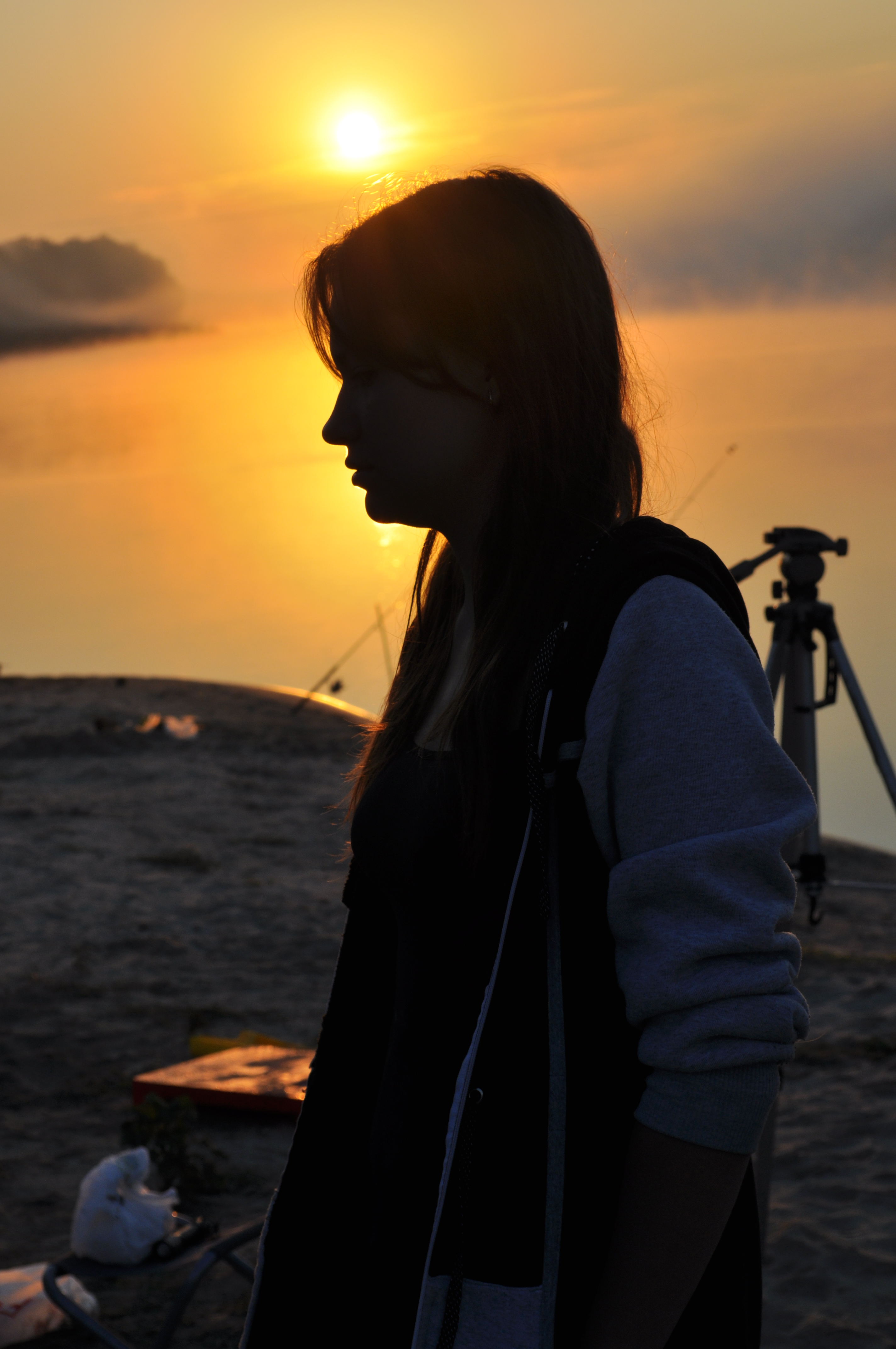 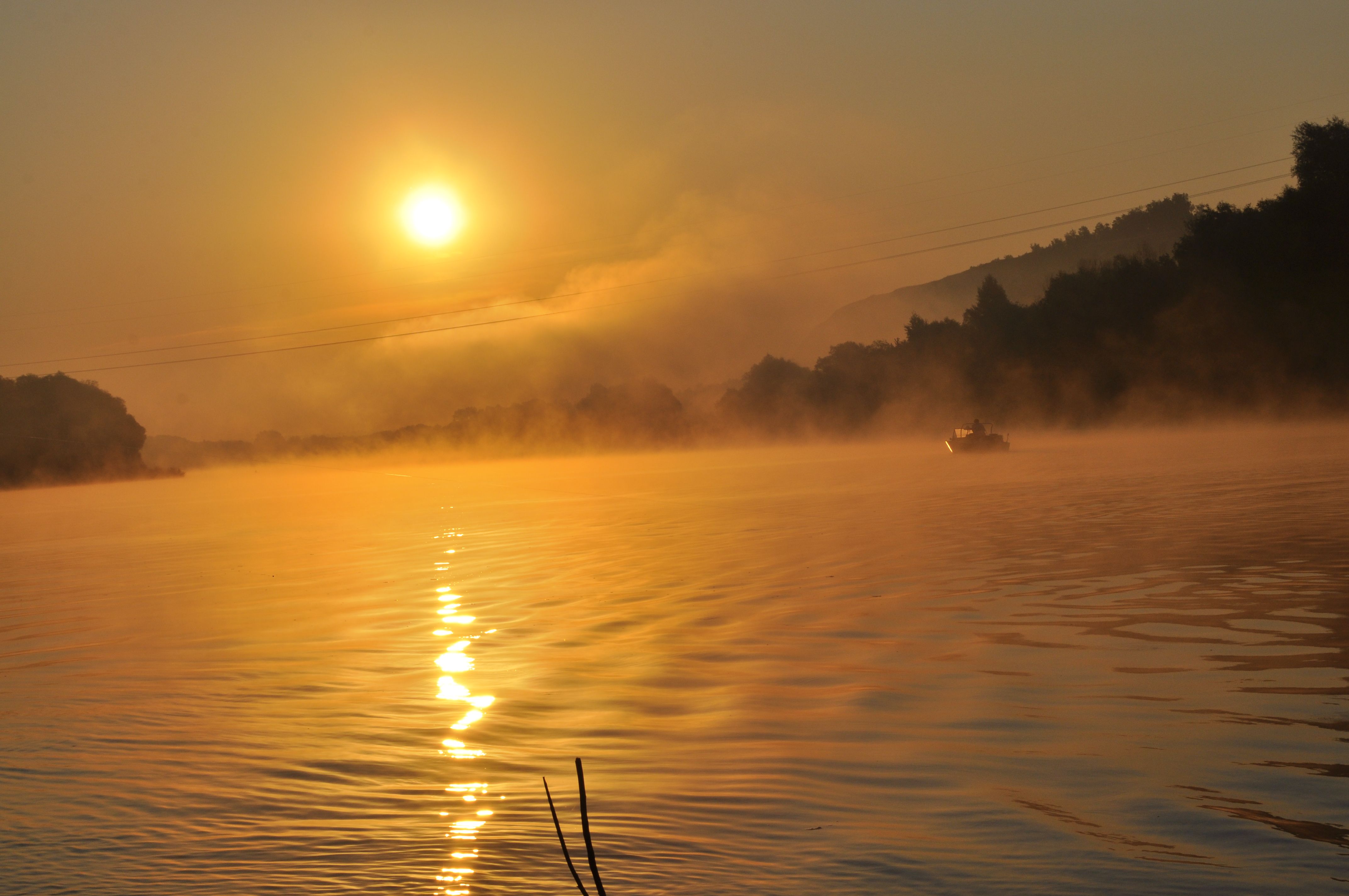 The nature wakes up. Birds begin to sing, fish pleskatsya, insects wake up. The silence stops and the world around me begins to be filled with sounds. The sun rises above, then is even higher and magic morning time comes to an end. Begins new day.

photography nature life summer blog
3년 전 by dmiton48
$11.92
384 votes
댓글 남기기 150
Authors get paid when people like you upvote their post.If you enjoyed what you read here, create your account today and start earning FREE STEEM!
STEEMKR.COM IS SPONSORED BY

These are amazing photos my friend. Keep it up :-)

I like your photos even I want to be like you, and I always follow you.
may be my inspiration to try to follow the steps of this photographer is the result of my photos Hi there nice blog .I like the sunset its so beautiful even its winter season.

I can't translate your comment into my language. Please write in English.

it seemed to me that it looks very warm:)) Thank you for resteem my post!:)

Thanks for upvoting my post. Upvoting and following you from now on

I want all the people of Vrithibir, do something for all people, man for man

Sometimes we wish we had winter here in africa . its so hot over here @africa .i dream of winter and snow man

Great photos, looks like a nice place, In South Africa we say "what a lekker place"

Thanks, this is interesting :)

Thank you @skeptic! You are as always generous with good words:)

IDK if its your camera or the location but they almost look to perfect to be real.
:D

Sorry, I don't quite understand. Or Google incorrectly translates in my language? Camera old Nikon D90. No filters, no Photoshop. If you photograph against the sun, you get a fantastic, unreal pictures. But if you turn your back to the sun, it turns an ordinary photo. What is IDK?

Congratulations @dmiton! You have completed some achievement on Steemit and have been rewarded with new badge(s) :

Hi! You have a lot of followers. hehe. How do you do that? can you please help me? @dmiton :)

Thank you @annie32!:) Where is this beautiful garden?

Wish I was there Dmiton! looks chilled : )

It's easy to fix. In four months it will be summer. Come to visit us. Going to rest and see the sunrise:)

Awww thanks for the offer Dmiton. I'm from the UK. Have a great evening. : ) Plus thanks for the upvotes on my posts. I do like your posts and will continue to check and vote.

Your all photos are so beautiful and most eye-catching.That's natural power od beauty.

wow there are many beautiful places thank for sharing

Congratulations, you have received a free reSTEEM from @bonds!

Bonds offers a selection of services for STEEMians, from upvotes to account creation.

Bonds is not a bot- this is run by humans, for humans.

Check out our blog to find- out more.

Thanks:) I don't need. I can also create new accounts without registering directly on the blockchain.

The pictures are awesome Wonderful pictures. Thanks for sharing.

Nice shots!!! Wow. I just followed you and upvoted. Thanks for up-voting my post.

beautiful place without a doubt!

thanks to: @dmiton.
For more information, click here!!!!
Send minimum 0.010 SBD to bid for votes.
The Minnowhelper team is still looking for investors (Minimum 10 SP), if you are interested in this, read the conditions of how to invest click here!!!
ROI Calculator for Investors click here!!!

This is awesome work my friend ! Beautiful photography at beautiful place . Hope you enjoyed the BBQ !!!!Happy New year !! You are welcome my friend ! Happy New Year !!

Excellent use of early morning, @dmiton :)

Nice photos. It's a nice way to improve your winter mood🌴🎄🌳🌲🌻

Wow man, thats beautiful. I hope i can travel to russia in the future.

Congratulations @dmiton! You have completed some achievement on Steemit and have been rewarded with new badge(s) :

Thank you @metaforza!. You are absolutely right!:)

LOL, you should come visit Chicago for this winter, it's a lot of that slushy-mushy dirty looking snow under the cars, and people are just trampling through it as if it was a grape marsh-stomping pit haha. :D

The climate is changing. I have always been opposed to the theory of Global Warming, but each new winter warmer than the previous one. Perhaps in 10 years we will have a climate like Florida and we'll forget what it looks like snow :)))

I love the winter Dmiton embrace it! LOL : ) summer is better though.

Yes, each season has its pros and cons. And it's good!

Hi dmiton, thanks for the upvote! Shall we follow each other mate ?

Beautiful photos bringing a little sun into a cold climate cheers me up.

I am very glad that You liked my photos. Thank You @mother2chicks!:)

@dmiton great photos and descriptions, loved it.
Thanks for your mutual support with my warriorcryptopoetry too. Please check out the others too.

Please upvote me at

actually we often see a beautiful atmosphere when the sun down on the western horizon even in the morning when the dawn rises, but in early 2018 I agree scientifically this phenomenon that extraordinary little science that I get from high school first maybe this phenomenon exists Similarities such as the phenomenon that occurred in the area of ​​East Aceh in 1980 in the idi rayeuk area of ​​eastern Aceh, I can only say this is due to depletion of the ozone layer. or a kind of granite outbreak that caused refraction. but in general I agree withexperience.

wow! the quality and color of the light coming off the river into the mist is very calming and dreamlike!

This is very beautiful,thank you for sharing this photos. :)

Lovely, warming photos from your fishing excursion. Thanks for your recent upvote on Rose.

I decided to follow you and hope to see some more photos soon. Try to stay warm, in spirit—at least, if not possible in body.

please all vot back mr

I agree. This winter has been rough so far. Thank you for sharing the warm photos. Have a great day :)

.thanks for this post...I just looked outside and said I'm tired of the snow
.your photos provide a bit of relief
☃️⛄️☃️⛄️☃️⛄️☃️

What a fine idea: dreaming of warmer days whilst shivering in the cold ones. We are unseasonable cold right now, very cold. So, I am dreaming of warm Spring rain and sprouts popping up in the garden. I am imagining the cool splash of the sea on a hot day, snorkeling and watching sea creatures and turning my toes over and over in the warm August sand. Lovely photos and wonderful holiday you must have had. I am also following now as well. :)

Fishing and photography! Two of my favorite things. Nice photos! 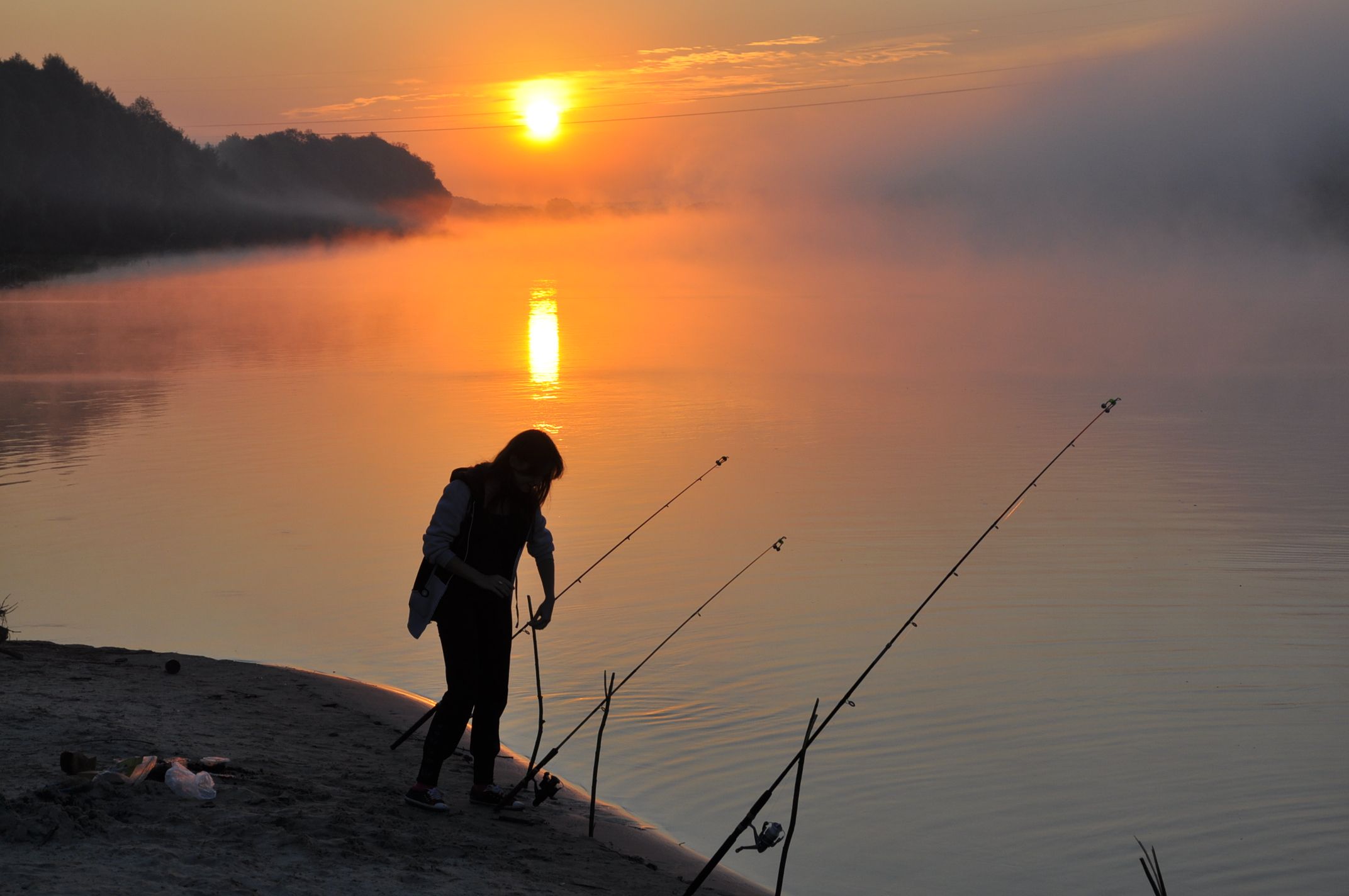 Thank you for your support, I really appreciate it! And thank you for sharing these images, you obviously have an outstanding camera but your natural ability to capture images is remarkable. Well done!

Thanks for the support! Love your beautiful shots of the lake and your fishing plus barbecue..spectacular!

that water is like a mirror, the mist around it, what a beautiful place to be. if winter blues still have you in a funk, try going out and searching for the beauty in winter. Photography is great for reminding you of what is great in life (:

Winter feels good in the winter, but when it is very cold after winter, especially those who are old, I have given some warm clothes to me. Now, try to provide many more winter clothes next year.

Ahhh, swimming, catching fish and cooking them by the river! Goals! Thank you for sharing!