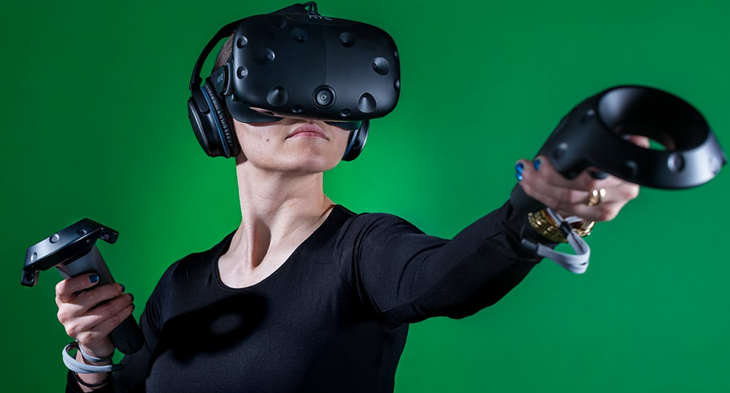 VR technology may disrupt the way we view photography. Over the past few decades, photography has become much more accessible and easily distributable due to the evolving landscape of the digital world. However, when digital cameras were first introduced, they were extremely expensive, clunky, and produced grainy images that were outmatched by their analog counterparts (https://www.forbes.com/sites/chunkamui/2012/01/18/how-kodak-failed/#b9396316f27a). It was pure novelty and Steve Sasson, a Kodak engineer who invented the first digital camera in 1975, said: “But it was filmless photography, so mangement’s reaction was, “that’s cute – but don’t tell anyone about.” Digital photography looked and felt like it was something from the future, but it was far too advance that even key players within the photography industry could not predict its eventual revolution. This dismissal loosely mirrors the sentiment around VR technology today. They’re expensive, clunky and only a very small niche of technology enthusiasts feels their revolution is eventual. If we look at the different use cases that VR technology may be able to supplement, this question may become clearer.

VR technology can arguably be attributed to stereo photography. The very first stereoscopes allowed two images to combine, which created a 3-D illusion within our brains (http://www.arts.rpi.edu/~ruiz/stereo_history/text/historystereog.html). It was a novel design and it continued to develop further into other entertainment utilities such as children’s toys and the 3-D red and green glasses. However, the use of stereoscopes to produce VR-like illusions came in and out of mainstream’s consciousness due to its impractical nature, and was largely abandoned up until more recent times.

The Oculus Rift, a successful Kickstarter project that started in 2012 and was eventually purchased by Facebook in 2014, is the first true VR experience. Through the Rift, consumers are treated with a 110-degree field of vision lens, and their head movement is tracked to allow complete precision and immersion into the projected film or photograph. Following the success of the Rift, many 360-degree cameras were released to consumers to allow them to produce images that span 360 degrees and were viewable through the Rift and Rift-like products. With this breakthrough, industries such as real estate and tourism, can now preview products and services to their customers which become almost like the real experience. With this technology, consumers can now literally step into a still photograph and walk around to inspect the nuance that’s happening within it. Now instead of having a subjective frame of reference, photography can be an objective projection of the real world.

Given the evolving landscape of the digital revolution and how it’s slowly disrupting many industries, VR feels like a fitting next step. The industries that may benefit the most from 360-degree photography and VR immersion are industries that require a preview of their products and services. Real Estate and Tourism immediately comes to mind, and many companies are already experimenting and integrating these images into their businesses (http://solidvirtual.com/real-estate/en/). Having said that, I still feel fundamental photography will never go away. The ability to frame an image based on our subjective visions and ideas are largely lost when there is freedom to shoot a 360-degree image. VR technology may be disruptive to photography, but it will only be for niche industries.

photography technology vr writing creativity
2년 전 by elowin52
$2.83
19 votes
댓글 남기기 1
Authors get paid when people like you upvote their post.If you enjoyed what you read here, create your account today and start earning FREE STEEM!
STEEMKR.COM IS SPONSORED BY

This post has received a 2.34 % upvote from @booster thanks to: @elowin.