I don't know if this will interest anyone, but I figured I would see if anyone likes this. I took short videos of some of the plants to give a better idea of their size and visual impact.

Here is the video

These are the plants featured in the video. I've featured this kind of plant before, but I hadn't seen this peach color before. 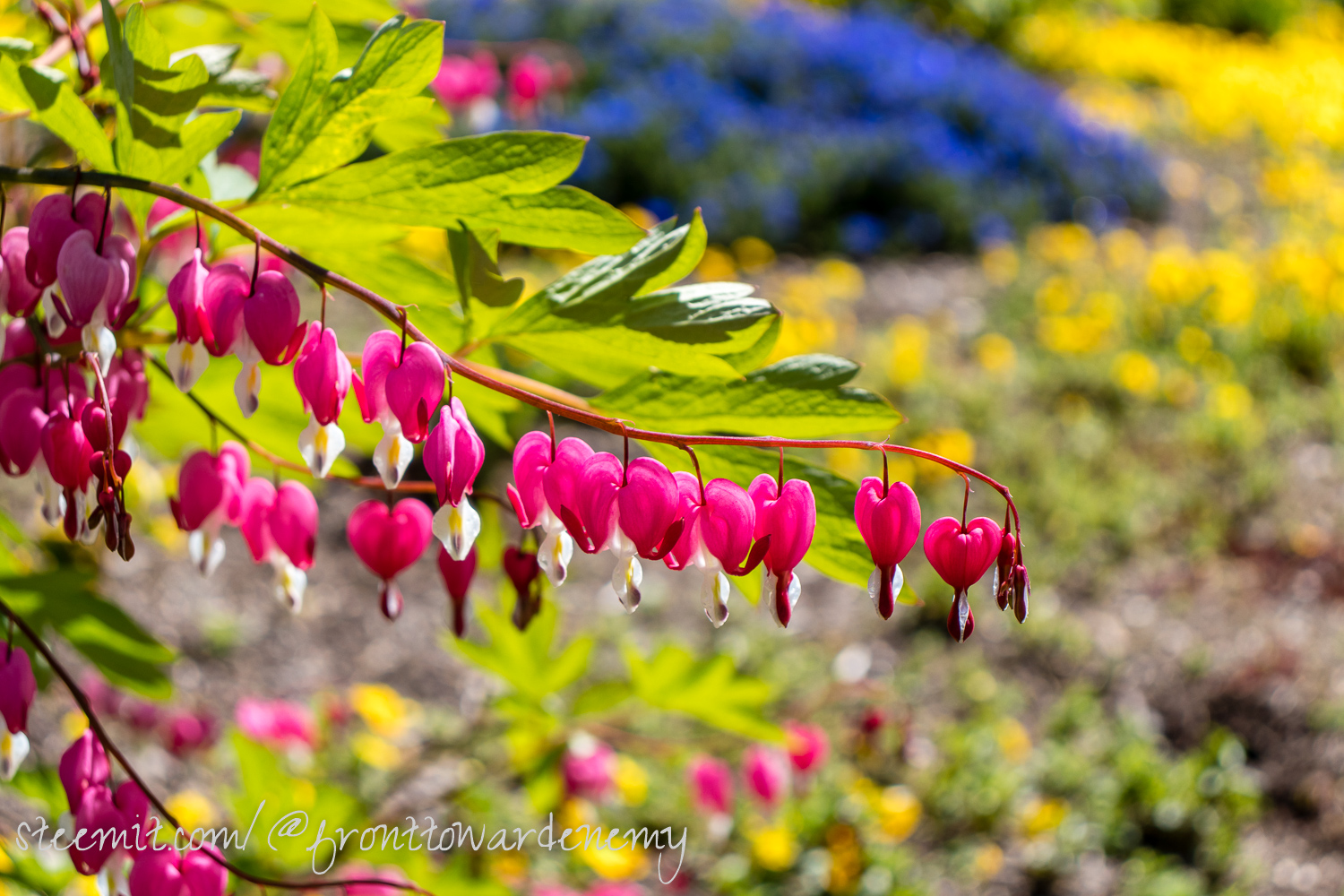 This is the Bleeding Heart flower. It's probably my favorite flower that is currently blooming. I've been watching these trees ever since I noticed the millions of little pods on trees. I didn't know that they would turn into pink flowers. I posted about this tree in Portland Plants 7. 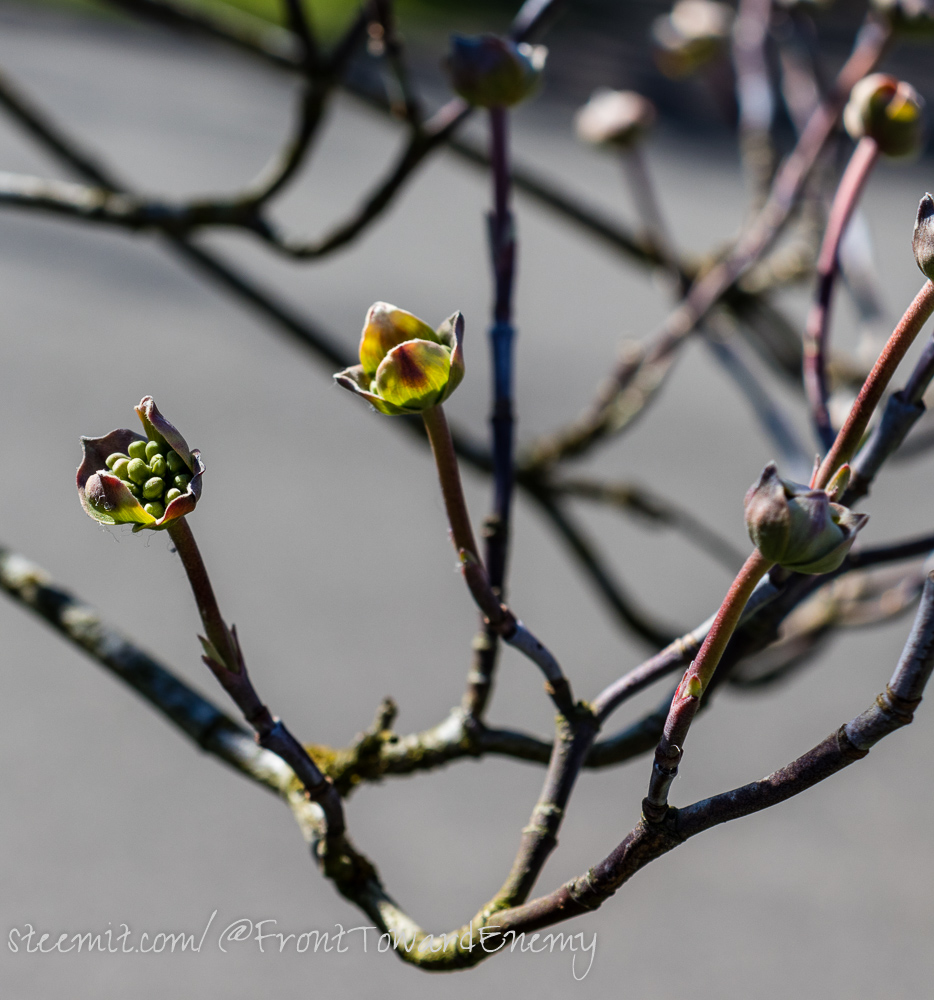 This is what they look like early in the season. This tree is closely related to the previous tree, but the flowers are much bigger. And white, obviously. 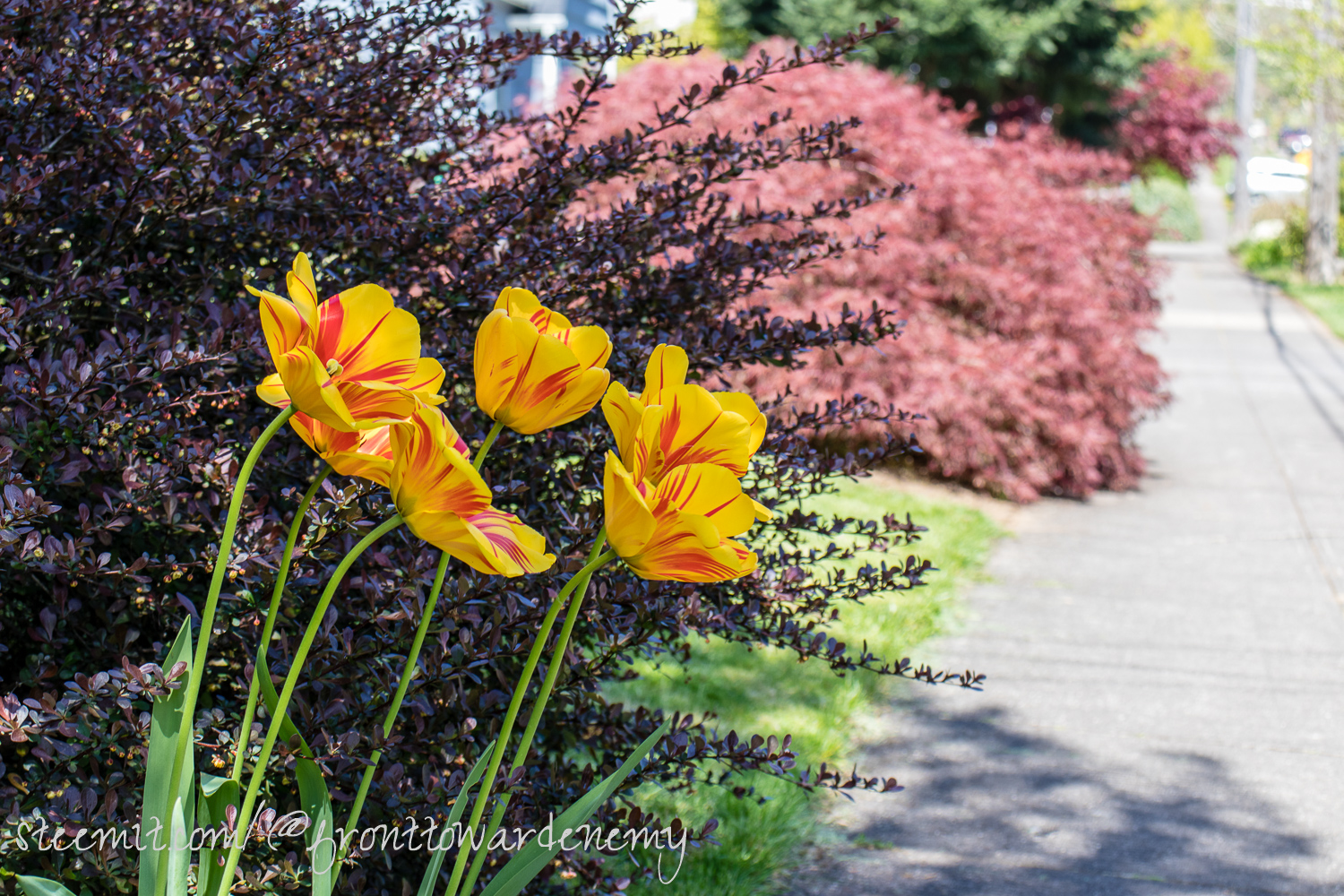 Tulip season is almost over, and I've already got a million tulip photos so I wasn't planning on taking any more. There was something about coloring and stripes of this family of tulips that I wanted to capture. I featured this tree yesterday. It was the only plant from the video that I featured in yesterday's post. 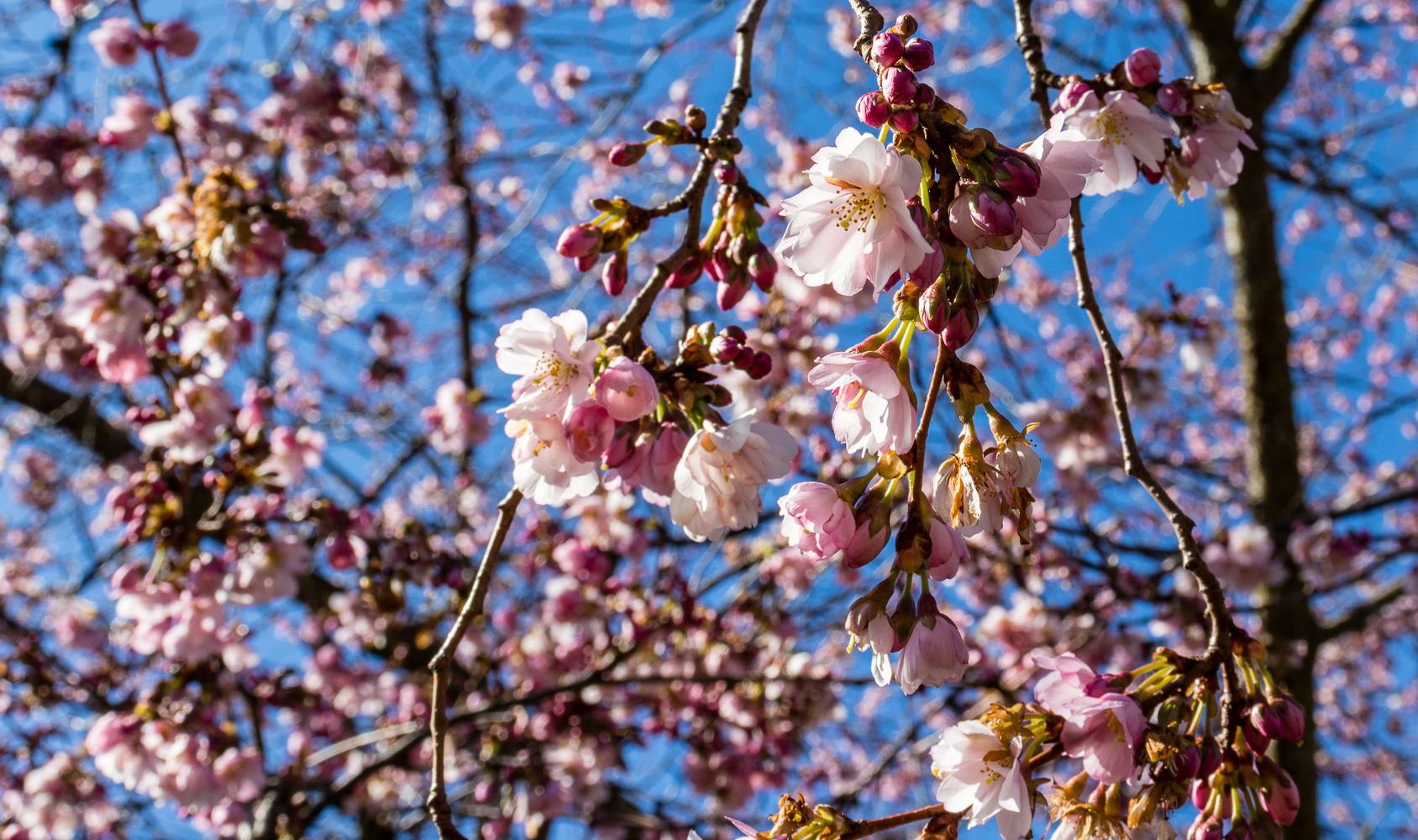 I didn't actually take any photos of the last tree in the video. I think this is the same type of tree. I took this photo from Portland Plants 3.

That's it for this post. I'm not sure if I'll keep doing the videos. They take up a lot more space than the photos and require more work to post them. At the end of the day, I think people are more interested in the photos than the videos.

photography portland nature blog life
3년 전 by fronttowardenemy57
$4.68
27 votes
댓글 남기기 10
Authors get paid when people like you upvote their post.If you enjoyed what you read here, create your account today and start earning FREE STEEM!
STEEMKR.COM IS SPONSORED BY

The two trees with the pods you were watching are Dogwoods.

Ahhh. I thought these were Dogwoods. That is a magnolia. Sometimes called a tulip tree.

I like the video. And the music. Very jazzy. The pod photo is really pretty wild, kind of alienic. Amazing it becomes flowers like these. This is a fun series, wandering around the city with so much to photograph.

Thanks man. The song was something my friends and I made when I was living in Germany. @beatseb did most of the work on it. I'm glad you liked it. It's one of the few songs I feel safe using on youtube because it's mine.

That's so cool. I should be so talented. Musical abilities of a slow rock here. I've looked into using canned music, though I've yet to get very involved in youtube, etc beyond Steemit. Maybe someday. About all I could do is read stories like a podcast. Thought about it. But not sure there would be much interest. Guess there's only one way to find out.

wow.
just wow.
some amazing view of those beautiful flowers.
and that footage is also good.

You seem to be a person who loves flowers.

The flower looking very nice. Its colour is very attractive.i like it.