News and Curiosities of the Week

Well in this opportunity I want to share the curiosities that happened this week, that were trend around the world without more to say we go to it .. !!!

Let's start with a creature that was recently found in Taiwan, at first glance it seems to be a tangle of wires or sticks, but if you look closely you will notice that it moves, some have suggested that it is parasitic worms of the hemato morph family which could have curled while feeding or mating.

Others assure that this is a species never discovered and others that we are from another planet but only you have the last word, this video is already viral on the internet and you can see it then going to the next link.

As we know There are bridges of all sizes and materials although none is like this, recently opened in Switzerland the longest hanging pedestrian bridge in the world is 494m long and only 65cm wide and at its highest point it rises to 85m ground. Before crossing the route of the nearby provinces took 1 to 2 days on foot but thanks to this bridge was considerably shortened that route also those who built the bridge indicate that this bridge is very safe, but even so walking through this bridge will be an experience very cool you or not .. !!!

Have you ever heard someone say that I had clear eyes when I was little, before labeling them as a liar let me tell you this is possible, when a baby is born his eyes may be a bluish gray tone this is due to melanin, substance responsible for give color to the pupil, at birth the melanin is not impregnated in the pupil completely so it is completely normal for a baby to have gray and blue eyes at the time of birth.

This does not last long because in most cases the eyes turn brown in a period of 6 months to a year.

Would you test your urine?

If someone would challenge you to drink your own urine you would say ... before saying that you would never do it, let me tell you that you have already done it.

During the stay in the mother's womb the babies urinate into the amniotic sac, this happens after the ninth week when the kidneys are gradually formed, the amniotic fluid inside the womb is combined with the baby's urine but it is not until the tenth week when the membrane covering our mouth disappears that it is from then on that we begin to swallow small quantities of this liquid. In conclusion we have all tried it only that we have no memory of it mmm .. !!

Every month a new optical illusion invades the Internet causing a headache, this time the image was created by Victoria Skye although the lines are straight your brain interprets otherwise and if you do not believe me put a rule or some straight object that you have at hand and you will see what I mean. 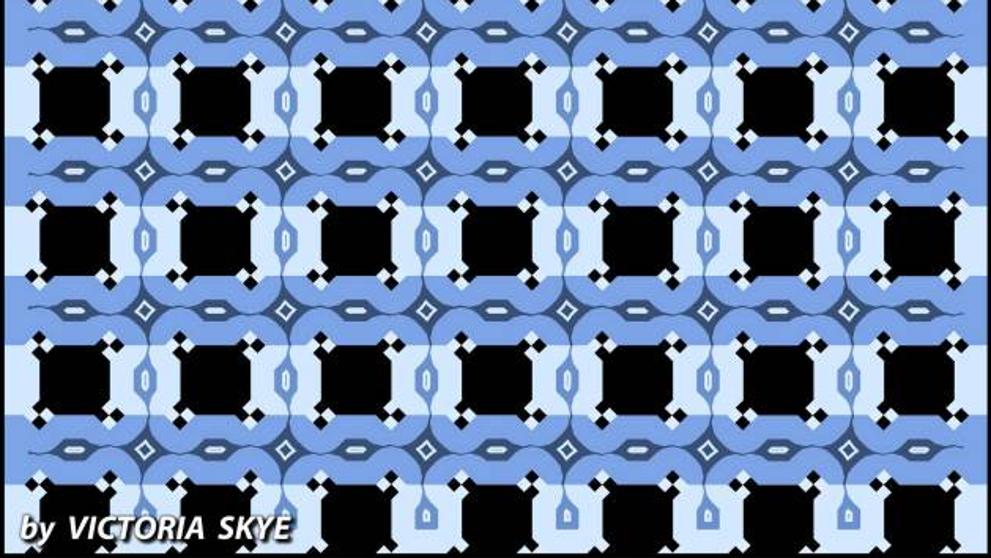 It is amazing to see how straight these lines are but you can see at first glance that they are inclined but it is not so I go crazy with this XD image ... !!!

It has happened that after eating some pieces of pineapple you experience a strange sensation of burning and itching in the tongue this is because of the bromelina, a mixture of enzymes and proteins that degrade the meat when the bromelina comes in contact with the skin inside and around our mouth begins to break down the surface of the tongue cheeks and lips. This does not mean that it is dangerous and must stop eating pineapple, the sensation only lasts a few minutes and almost immediately your tongue reconstructs those proteins and amino acids lost, when you eat pineapple she also eats you.

Well this would be all and thanks for watching this post

@jakvier
photography news art blog dineroconopcion
3년 전 by jakvier50
$1.56
17 votes
댓글 남기기 7
Authors get paid when people like you upvote their post.If you enjoyed what you read here, create your account today and start earning FREE STEEM!
STEEMKR.COM IS SPONSORED BY Resteemed and 100% upvoted. Thank you for using my service!
Read here how the new bot from Berlin works.
@resteem.bot

This post has received a 2.87 % upvote from @nettybot thanks to: @jakvier.

Congratulations! This post has been upvoted from the communal account, @minnowsupport, by jakvier from the Minnow Support Project. It's a witness project run by aggroed, ausbitbank, teamsteem, theprophet0, someguy123, neoxian, followbtcnews/crimsonclad, and netuoso. The goal is to help Steemit grow by supporting Minnows and creating a social network. Please find us in the Peace, Abundance, and Liberty Network (PALnet) Discord Channel. It's a completely public and open space to all members of the Steemit community who voluntarily choose to be there.

You Are An Excellent Steemian. This post has received a 16.67 % upvote from @steemthat Return the favor and SteemThat Person Back: @jakvier.