I've been very lucky to visit Syria before the war and terror started. I wanted to share a series of photos taken in Syria before the war to remind myself and everyone of a time when this country lived in peace and showcased its incredibly rich culture. Syria has been known as the ancient pearl and perhaps marks the beginning of civilization. All photos below are original and mine

The Syrian war has been a slowly unfolding catastrophe. The country is in a deep crisis and many Syrians are war-weary. However, hope for a new beginning remains, although still distant. Despite the suffering of the past number of years, I hope that Syria is somehow able to rebuild itself, and regain a new sense of pride.

One of the largest and oldest mosques in the world, the Ummayad Mosque is considered by some Muslims as one of the holiest places in Islam. The mosque also marks the beginning of significant protests related to the cival war. Some 50 worshipers gathered outside the complex and started demonstrations with pro-democracy slogans. The memories I have of this mosque, I will always cherish. The atmosphere in the courtyard is fantastic: bustling and full of life, however never intimidating or hectic. A true spiritual place. While the famous Umayyad Mosque in Aleppo (a UNESCO site) has been ruined in the war, its brother in Damascus survived thus far (being based in the capital strictly under the president's rule). 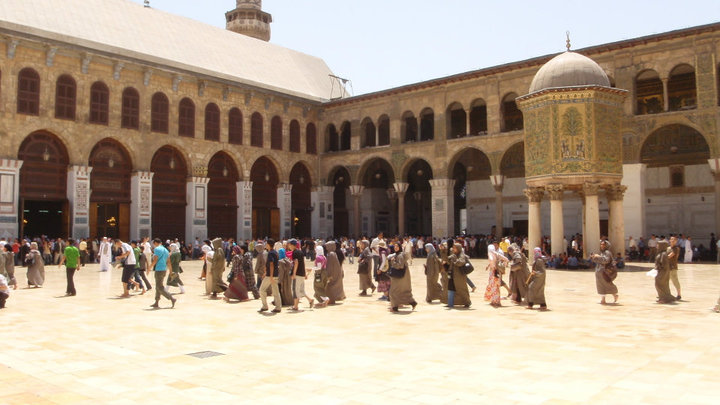 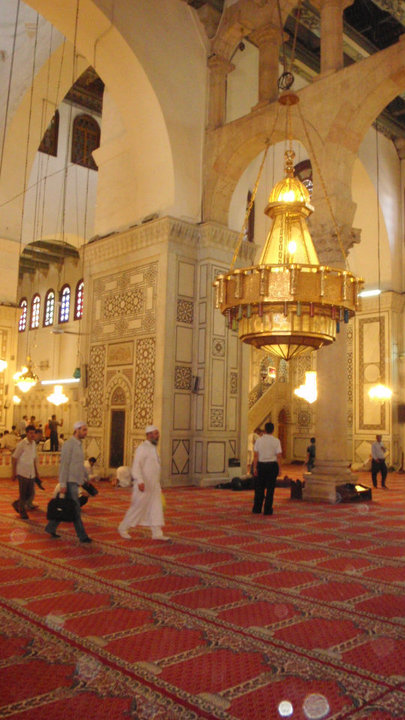 Perhaps one of the most emotional stories can be told about Aleppo. According to some, it was 'one of the most beautiful cities in the world'. Truly elegant. Now, Aleppo has been blasted into ruins, being devastated by years of war. But for locals, the memory endures of a city that could be crowned as one of the true jewels of the Middle East. The old city contained beautiful architecture and entrances with fortified wooden doors. Aleppo drew visitors from all over the globe. And for a lot of reasons. While thinking about Aleppo, I get both angry and sad. You just cannot imagine how beautiful it was ... 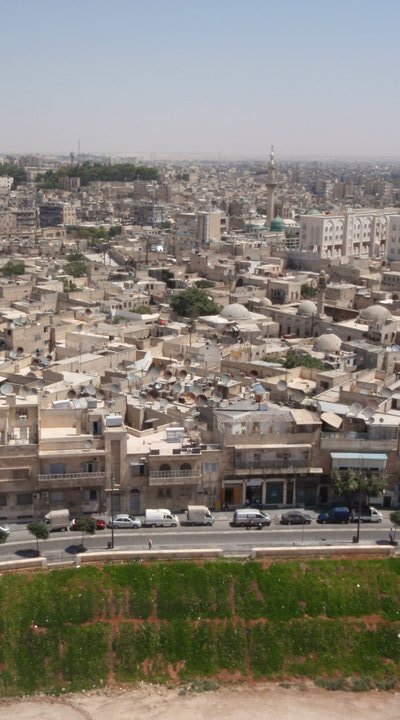 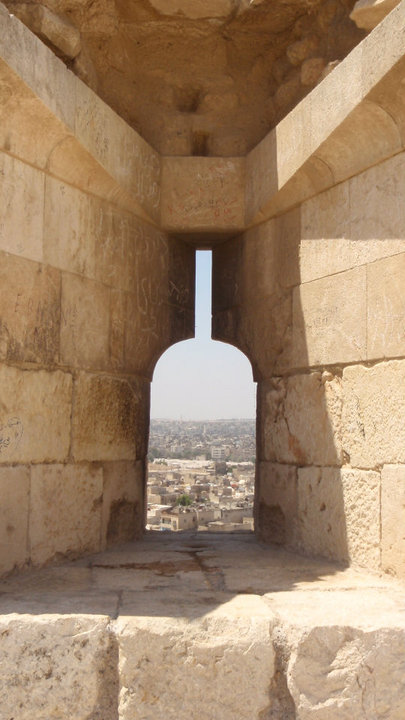 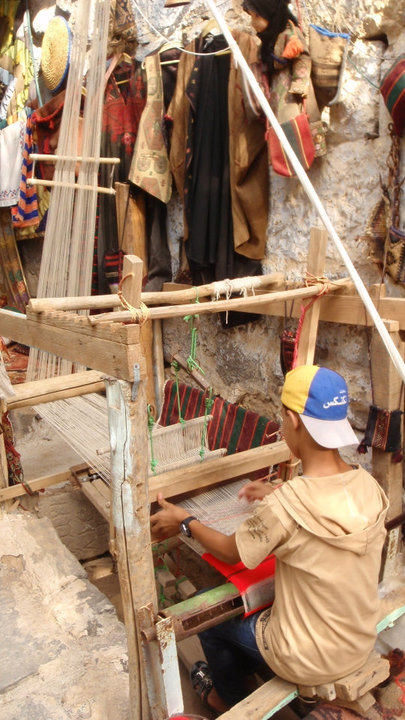 The Citadel Of Aleppo

The citadel of Aleppo is believed to be one of the oldest and largest medieval palaces in the world. It has been occupied by the Byzantines, Greeks, Ayyubids and Mamluks. It became a UNESCO world heritage site in 1986. Unfortunately, the shelling and bombing of the Syrian war severely damaged the structure. 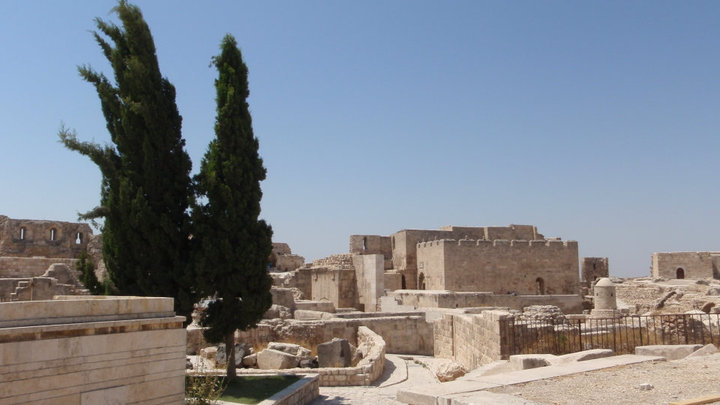 Named one of the most important cultural centers of the ancient world, these ancient ruins are located in the Syrian desert. During the Syrian Civil War, Palmyra came under the control of the Islamic State. In March 2017, the Syrian Army (with help of Russia) retook the city. Unfortunately, again, many artifacts and buildings had been destroyed by the Islamic State. A true wonder has to be rebuild... 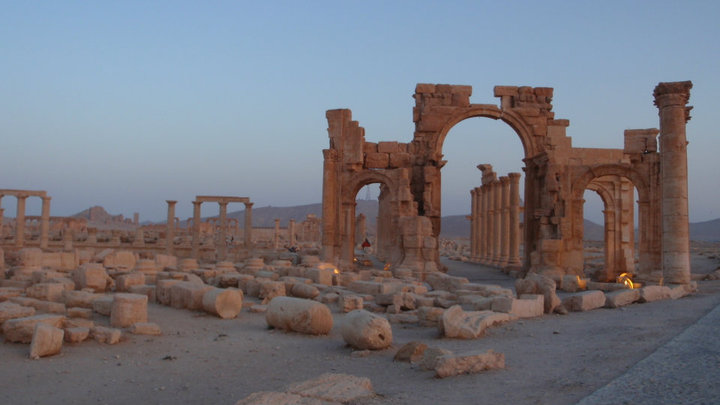 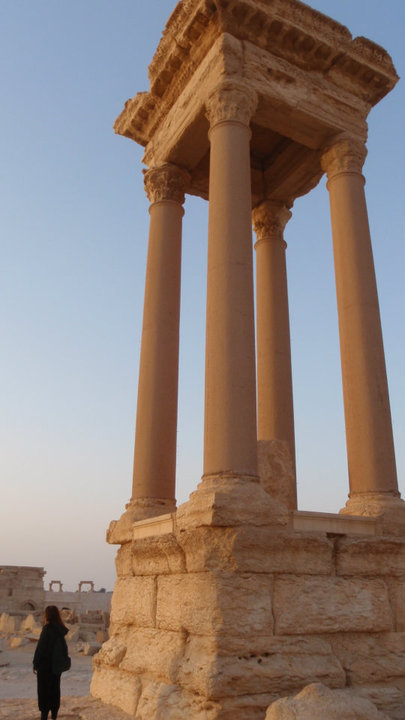 One of the largest Roman structures to still exist, this large theatre (seating for c. 15,000 people) has been constructed with black basalt. It is one of the best preserved structure both in Syria and across the Roman empire. Substantial restoration took place between 1950 and 1970, which have further helped to protect the interior. Absolutely breathtaking structure. I heard it has been damaged by the war as well. Typing all of this makes me really sad. 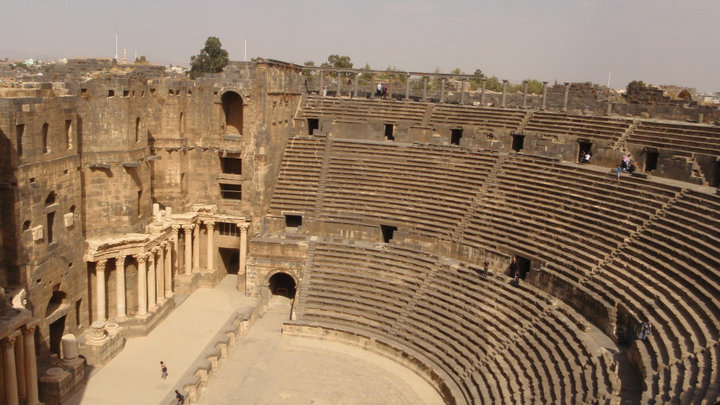 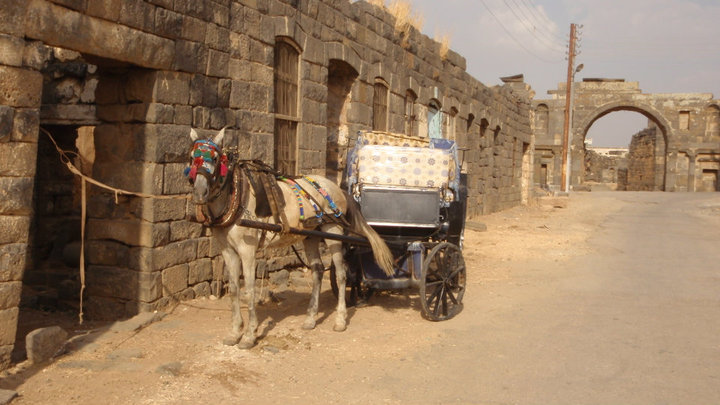 photography life art travel photofeed
2년 전 by martinphoto66
$61.02
335 votes
댓글 남기기 17
Authors get paid when people like you upvote their post.If you enjoyed what you read here, create your account today and start earning FREE STEEM!
STEEMKR.COM IS SPONSORED BY

The Palmyrene ruins are stunning and beautiful.

Syria has a lot of history. It's such a shame.

Wow, it's a shame what happened to their country. I hope it can recover soon

very nice pictures, you really showed a very nice side of syria!

I visited Syria twice and the place is nice. So sad.

you're really lucky to have been able to visit Syria before it got demolished like that. Chills run through my spine when I looked at all the beautiful pictures you took, imagining what those places might look like now. It is terrible what a war can do to a country... and I'm not even talking about what it does to its people. So sad :(

I love Syria! thanks for this informative article :)

Congratulations @martinphoto! You have completed the following achievement on the Steem blockchain and have been rewarded with new badge(s) :

When I look your photos, I want to go there in that time when she look like this. I really like your photo and your post. Your pictures are beautiful and so unique. Well done!

every beauty has its own mirror,when the mirror breaks the beauty does not vanish.and here the syria has its own importance and in coming years it will regain its importance again.

Just beautiful. Thank you for sharing.

Wow thanks for sharing these. It is so sad what is happening there now. I almost traveled though in 2000 but ended up spending more time in Turkey and Jordan which is a lost chance now.

We Steem Tuners are Happy to find this post as our Random Upvote Quest. A few upvotes from the community have done already. Hope, this content will encourage/impress/motivate/learn a lot to the Steemians...
There is more to Steem Tuner. check here for some more tips on being a community member. You can also join our discord here to get to know the rest of the community! We Steemtuner Community Supports good posts. We believe being in a community helps to grow. You can join Us.
Feel free to join the SteemTuner community and participate contests to win the exciting prize. Check out the discord server of SteemTuner for more details.

How can anyone understand the end w/out understanding the beginning. These photos are marvelous!