Met up with someone who had an extra ticket in the lower level, and brought my camera along. Decided to try a few shots with the f1.8 prime lens.

Since I am a Nats fan I focused mostly on pictures of Nats players. The starter for the Nats was Stephen Strasburg. 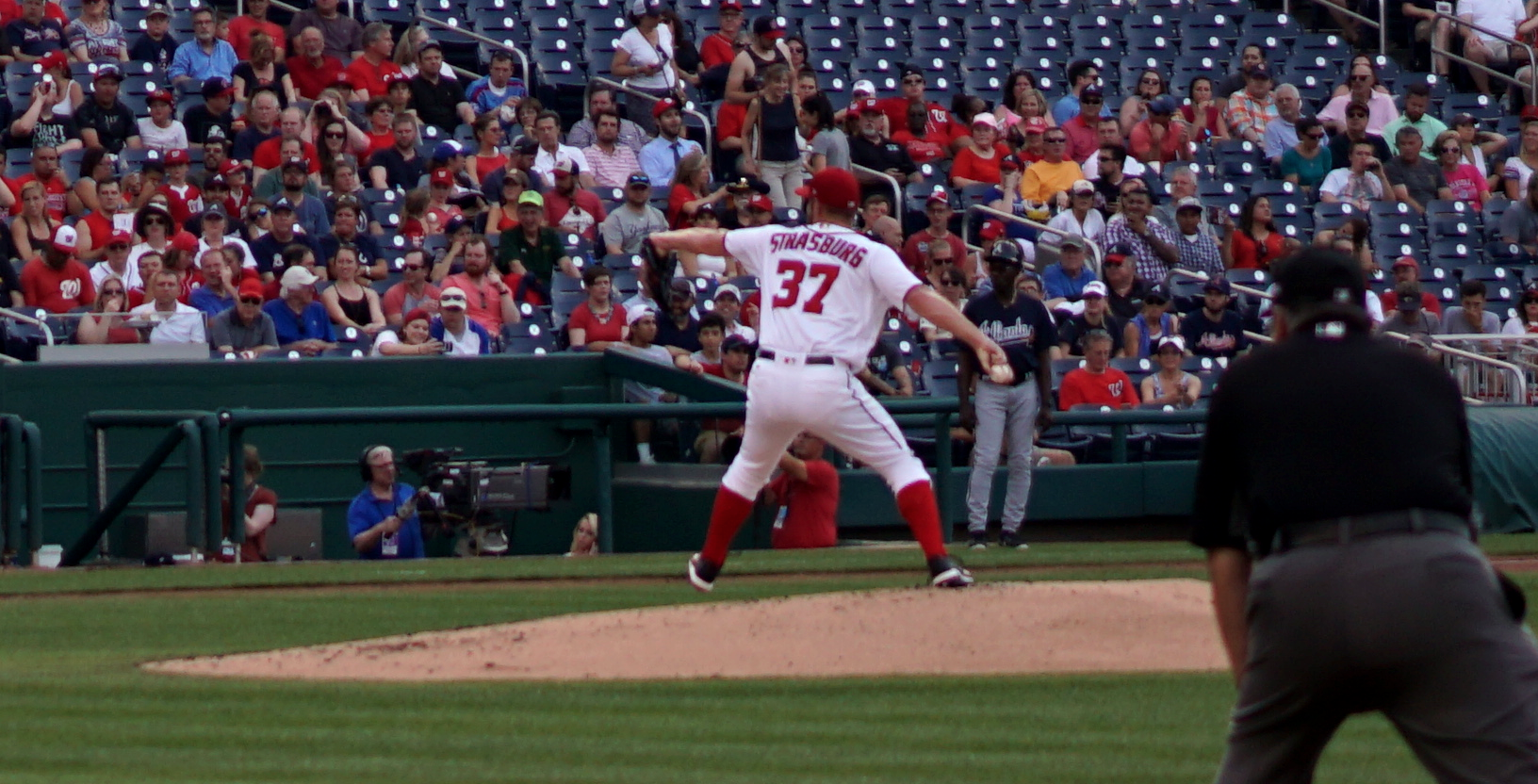 Here is our leadoff man and shortstop following through on a single. Here is Bryce Harper just missing on a pitch.

Rendon hits a sac fly in the second to put the Nats up 4-3. Here is Thomas Jefferson boasting to Teddy Roosevelt after winning the President's Race. 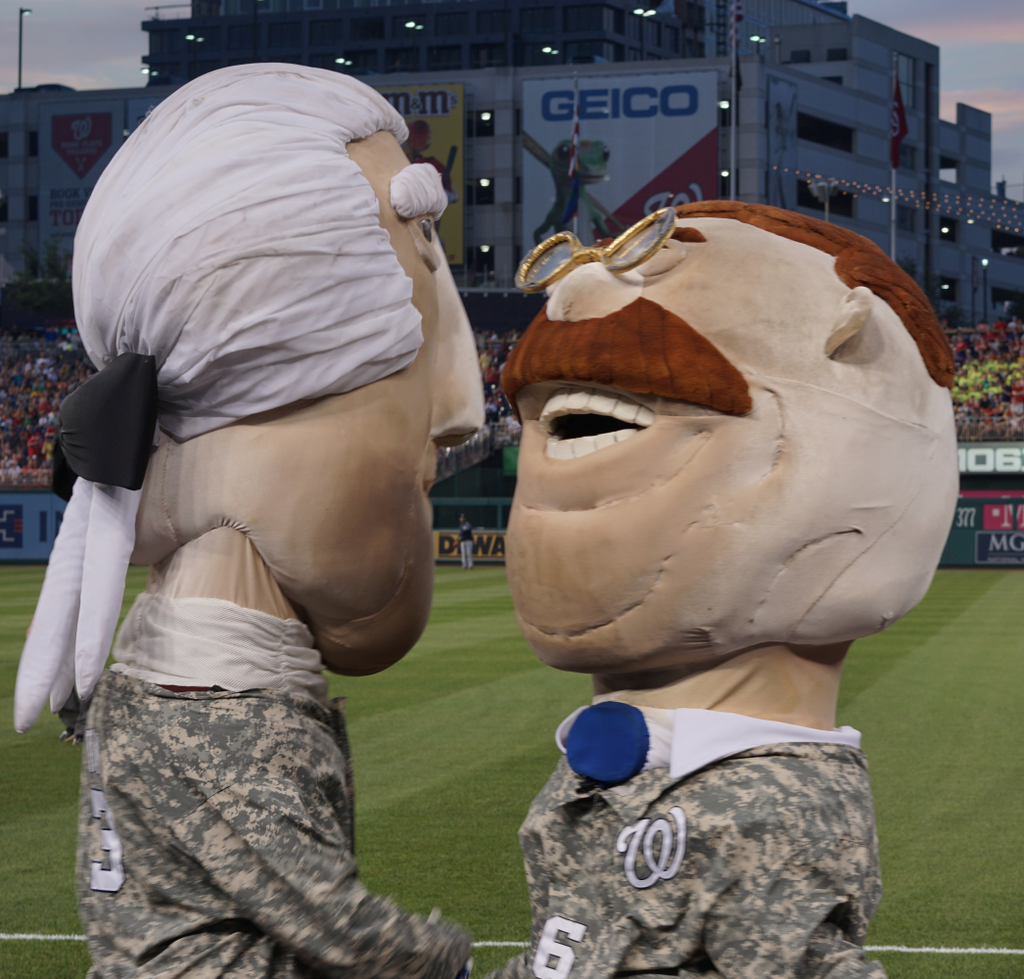 The score was 9-6 Nats in the top of the fifth, and Strasburg was still rolling despite the trouble. At this point I put the camera away for the night and focused on drinking alcohol. Unfortunately this ended up being a tough game. The bullpen blew it for the fourth straight game. Here is a chart showing the win expectancy throughout the game: 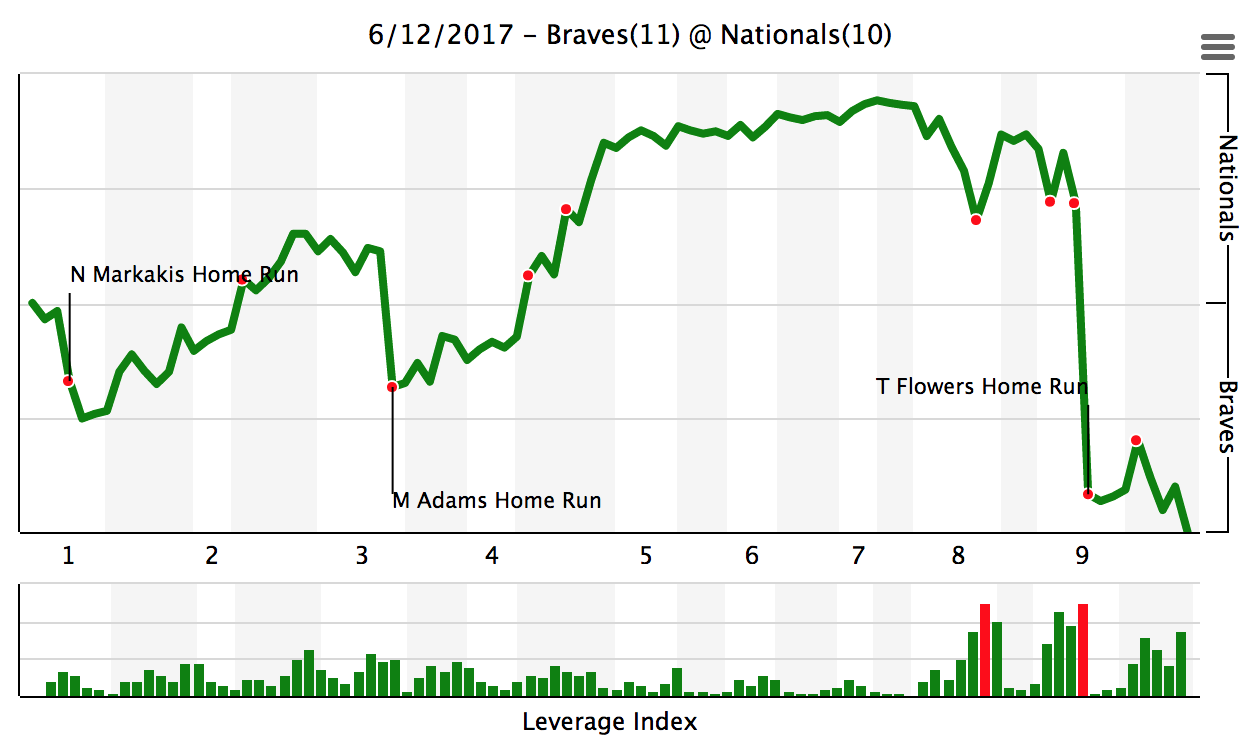 You can see a more complete summary of the game here at Fangraphs.

photography sports baseball life blog
4년 전 by netgains31
$2.52
6 votes
댓글 남기기 1
Authors get paid when people like you upvote their post.If you enjoyed what you read here, create your account today and start earning FREE STEEM!
STEEMKR.COM IS SPONSORED BY