I was up on the north shore of lake superior, scouting locations to capture the Perseid meteor shower. I was on a small rocky peninsula on the lakefront, and noticed the tiny city behind me had this nice orange glow, which looked good with the deep blue night sky, especially with the pine trees blocking out the city itself. While I didn't capture any meteors in this shot, the overall scene before me was awesome enough that I needed a picture of it as well [as the meteors that were shooting behind me]. 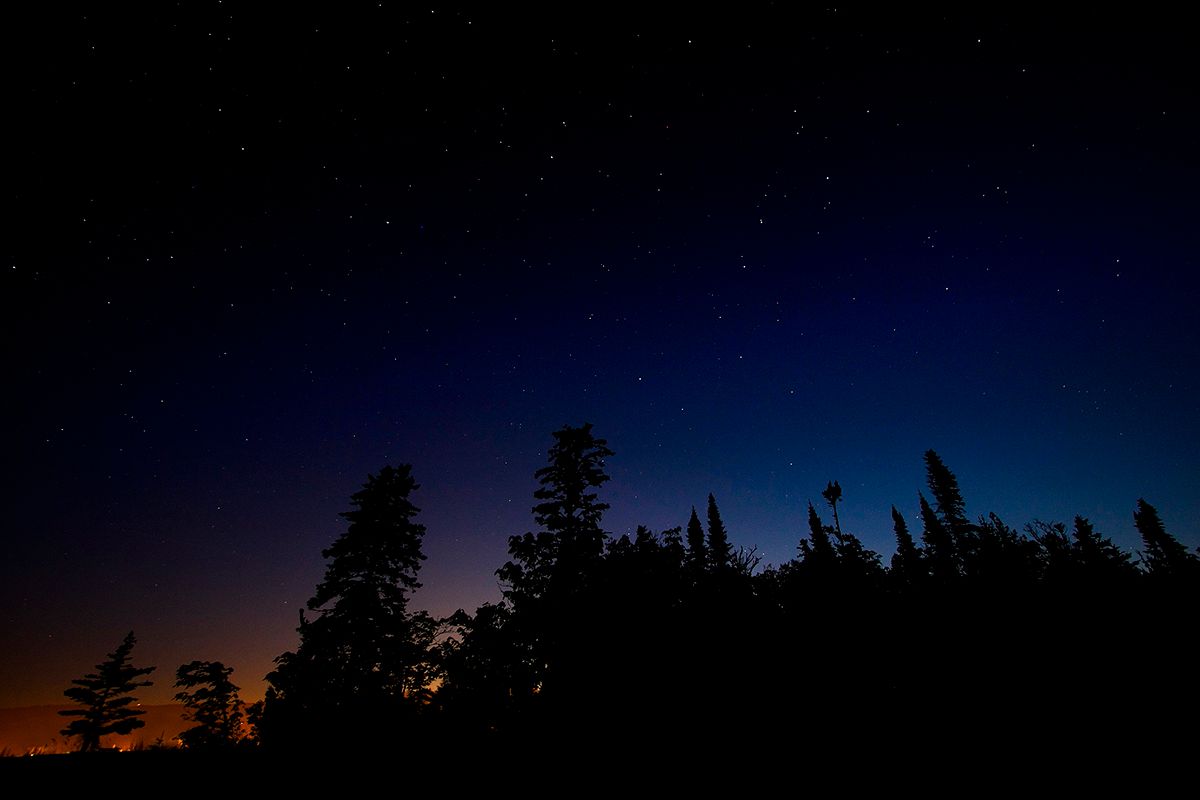 Thanks for stopping by and be sure to check out my other photography on My Blog!

photography longexposurephotography astrophotography photomatic
2년 전 by nords62
$49.80
83 votes
댓글 남기기 9
Authors get paid when people like you upvote their post.If you enjoyed what you read here, create your account today and start earning FREE STEEM!
STEEMKR.COM IS SPONSORED BY

Your pictures are so beautiful
And the content of your writing is very beautiful
I'm happy
So thank you.

That is awesome. I assume you have a tripod? Unless I set my camera down my longexposures end up a bit blurry. Also, how do you keep the stars from streaking? Mine always end up a bit streaked, I just assumed it was the rotation of the Earth lol

Oh for 30 seconds I definitely had to use a tripod ;) When using a super wide angle lens like this, the stars won't streak until you hit maybe 10 minutes or more of exposure since they are teeny specs. Now if you were to use a zoom lens for 30 seconds then yes there would be star trails :)

Gotcha, I just have a phone camera, no wide angles here!

Love it! Out of curiosity what time of year did you shoot this?

Thanks! The perseids come around the beginning of August. It looks like this coming august 11th will be the peak: https://www.space.com/32868-perseid-meteor-shower-guide.html I HIGHLY suggest checking them out, even if in a big city, just drive an hour away towards darker areas and go lie down and watch for an hour or 2, you will see tons!

Thanks for taking the time to send me the link. I've done research on shooting the Milky Way and I'm aware of light pollution and getting an hour or two away from the city. Think is I'm always thinking the worst (being alone in the woods or a desolate place). LOL But perhaps I should make a trip to Acadia National Park as it'll be "safer". Anyway thanks again for responding! Hugs