Well how about that, it's Saturday already!
I hope you guys are enjoying your weekend so far. Mine is quite nice: we've got a visitor staying over and my throat is starting to feel better and better.

I've also been looking for photographers on Steemit today and I've found some very interesting posts and people. It's really nice to talk to all these people about photography and their posts, but also about #photofeedback and what they think of the concept.

It's so great to hear that people like what I'm doing and especially that they are getting value out of it. That's the main purpose of this Steemit account: providing value to my readers while learning something myself along the way.
But I also like to hear things that could be done better in your opinions. I'd really like to make this blog as valuable as possible, while still keeping it joyful to read for everyone.
So if there is something you think could be done better, please don't hesitate to leave me a comment so that I can adjust my posts accordingly.

While checking Steemit for photography posts, I found a user called @businessway. He posted a picture on his feed and I left him a comment. He appreciated my reply and asked me to review one of his pictures. I checked the #photofeedback tag and there it was: the second picture submitted by using #photofeedback!

@businessway just started using Steemit and he posts a mixture of business tricks and photography. You should go check his feed and please don't forget to follow or upvote his content!

The picture he submitted is taken in Bangladesh (his homeland), in the region of Chittagong. I looked it up on Google and the nature is truly beautiful there. It's like a rainforest with some very nice lakes and hills. He shot the following picture on Chandranath Hill (I don't know the camera or settings used): 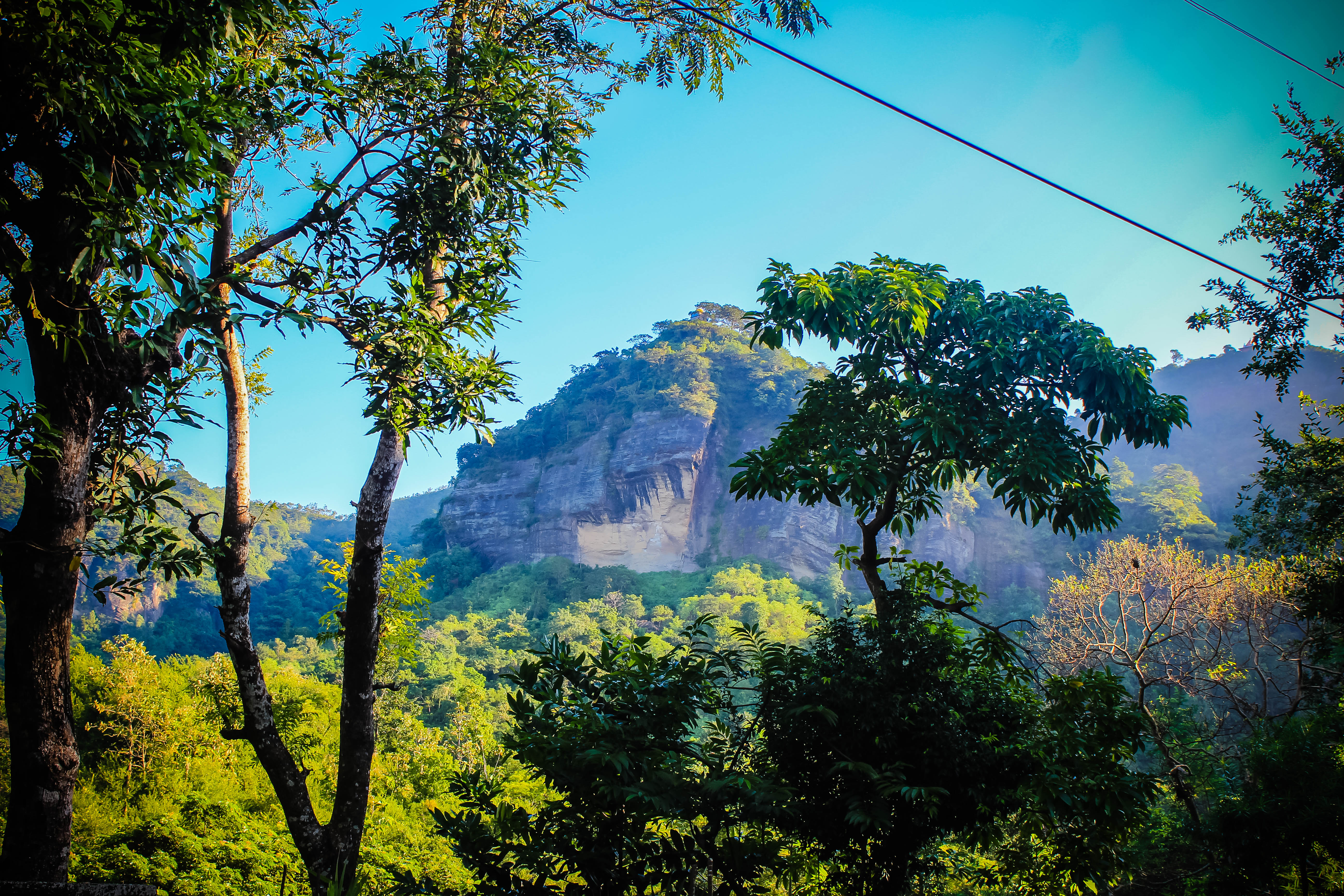 After looking at this picture for a while and importing it into Lightroom, I began to edit it to give it a slight upgrade. Notice that I did some very minor editing: What would I do differently composition-wise?

Conclusion:
@businessway did a very good job shooting this picture! I like the colors, the subject and the foreground which creates a frame for that subject. I'm guided through the picture by this frame, but also by the transition of colors and differences in brightness and darkness.

There are a few things that are distracting or could have been done better: the crop is a bit tight on the left side and the electricity cables are a piece of human creation in the middle of nature. They do end up to be a part of the compositional style of this image, so it isn't horrible!
The white balance was a bit off in my opinion, but this was recoverable in post processing.

The longer I looked at this picture, the more I began to like it. All credits go to @businessway for traveling to this place and shooting this beautiful scene!

I want to thank you for reading my newest #photofeedback and I would love to hear what you think of this picture and the remarks I left.

Special thanks go to @businessway for taking this picture and sharing it with me for review. I hope you learned something more about photography along the way!

photography photofeedback photo blog
3년 전 by photofeedback48
$5.34
17 votes
댓글 남기기 7
Authors get paid when people like you upvote their post.If you enjoyed what you read here, create your account today and start earning FREE STEEM!
STEEMKR.COM IS SPONSORED BY

You're posts are great for learning more about photography and photo editing. I like the great details in your feedback. Really look forward to seeing more of your #photofeedback

Thanks amigo, appreciate the feedback! Catchy name by the way! What are you going to blog about? (crypto)Trading around the world?

I just finished it @businessway! Hope you like it:) img credz: pixabay.com
Nice, you got a 89.0% @mooncryption upgoat, thanks to @photofeedback
It consists of $0.07 vote and $0.02 curation
Want a boost? Minnowbooster's got your back! img credz: pixabay.com
Nice, you got a 95.0% @cryptomancer upgoat, thanks to @photofeedback
It consists of $3.4 vote and $1.13 curation
Want a boost? Minnowbooster's got your back!