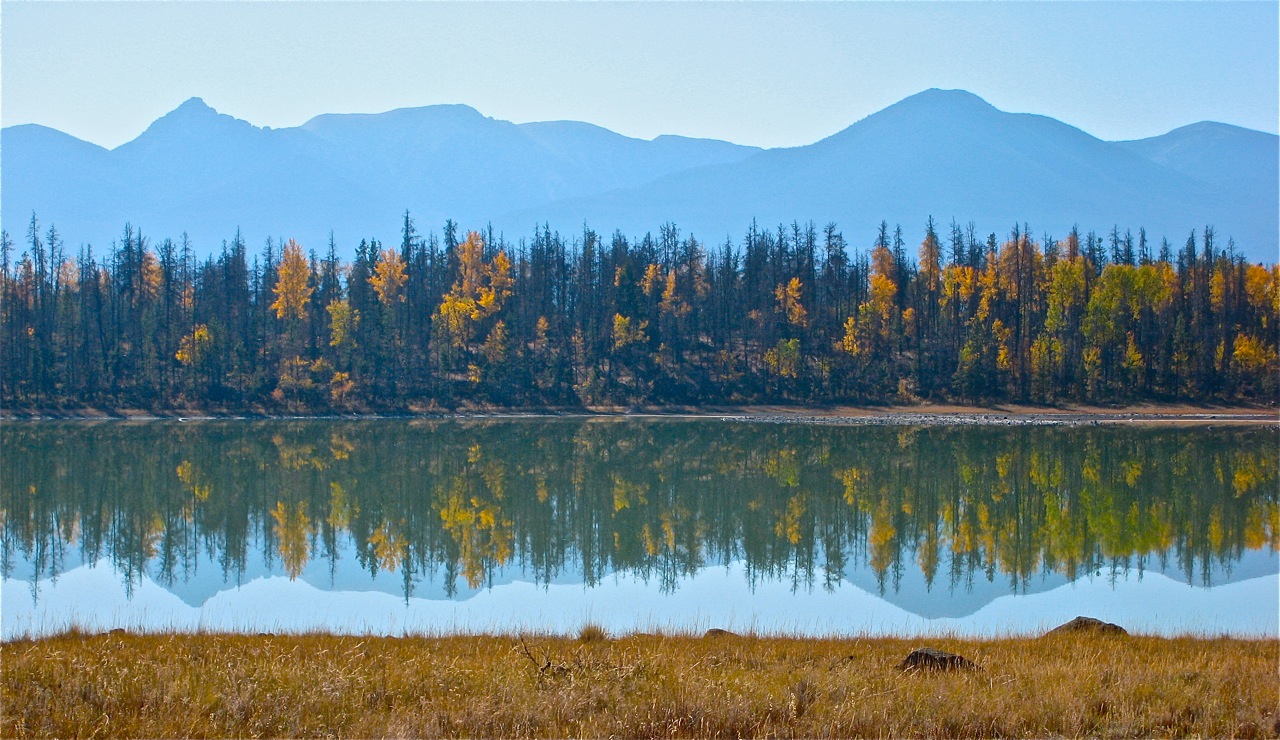 I was hiking around in the interior of BC west of 100 Mile House. To be honest, I can't remember the exact location, since there is some big country up there. Anyway, I came across a lake that was dead still and it reflected the mountains and forest behind it just like a mirror. As you can see, the effect of the water was pretty interesting.

Welcome to BC, Canada!

Thanks for clicking and looking.

photography photo travel nature canada
3년 전 by swingsleuth47
$0.57
1 vote
댓글 남기기 11
Authors get paid when people like you upvote their post.If you enjoyed what you read here, create your account today and start earning FREE STEEM!
STEEMKR.COM IS SPONSORED BY

Thanks buddy! BC is stacked with beautiful vistas a big country everywhere. How close are you to the BC - Idaho border?

Have been up toward the border in a long time. I think it is about 1 1/2 hour drive

Several years ago I was just south of Creston , BC which is right on the Idaho border. I was deer hunting with a buddy. We got permission to hunt on the property of a ranch that was literally "on the border". It was the first time my friend had every bagged a deer. It was in the early evening and right as he got it, the rain started coming down fiercely. We didn't want to gut the deer on the rancher's property so we dragged it out to the road and then ferried it with my truck to the end of the road (there was about a 20 yard field and then the border).

We started processing the deer and I guess that another neighboring ranch thought we were smugglers doing something weird at the border. So, they called the police. Just as it was getting dark we see some headlights coming up the road, and there we are skinning this deer as the cop rolled up. I don't know what he thought about the whole situation, but after checking out my friend's prize he decided to head back into town. Unfortunately, due to the rain the road had turned into a muddy gumbo and he got stuck while trying to turn around. So, my friend and I had to help push him out of the mud. As you can imagine, once he got rolling mud sprayed everywhere, including on the newly skinned deer.

My buddy got a very interesting introduction to deer hunting that night!

Great hunting story. I am lucky i get to hike up in the hills behind my place for deer hunting. It is our primary source of meat most years.

Here in BC the main hunting season begins on September 10th. This year I'm working every day, so I won't be going out. However, I'm glad to hear you have good hunting out your way. I assume that you mostly have whitetail deer, elk and mule deer? I prefer whitetail deer and grouse hunting. I don't trophy hunt. I just go for the outdoor adventure and for the meat.

There may be parts of the state that has an earlier season but the unit i live in season starts October 10th and lasts until December 1st. Everyone in our family gets a liscence and whitetail tag. Where i hunt i have not seen another hunter in the 14 years.... I do not go for elk because in the area where they hang out too many hunters show up.

I always find the time to get out during the season. This year i will have plenty of time and looking forward to it...

No hunter in 14 years? Wow. That sounds like a great spot! What kind of rifle and caliber are you using, or do you like to mix it up between several favorites?