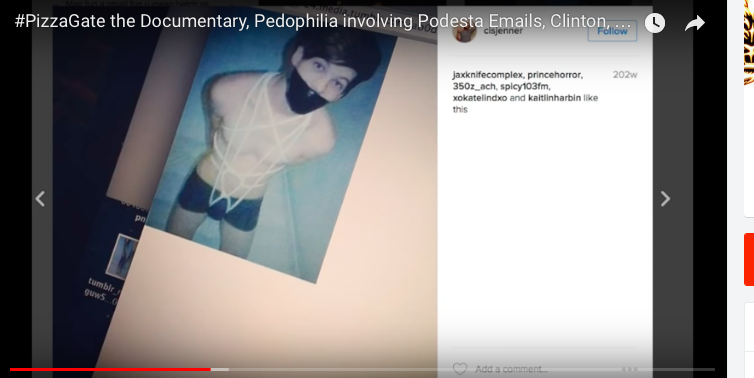 Going on the offensive in a recent article for the Washington Post, some call it hiding in plain view, what is most interesting about James Alefantis' adoption of the victimhood persona in the Pizzagate scandal are the distinctly un-family-friendly images and postings he didn't mention.

Alefantis, the owner of the DC pizza shop Comet Pizza, writes in "What happened when ‘Pizzagate’ came to my restaurant":

"Sadly, many people who don’t know me or my neighborhood cling to an absurd lie: that I and political figures including Democratic presidential nominee Hillary Clinton and her campaign chairman, John Podesta, run a child-slavery ring out of Comet’s basement."

Thus the first indication that Alefantis is engaged in propaganda is that he misrepresents the central allegation made in the wake of the release of the Podesta emails by Wikileaks. Few people believe anyone would be dumb enough to actually run a child-slavery ring out of a pizza shop. Alefantis, AKA JimmyComet in his Instagram account, erects the straw man of an absurd notion he can easily knock down.

More interesting is what he does not knock down, nor touch with a ten-foot pole. That is the flagrantly sexualized images of children found passed among Alefatis, Clinton campaign manager John Podesta, Podesta's brother Tony, and a circle of friends.

Alefantis never disputes the authenticity of the Instagram messages, nor his predilection for their contents. Nor has he disavowed the pedophile "humor" rampant in the performances on his premises of the band Heavy Breathing, part of his pizza shop "community."

This is the same James Alefantis who was dubbed by Esquire one of the 50 Most Powerful Men in DC. Not exactly a humble pizza shop owner. Alefantis' long-time partner, David Brock, is a key Clinton ally and founder of Correct the Record, which the New York Times described as Hillary Clinton's "own personal media watchdog," which counterattacks against any negative news about Clinton.

In essence, what the Podesta emails revealed was a network of friends, with Alefantis, Podesta, and Podesta's brother Tony at the center, who enjoyed, bought and traded in, and circulated images of children which would enrage any parent in a normal family, as well as comments which would should make us suspicious as to whether any of those "fetishes" were actually being acted upon.

One of the Wikileaks emails to John Podesta from former Clinton administration press secretary Jake Siewert expresses concern for convicted serial child molester and former Speaker of the House Dennis Hastert, a close friend of the Podestas, upon Hastert's indictment. The email to Podesta reads "Might be time for Denny to vanish to an undisclosed Japanese island." 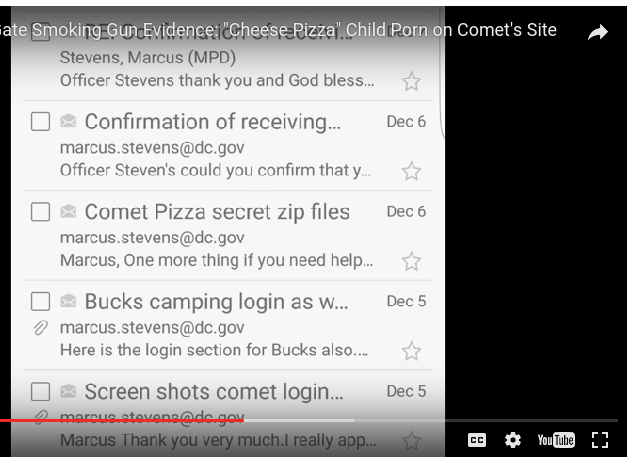 Also on Titus Frost's radar is finding out the origin of a highly disturbing video which depicts the possible severe abuse of a child, by a man whose voice in the video sounds uncannily like Podesta's. Of course it would require a sophisticated analysis performed in an FBI crime lab to determine if the voice print is a match. Voice "fingerprinting" is a well-established tool for identification in crime forensics.

It might be interesting to note that Titus Frost and some of his research associates have reported stalking, death threats, and now sleep with pistols next to their beds. Pizzagate is serious business.

Alefantis is right: people should continue to enjoy Comet Pizza, and assume it is simply a "community" innocent of all wrongdoing. Hey, what are a few jokes about being a pedophile? Alefantis is also within his rights to make his Instagram icon a bust of Antinous, the 13 year-old boy lover of the Roman emperor Hadrian, when Hadrian was 48, now kept in the Museo Del Prado in Madrid. The late Classical scholar Royston Lambert called the sculpture one of the "most elevated and ideal monuments to pederastic love of the whole ancient world." The fact remains that bad taste and even offensive taste is not against the law. Tony Podesta is free to have a headless sculpture (below) of one of Jeff Dahmer's child rape/murder victims over his luxuriant staircase, as one of the most powerful lobbyists in town with a mainline to Hillary Clinton herself. 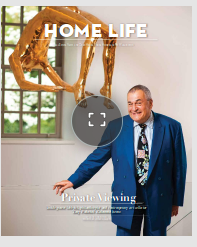 Yes, people should patronize and enjoy Comet Pizza. We are assumed innocent unless found guilty in this country. And because we have a country, and pay taxes for certain services, such as upholding the law, law enforcement should announce the results of an investigation into Comet Pizza's server space. One would think the parties would actually welcome investigation, if only to clear up allegations of possessing child porn. Law enforcement must clear up for the record the meaning of the code talk found in the Podesta emails, such as reference to a " handkerchief I think it has a map that seems pizza-related."

These may not be "victimless crimes." After research into the National Center for Missing and Exploited Children database, a non-profit based in Washington DC, the discovery was made that certain counties in Virginia, which is adjacent to the District of Columbia, are the per-capita capitals of children going missing, by several orders of magnitude. One county, Fairfax, VA, has almost as many children reported missing in 2015-2016 as all of Los Angeles, despite having but a tiny fraction of the population.

One wonders why Julian Assange is now again in the Deep State's sights, with the U.S. threatening to file charges against the information activist, as Assange refers to himself. If the DC police suddenly lose a terabyte file of data from Comet Pizza and proclaim nothing is amiss, does Assange have a surprise up his sleeve? pizzagate
5년 전 by munkle47
$0.07
14 votes
댓글 남기기 1
Authors get paid when people like you upvote their post.If you enjoyed what you read here, create your account today and start earning FREE STEEM!
STEEMKR.COM IS SPONSORED BY