[Poem - With Recitation] - My Truth Is Ice 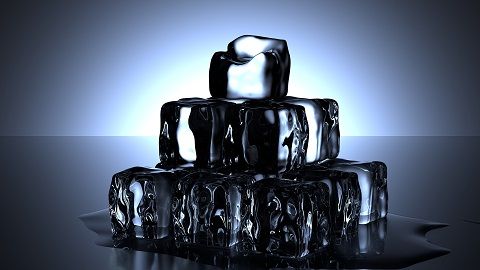 Here is a piece that I feel continues to explore the selfish nature of a character. The voice in the poem is that of an unashamedly selfish character, unabashedly sharing his thoughts without the need for justification. However, I hope my my intent to show the hollow nature of this character's supposed strength comes through in the writing. I attempted something similar in the poem Big Enough For One. In a sense this poem might be considered a sequel to that other one--the character voice and attitude do seem very similar. He does seem to be stuck in the same selfish mind frame. I actually kind of like him that way, so I'm in no real hurry to evolve him out of that.

My Truth Is Ice

Well, here you are again, so here's the deal,
And just so you don't think that I'm your friend,
I'll tell you what I think and how I feel,
And I won't care that it hurts you in the end!

I know I'm not your favorite cup of tea,
The kind that warms you when you're feeling cold,
So if warmth is what you want, then leave me be,
Because my truth is ice, or so I'm told!

So if you think that I should show some fake concern,
And say things like "I trust that you are fine!"
Well, to me that's just baloney, which I spurn,
Because I only care for me, myself and mine!

And why on earth would you want me as a friend,
Someone who never claimed to need the same,
For I damn sure don't need you, let's not pretend,
For needing makes you soft, and that is lame!

So maybe you should just turn around and go,
And take that sad face with you through the door,
Because maybe you just realized, now you know,
My ice-cold truth ain't what you bargained for.

The "ice cubes" image above is used courtesy of a Creative Commons license, and is originally from here:

Thanks for reading and perhaps listening.

poetry poem friend friendship truth
4년 전 by bhmcintosh52
$0.24
7 votes
댓글 남기기 6
Authors get paid when people like you upvote their post.If you enjoyed what you read here, create your account today and start earning FREE STEEM!
STEEMKR.COM IS SPONSORED BY

Truth can be both - ice or fire. So I am guessing the poem is referring to how the truth was delivered to this other person. Harshly, it can be cold. The same truth, given with care and understanding, can be a warm embrace. The character fears intimacy above all - the exposure of its real needs and wants. So, friendship is found only in the safety of the frozen tundra of detachment. Good work. @fcpway

I appreciate your thoughtful comment(ary), @fcpway. Thank you very much!

A harsh character indeed. But I sense fear in him too. Great write, BH:)

Thank you, P. I agree, he really is afraid.