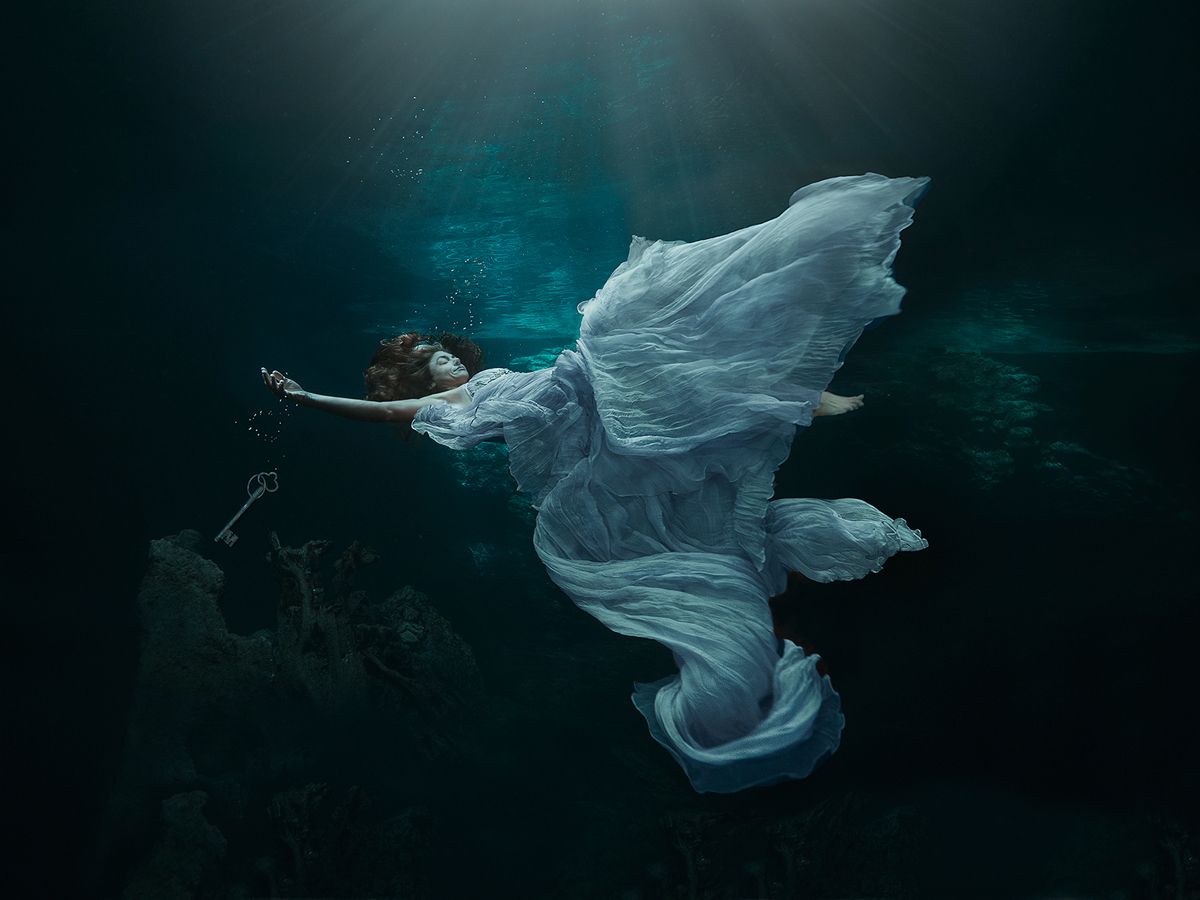 Whomever it was that decided
Mental illness is a beautiful thing
Should see what depression actually looks like.

It is hair that has not seen a brush in days, washed in a week. What the hell does my shampoo even smell like? I don't fucking remember. I think it's white though.
Maybe? Or yellow.

It is the same pair of jeans for God only knows how long. Sleep in them, they're pajamas too.
Change your shirt, though, you don't want them to know you're a mess.

Cake on the deodorant and perfume because, fuck dude, you should probably shower.
But showering is for people who don't already feel like they're under water.

Showering isn't necessary when you live at the bottom of the ocean
and your lungs don't work anymore because they're lungs
and you can't break the surface to take a breath because you don't have a swim bladder because you aren't a fish,
you're just stuck out in the vast emptiness, drowning in the dark.

Because the bottom of the ocean is fucking dark.

But then you force yourself into the shower
and the water hurts your skin
because you're already water logged.
The soap burns everything.
You shave, because fuck dude, you're a girl and those legs are gross.
It hurts, too, because you're peeling your skin off in little one inch wide sections.
Not really, but you wish you were sometimes and THAT'S why it hurts.

So now you feel like a dilapidated building
someone slapped a new coat of paint on.
Right over the last peeling layer.
They didn't even bother to scrape off the peels, just slathered it up there and went on about their day.

Now you'll go on about your day,
because luckily for your children,
and your pets,
and your house,
you're high-functioning.

There you are, a high-functioning, dilapidated building, at the bottom of the ocean, with a fresh coat of paint...

Drowning. Because yes, buildings drown too. But at least you're girly, pretty, smelly good, smooth legged, clean clothes clad, and able to put on your smile... Because God fucking knows someone will tell you to smile today.

And that's someone's idea of beautiful. Fuck them.

poetry poem creative writing blog
4년 전 by lowesyposey43
$0.37
4 votes
댓글 남기기 2
Authors get paid when people like you upvote their post.If you enjoyed what you read here, create your account today and start earning FREE STEEM!
STEEMKR.COM IS SPONSORED BY

This is good, raw, real life emotion. It's such effort to move and function if you hit the wall.

Thank you so much !