what does this guy have?

We are very deep (250 big blinds) in the early stage of a tournament. 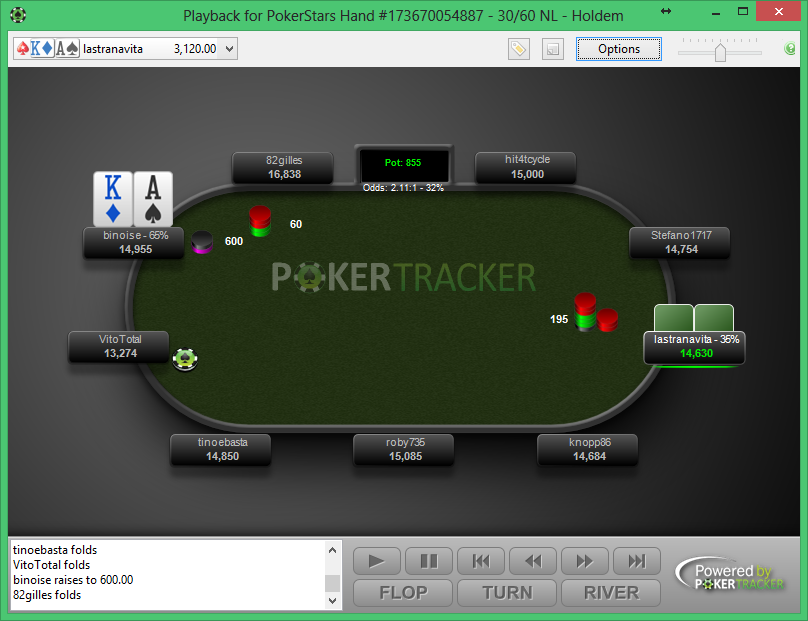 He opens about 3x, and we 3bet him about 10x. He just flats (assigned range: half the deck). He flats our flop and turn cbets. The river is a third heart and I check, to call a small/goofy bet or to fold to a big bet, but mainly I think he will check behind with a big pair or a weak ace.

He bets big and I fold, I'm not necessarily putting him on a straight [edit: I mean flush] but I think he beats me. There's no reason to float/bluff this much in early stage of tournament.

I would like to know what do you think about: 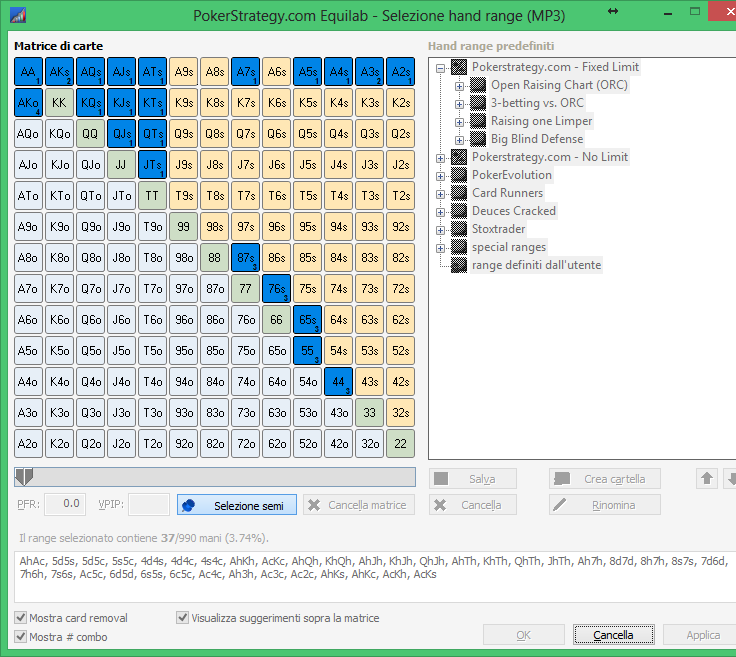 This is the range I assign to him on the river. I do not agree with my friend who says I could have turned a weak Ace in a bluff. I think he's always checking behind those hands. The only bluffs I can imagine here are 87s, 76s, 65s. A flush draw would make sense not to raise the flop, he has position and it's probably scared to play for all his chips in early stage. I would expect 2pairs and set to be raised on flop or turn, but I don't know the opponent so everything is possible.

It's been a long night so forgive english mistakes please!

poker tournament
4년 전 by bnoise54
$0.61
6 votes
댓글 남기기 5
Authors get paid when people like you upvote their post.If you enjoyed what you read here, create your account today and start earning FREE STEEM!
STEEMKR.COM IS SPONSORED BY

Your overall line is fine.

As far as his estimated range on the river, it's hard to imagine he wouldn't raise any of his sets on the flop or turn.

You gave him few 2-pair combos so you probably removed them as raising hands.

He might have called you down with a flush draw but he might also be a strong player trying to leverage his having position.

To prevent him from floating you and betting the river with any two you need to defend 51% of your range according to my minimum defense calculator.

The question is whether 51% or more combos in your range are better than AKo in your bet/bet/check line. I would think not.

It might be the case if you had bet/bet/bet.

In my first reply, I should have started with the basics.

Since you did give the villain a range on the river, it makes the decision much easier.

You can see in your Equilab that you have only 25.68% equity against the range you assigned to him.

It's not even close. That makes it a very easy non-gto fold.

But the title of your post is "What does he have?". My answer in I don't know, but it's conceivable that many players will stick around with AQ and AJ and a bunch of other hands.

I think folding is good here

Thank you guys for your thoughts, very appreciated!