I Endorsed Austin Petersen, Republican for U.S. Senate in Missouri

This afternoon Austin Petersen opened up his Facebook page for endorsements of his campaign for the U.S. Senate in Missouri.

I honestly cannot remember how long I've been following Austin Petersen's work (unknowingly). You see I joined the Liberty Movement around 2011-2012 when Ron Paul was running for President. I became a reader of The Libertarian-Republic and watched Judge Andrew Napolitano's show "Freedom Watch." Petersen was the Associate Producer of "Freedom Watch" and he is also the Founder of The Libertarian Republic. However, I never really heard of Austin Petersen until he ran for President of the Libertarian Party in 2016.

Funny story I also shared memes from his Facebook page before I heard about him too.

I wouldn't say that hearing about Austin Petersen and his message was life altering but he was the voice of reason during the Presidential Race of 2016. Austin Petersen gave me hope for the future of our country and also for the young in our country. Austin Petersen, if he had won, would have been the youngest President in American history. Similar to Ben Shapiro, AP also inspires young Conservatives and Libertarians across the United State to stick to their principles and fight for freedom.

One thing unique about this Republican U.S. Senate candidate is when tweeted something you don't hear from you average Republican on the Second Amendment:
"Time to stop playing defense on the 2ndAmendment and start going on the offense. It's time we start talking about legalizing machine guns and repealing the National Firearms Act entirely," Petersen tweeted. 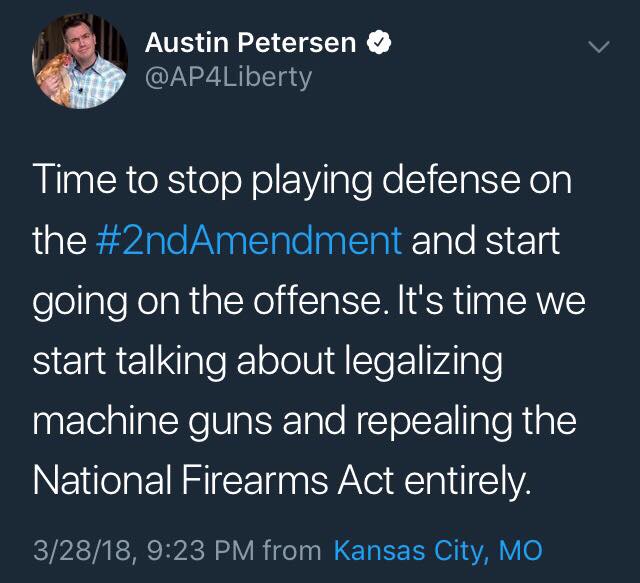 The next day, he followed that tweet up, "Repealing the National Firearms Act is a good first step, but also we should repeal the Hughes Amendment, so citizens can purchase more modern machine guns manufactured after 1986." I have no doubt in my mind Austin Petersen will be the next Rand Paul, Justin Amash, Thomas Massie, or Ron Paul representing the great state of Missouri. I take great pleasure in officially endorsing Austin Petersen, Republican for U.S. Senate in Missouri. I highly suggest you give this guy a look and a donation! You also can endorse him too! 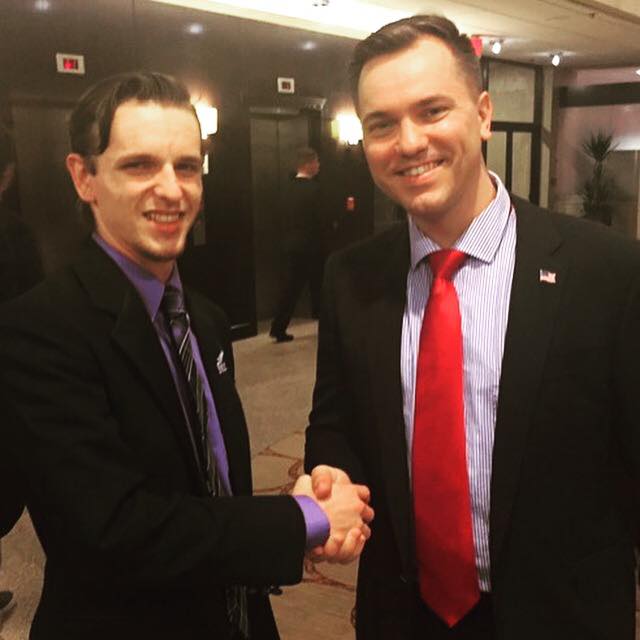 (Picture of Austin and I during YALCON 2017)

politics news freedom guns liberty
4년 전 by michael4freedom46
$0.00
1 vote
댓글 남기기 1
Authors get paid when people like you upvote their post.If you enjoyed what you read here, create your account today and start earning FREE STEEM!
STEEMKR.COM IS SPONSORED BY

#TeamLiberty thanks you for your support!