The Great Awakening? Don’t Count On It.

Nearly two years after the election that sent Donald Trump to the White House, people are still looking for any excuse other than the one staring them in the face: That Hillary Clinton was a bad candidate. We’ve seen the narrative shift from “Russia hacked the Election” to “Trump is Putin’s Puppet” to “White husbands forced their wives to vote for Trump” to “Cambridge Analytica obtained user data from Facebook to target and swing the election.” 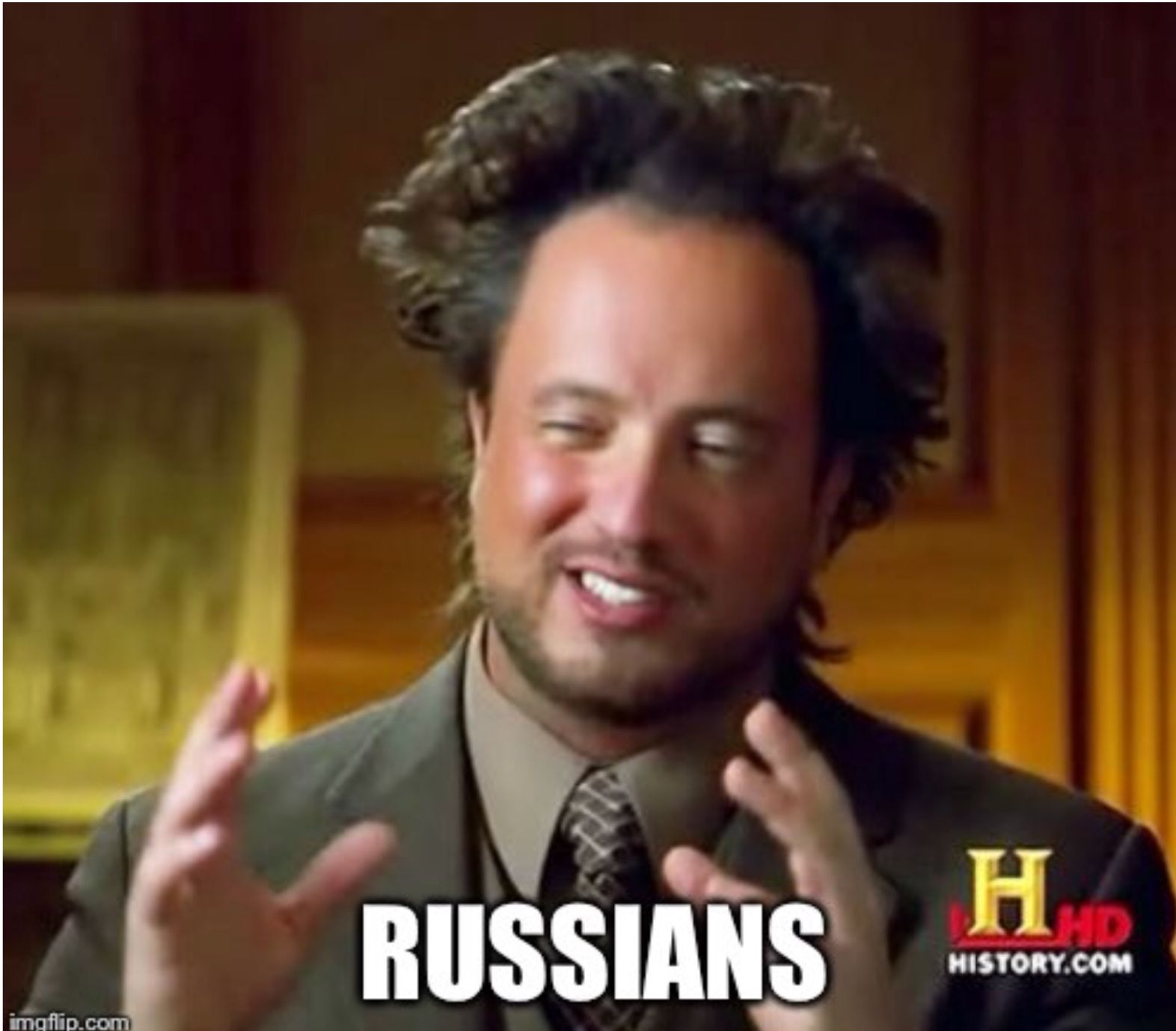 As for the hopes of those who want to see Trump removed from office (or even prevented from occupying it to begin with), they’ve pinned those on (this is not an exhaustive list): the efforts to swing the Electoral College vote; the opening of the investigation into the election; the firing of Comey; the appointment of Mueller; the indictments of campaign members for things unrelated to the Election; and “Trump paid off women he fucked, so maybe that’s the way we can take him down...we just have to figure out how.”

Many times, in the political arguments I used to regularly get into on Facebook, people suggested - not so subtly - that I must have been influenced by some nefarious force, either “Russian bots” (which I’ve been accused of being more than once, simply for speaking my mind) or Trump himself, using data about me pilfered by - and then from - Facebook.

I’ve always maintained that that couldn’t have been so; I made my decision to vote on my own, as I always have come election time. If I saw merit in a candidate’s position - or a promise he/she made - then that inclined me to vote for them. If I didn’t see enough to make me want to vote for them (or if I already knew enough about them to put me off of voting for them), then that influenced my decision-making, not which memes I liked or shared on social media.

Having said that, I was curious about whether my data was part of that pull of “87 million” that Facebook and the media keep talking about. So, this afternoon, I checked - via an appropriate and verified link - whether my data was amongst the stolen. What does this mean? Not a whole lot, beyond the fact that (apparently) everyone I know on Facebook wasn’t affected by this particular scandal (aside from all of the data, public and private, that Facebook collected from me - another scandal all by itself).

I’ve written before about how I’ve scaled back my Facebook use, and the reasons why. Just because my data wasn’t shared in a bad way - or at least, not to that particular company (Cambridge Analytica) - doesn’t mean I’m inclined to jump back on Facebook as much as I used to. Facebook still collects data about us; it’s how they make money. They’re still going to collect our data and make money off of it even as Zuck claims they’re trying to protect us.

No, what I’m wondering is how long this will all be tolerated; how long people are going to continue buying all this bullshit about the Election, Russia, and so on. China is acquiring politicians with money in Australia, unleashing fake LinkedIn profiles in Germany, has state-sponsored Confucius Institutes dotting the American landscape from coast to coast (influencing academics and students) and significant advertising real estate in Times Square.

FOCUSED ON THE BEAR IN FRONT OF US, AS A DRAGON APPROACHES FROM BEHIND

How can this still be all about Russia? Russia has far less ability to influence American voters and politicians than China does. China may be North Korea’s best friend, but Beijing doesn’t actively seek to increase Kim Jong-un’s evilness the way Russia backs up Assad’s dastardly deeds. Russia’s and Putin’s image problems in the West are their own fault. Russia is a troll playing a short game; China is a dragon playing the long game.

And all of this is besides the fact that if any one entity (or any two entities) had undue influence on the Election of 2016, it was Facebook (and/or Twitter). If social media had an impact, it wasn’t because Russians paid $150,000 or so and the Clinton campaign spent millions on trying to influence social media users. It’s because we allow social media a place in our homes, and in our minds. We are slaves to their agenda,

We willingly give these Big Data Behemoths our information: We enthusiastically tap on “Connect with Facebook” to sign up with movie ticket apps; we voluntarily sign into Medium with Twitter; we wandered the streets playing Pokémon Go knowing they were able to track us. No one forced us to do all that; it’s simply easier to Connect with Facebook or Twitter than sign up with email. We gave into our FOMO in 2016 because we, too, wanted to find Pikachu. I WAS A MORON

If I can realize how stupid I was - relying on Facebook for this, that, and pretty much everything that wasn’t Twitter- or Google-related - then why can’t other people realize how stupid they’ve been? First they made fun of Trump for believing that the system was rigged; now they believe the Election was rigged by Putin for Trump. They lampooned Republicans for believing conspiracy theories; now they are purveyors of a great conspiracy theory.

Is there any hope? Is this - the Cambridge Analytica scandal, the deletion of accounts and pages by celebrities, the testimony of Mark Zuckerberg - the beginning of a Great Awakening, when we realize we’re better off without the virtual monopoly Facebook has over our online lives? (There are, after all, people who fail to distinguish “the Internet” from “Facebook”...)

I doubt it. For almost a year and a half, people haven’t come to terms with the fact that Donald Trump is President partly because Hillary Clinton didn’t bother to visit Wisconsin for seven months after losing to Bernie Sanders in the primary there. They’re still in denial, still blaming Russians for something that Americans were responsible for. And that’s the thing: Responsibility. It is no longer a virtue to be cherished; it is a taboo to be shunned.

Whatever show Mark Zuckerberg puts on in D.C., whatever platitudes paid to the ideas of privacy, justice, and democratic integrity, not much will change. Facebook is still targeting conservative groups that used data Facebook mined and lost control of; I’ve yet to hear of any progressive firms suffering the same fate, even though Facebook willingly cooperated with those who wanted to see Obama re-elected in ‘12 and Hillary be his successor in ‘16. 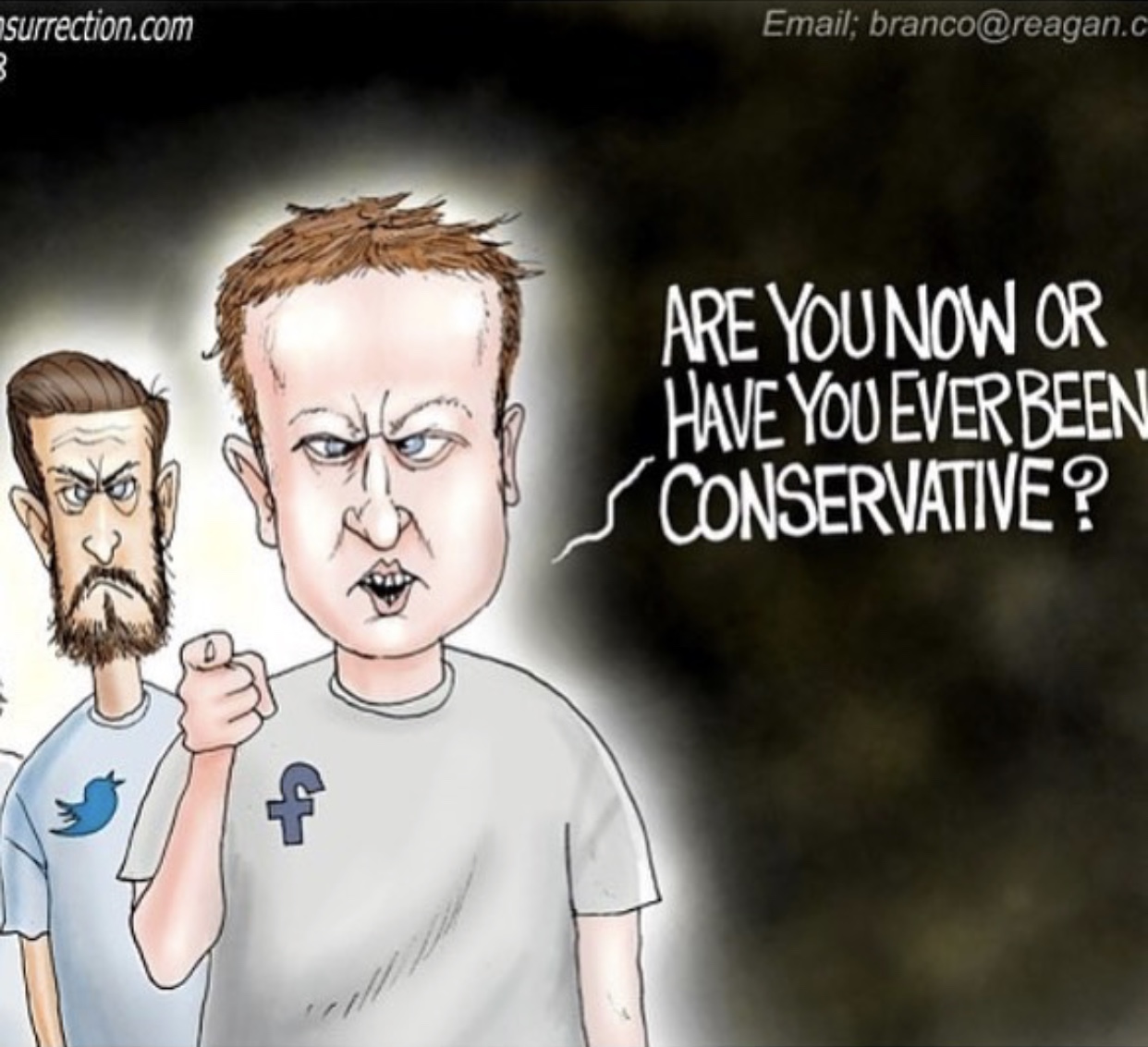 The best thing about our democratic representative republic is that there is competition. No idea has merit simply because it is thought up; it must gain the support of the People, and other ideas can be proposed. No party, however powerful it appears, can long count on a majority it gains. That has not been the case with Facebook, which - despite Zuck’s claims at his Tuesday appearance on Capitol Hill - does appear to have something of a monopoly. We need alternatives, like Steemit. Even Vero, whatever the appeal of that is. (Does it offer the ability to get paid for posts? No? Then...meh.) Somehow, Facebook needs to be challenged - and in a big way. Not just by Congress, not just by the Media, not just by Celebrities and Billionaires hoping to gain Media coverage by deleting their pages (though I admire what Elon Musk did). Facebook - and Mark Zuckerberg - need to be seriously, irrevocably humbled.

Not so long ago, it was thought Mark Zuckerberg could run for President in 2020. That seems less likely now, but if there’s even a glimmer of a chance for him to have a go at it - and win - the country would be much better off beforehand if Zuck were shown that his is not the only path on offer. A leader who cannot point to any alternative to the power he wields over the daily life and discourse of billions of people worldwide is, potentially, a very dangerous one.

politics steemit people post usa
3년 전 by theslavinator35
$0.00
3 votes
댓글 남기기 0
Authors get paid when people like you upvote their post.If you enjoyed what you read here, create your account today and start earning FREE STEEM!
STEEMKR.COM IS SPONSORED BY