Aesop's Fable of the Ants and the Grasshopper: What Motivates Your Decisions?

If you're unfamiliar with the short story of the Ants and the Grasshopper, it tells of a starving grasshopper would wants food from the ants who worked to fine and store food while the grasshopper played music all summer long. In the end the ants refuse to give any food, mocking the grasshopper about how he can go dance if making music is all he cared to do. The point of the story is "There's a time for work and a time for play." Additionally, I view it as, if you want to be irresponsible about your own survival, then pay the price for your foolishness. It shouldn't be up to other people to provide for your survival when you aren't even concerned to do it for yourself. Don't be a freeloader :)

Have you ever thought about what you choose to do, and when you do it?
Are we being responsible with our time?

Many of us can relate to the "ants" or "grasshopper", or maybe more of a bit of both?

Despite the prudence of thinking about the future and doing the work to prepare for the future, we often don't see how their is gratification down the road from such management of our time and energy put into something. We don't want to delay gratification that we could get by doing something else. We want to have our gratification in the 'now'. Delayed strategies that eventually pay-off can often be ignored because they don't provide immediate returns.

Fun is very enticing. We do what we want that provides us with positive emotional states, like happiness. We can engage in activities that stimulus endorphins and dopamine, or we can eat foods that stimulate neurochemical pleasure as well. There are many other ways to experience pleasure. But our focus on pleasure acts as a trap preventing us from putting out time and energy into things that don't give us immediate gratification, enjoyment or pleasure.

Long-term greater benefits are more time consuming, which affects our decision making. We want to experience something now, not later. Recent research by Susan Zhu and colleagues at UConn look at how people fall into being an "ant" or "grasshopper".

People were surveyed with questions that they had to rate from 1-5 about strongly disagreeing or agreeing. Questions like "I never settle for second best", "I consider how things might be in the future and try to influence those things with my day to day behavior," or "I often think about saving money for the future" will give measurements of what people will tend to do. They show underlying drives and motivations for their actual behavior. These are maximizers. Decisions are made based on the best choice imaginable to maximize the positive favorable impact for themselves and others. Due to considering so many variables to determine the optimal choice, the difficulty in making a decision tends to increase. Figuring things out to a greater level of precision and detail can become an overload. Maximizers are more stressed and less happy overall, and can come to regret making a decision with foresight of how it has issues or produced less than maximal results.

Despite some drawbacks, maximizers are conscientious and optimistic forward thinkers who are satisfied with the time, effort, energy and work to maximize beneficial outcomes. Source (it's a cricket, but it was a nice cartoon)

Grasshopper people are happy with things being good enough, they don't need to be maximally optimized. The researchers called this "satisficer", meaning both satisfied and suffice. A satisficer lives from moment to moment and opts for instant gratification where they can get it. They feel good about making their decisions and move on with little thought for regret.

Of course the reality is that most people are not living at either of the two extremes, but are somewhere in between. Most people fall near the middle with qualities of both poles, matching a bell curve model. People who tend towards the maximizer side are more future-oriented with better money-saving habits and concern about what will happen in the future, both for themselves or others. We should be planning for our future in many ways -- both individually and as a species co-habiting this planet with others -- but that doesn't mean there is no room for enjoyment, gratification or pleasure at times. The pursuit of pleasure, gratification, enjoyment or happiness shouldn't be the main goal. That happens as part of life, but it's not the goal of life.

Where do you see yourself falling in the maximizer or satificer spectrum?
I'm more of an ant, but slightly some of the other too. At times I have both positives and negatives from each polarity as well :P

If you appreciate and value the content, please consider:
Upvoting

Please consider supporting me as a Steem Witness by voting for me at the bottom of the Witness page; or just click on the upvote button if I am in the top 50

psychology philosophy survival life blog
3년 전 by krnel78
$13.49
109 votes
댓글 남기기 27
Authors get paid when people like you upvote their post.If you enjoyed what you read here, create your account today and start earning FREE STEEM!
STEEMKR.COM IS SPONSORED BY

Interesting analogy! Honestly, I am not sure what I am! I think I switch between both depending on the situation. I believe a mix of both is probably the best side, so you can have the best of both worlds and use the appropriate skills in situations as they demand.

Good one @krnel! I have no idea with Steam witness is but will upvote there as well, to support you and your great posts!

Yeah, it's not fixed, but dynamic ;) Thanks for the feedback and support.

It depends for me. The topic at hand determines whether I behave like grasshopper or ant.

When I am working or formulating future path - I am a definite ant - I churn and grind irrespective of immediate results.

When I am with family and friends, I am a grasshopper - I dont care of costs or future - I am immersed and vested in the moment without regard of cost!

Those are good words

Interesting, context dependent hehe. Yeah I get that too ;)

FYI - I also voted you as Witness! today is my 49th day on Steemit and so far, I have found only few genuine people (with over 65 reputation) who are contributing to the platform and minnows, especially...you being one! Thank you!

Sweet! Thanks for the support :D

Well deserved. I wish more and more people vote for you!

Middle to ant, depending on the situation. But it would be nice to have moments of making a decision and being able to move on if it doesn't pan out the way I want it, too. It would surely spare me from a lot of stressing and overdone analyzing of where it could've been better. Just over a week ago, someone from my support group told me another one of us died. That person was telling us before how we should live in the moment so a lot from the group were being snide about her death. Something about her not listening to (medical) advices and pushing herself to the limit despite being sick. She posted about her travels up to the 30th and 2 days later, she was gone. I guess what I'm trying to say is that there are situations that push/limit people and they end up developing the mindsets that suit their situation. Sure there are people who go against it like what happened to that someone in my group. But overall, situations predispose/condition most people to fall in a certain category. Like how many of the financially challenged people here tend to be more of the ant because they rarely have an easy safety net in place and the well-off people have this YOLO mindset. But that's only the financial aspect. I'm guessing a lot from my group are wishing we could afford to disregard our situation and just live in the moment for the sake of our sanity ._."

YOLOs have a weak fallacious axiom as a foundation for their lives. It's often an excuse for not being responsible for decisions or mistakes. Danger ahead, precaution... bah.. YOLO... go for it! lol

It's often an excuse for not being responsible for decisions or mistakes.

A form of escaping a reality they either can't accept or can't move on from, I suppose :/

I am definitely a maximizer like the ant! I wish I would be more like the grasshopper so I can move on faster with no or little regret about the past. or even a mix both. I can see how grasshopper people can be more happy with life in general and accept things they are.... I think of them a free birds, versus ants who prefer to be bird in cage that is opened or closed by someone other than them.

Hey krnel - Just upvoted for you at Steem Witness as well :).

I think I spend too much time as an ant. I'm so intent on grinding away on long-term goals that I tend to miss opportunities. I'm so risk-averse that I'm often blind to the upside of investment opportunities, and make decisions that are more stubborn-headed than productive.

Fortunately my wife is there to open my eyes when I've got my nose pressed into the grindstone, and I'm here to rein her in when she's cooking up a wild scheme. It's not always a quiet relationship, but it works.

Nice! It looks like a great complimentary relationship :D

Hehe, thanks for the feedback ;)

"Decisions are made based on the best choice imaginable to maximize the positive favorable impact for themselves and others. Due to considering so many variables to determine the optimal choice, the difficulty in making a decision tends to increase."

I try to take the best decisions but then I have been trained and also have experience doing the same - sometimes involving huge budgets in companies, so I'd better be right!

I am always optimistic and my optimism helps pull me through bad times as well.

"Grasshopper people are happy with things being good enough, they don't need to be maximally optimized."

I have sometimes encountered this situation but each time I think that it could be better.

"A satisficer lives from moment to moment and opts for instant gratification where they can get it."

Everyone is guilty of some degree of instant gratification in today's world, I rarely regret my own decisions.

I would say I have most of the good traits of the ant and the grasshopper with a few of the bad traits also.

I am more grasshopper than ant.

What ever happened to the idea of gaining satisfaction from a job well done?

I think that in Western culture today, the Bell Curve is significantly skewed towards the grasshopper end of the spectrum. Our entire culture is based on endless consumption.

I think there should be an update to this fable.

The grasshoppers suddenly found themselves in a land where there was an almost unlimited food supply. When they got fat, they were roasted and turned into a high protein content 100% natural food additive.

Be careful what you wish for. 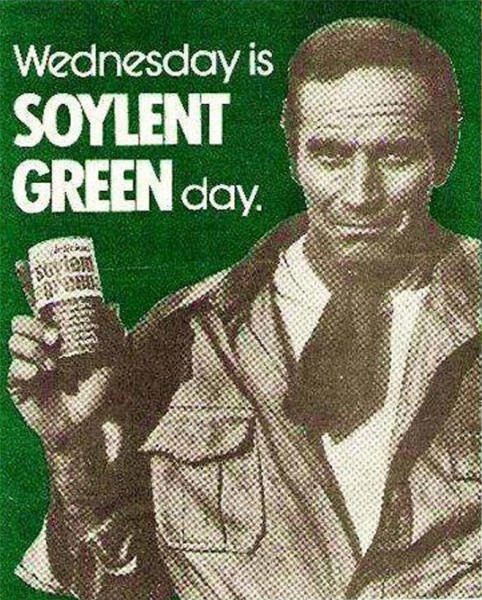 LOL, yeah idocracy is setting in.

You're welcome, thanks for the feedback,

Aesops fables is my bible! :)