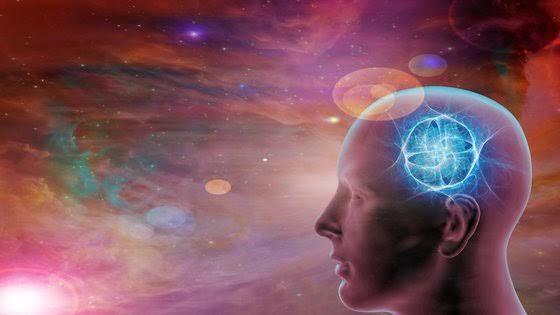 ore than a millennium, scholars have noticed a curious correlation: Atheists tend to be more intelligent than religious people.

It's unclear why this trend persists, but researchers of a new study have an idea: Religion is an instinct, they say, and people who can rise above instincts are more intelligent than those who rely on them.

"Intelligence — in rationally solving problems — can be understood as involving overcoming instinct and being intellectually curious and thus open to non-instinctive possibilities," study lead author Edward Dutton, a research fellow at the Ulster Institute for Social Research in the United Kingdom, said in a statement. [Saint or Spiritual Slacker? Test Your Religious Knowledge]

In classical Greece and Rome, it was widely remarked that "fools" tended to be religious, while the "wise" were often skeptics, Dutton and his co-author, Dimitri Van der Linden, an assistant professor of psychology at Erasmus University Rotterdam in the Netherlands, wrote in the study.

The ancients weren't the only ones to notice this association. Scientists ran a meta-analysis of 63 studies and found that religious people tend to be less intelligent than nonreligious people. The association was stronger among college students and the general public than for those younger than college age, they found. The association was also stronger for religious beliefs, rather than religious behavior, according to the meta-analysis, published in 2013 in the journal Personality and Social Psychology Review.

But why does this association exist? Dutton set out to find answer, thinking that perhaps it was because nonreligious people were more rational than their religious brethren, and thus better able to reason that there was no God, he wrote.

But "more recently, I started to wonder if I'd got it wrong, actually," Dutton told Live Science. "I found evidence that intelligence is positively associated with certain kinds of bias."

For instance, a 2012 study published in the Journal of Personality and Social Psychology showed that college students often get logical answers wrong but don't realize it. This so-called "bias blind spot" happens when people cannot detect bias, or flaws, within their own thinking. "If anything, a larger bias blind spot was associated with higher cognitive ability," the researchers of the 2012 study wrote in the abstract.

One question, for example, asked the students: "A bat and a ball cost $1.10 in total. The bat costs $1.00 more than the ball. How much does the ball cost?" The problem isn't intuitive (the answer is not 10 cents), but rather requires students to suppress or evaluate the first solution that springs into their mind, the researchers wrote in the study. If they do this, they might find the right answer: The ball costs 5 cents, and the bat costs $1.05.

The religion-is-an-instinct theory is a modified version of an idea developed by Satoshi Kanazawa, an evolutionary psychologist at the London School of Economics, who was not involved in the new study.

Called the Savanna-IQ Interaction Hypothesis, Kanazawa's theory attempts to explain the differences in the behavior and attitudes between intelligent and less intelligent people, said Nathan Cofnas, who is pursuing a doctorate in philosophy at the University of Oxford in the United Kingdom this fall. Cofnas, who specializes in the philosophy of science, was not involved with the new study.

The hypothesis is based on two assumptions, Cofnas told Live Science in an email.

The assumptions imply that "intelligent people should be better than unintelligent people at dealing with 'evolutionary novelty' — situations and entities that did not exist in the ancestral environment," Cofnas said.

Dutton and Van der Linden modified this theory, suggesting that evolutionary novelty is something that opposes evolved instincts.

The approach is an interesting one, but might have firmer standing if the researchers explained exactly what they mean by "religious instinct," Cofnas said.

"Dutton and Van der Linden propose that, if religion has an instinctual basis, intelligent people will be better able to overcome it and adopt atheism," Cofnas said. "But without knowing the precise nature of the 'religious instinct,' we can't rule out the possibility that atheism, or at least some forms of atheism, harness the same instinct(s)."

For instance, author Christopher Hitchens thought that communism was a religion; secular movements, such as veganism, appeal to many of the same impulses — and possibly 'instincts' — that traditional religions do, Cofnas said. Religious and nonreligious movements both rely on faith, identifying with a community of believers and zealotry, he said.

"I think it's misleading to use the term 'religion' as a slur for whatever you don't like," Cofnas said.

The researchers also examined the link between instinct and stress, emphasizing that people tend to operate on instinct during stressful times, for instance, turning to religion during a near-death experience.

The researchers argue that intelligence helps people rise above these instincts during times of stress. [11 Tips to Lower Stress]

"If religion is indeed an evolved domain — an instinct — then it will become heightened at times of stress, when people are inclined to act instinctively, and there is clear evidence for this," Dutton said. "It also means that intelligence allows us to be able to pause and reason through the situation and the possible consequences of our actions."

People who are able to rise above their instincts are likely better problem-solvers, Dutton noted.

"Let's say someone had a go at you. Your instinct would be to punch them in the face," Dutton told Live Science. "A more intelligent person will be able to stop themselves from doing that, reason it through and better solve the problem, according to what they want."

religion believes faith atheist truth
4년 전 by jaycode33
$0.00
5 votes
댓글 남기기 6
Authors get paid when people like you upvote their post.If you enjoyed what you read here, create your account today and start earning FREE STEEM!
STEEMKR.COM IS SPONSORED BY

Congratulations @jaycode! You have completed some achievement on Steemit and have been rewarded with new badge(s) :

Congratulations @jaycode! You have completed some achievement on Steemit and have been rewarded with new badge(s) :