Stuff I Got For Christmas 1979 - Mattel Electronic Baseball

Mattel Electronic Baseball was first available in 1978. An updated version was released around 1979. The 1979 version was smaller and had some other minor differences. By today's standards, the gameplay was simplistic, involving tiny red LEDs on the screen and audible beeps and music. As a player you are always hitting -- you never play outfield. You press the Pitch button to trigger a pitch which arrives randomly within 2-3 seconds. Pitches are delivered at various speeds and sometimes curve. After a hit, you hear one, two, or three beeps indicating a single, double, or triple. You hold run button until you arrive at the appropriate base, or push your luck and try for an additional base. If you hit a home run, some brief celebration music plays (lame music, but still satisfying). This brief YouTube video is a quick demo of the gameplay and ends with a home run (not my Youtube video, btw). 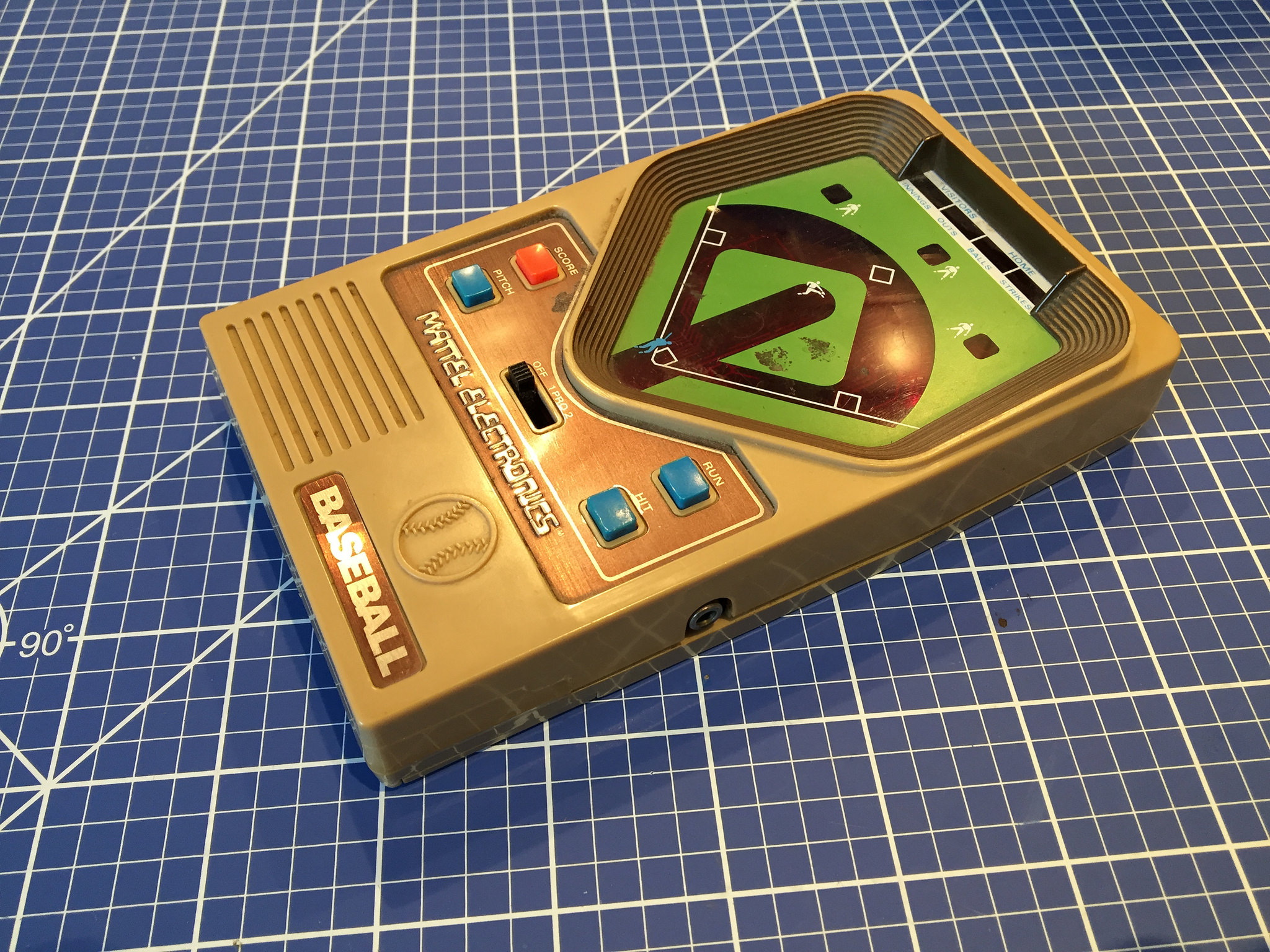 I received this game for Christmas 1979. It was a hit on Christmas Day, but it was not nearly as exciting as Electronic Quarterback had been two years earlier. Perhaps, I was a year older and just so much more sophisticated by 1979 (haha). I played it sporadically in the 2 or 3 years that followed. I seem to recall playing it extensively with my cousin who often visited during the summer. As a child, I always disassembled things to see how they worked. This game was quite annoying because the screws holding it together were triangles. Who has a triangle screwdriver??? Terrible.

Overall, I am going to rate Mattel Electronic Baseball as a dud. Electronic Quarterback was a hard act to follow.

More "Stuff I Got For Christmas" posts to follow.

retro christmas games childhood toys
2년 전 by opaulo59
$98.69
26 votes
댓글 남기기 10
Authors get paid when people like you upvote their post.If you enjoyed what you read here, create your account today and start earning FREE STEEM!
STEEMKR.COM IS SPONSORED BY

haha wow the old one,

This is a cool game from a long time ago!
I also disassembled everything and I find the same annoying weird screws and I hated it

I was born in 1983 and have found memories of Electric Baseball and Electric Quarterback games. Remember all those all hand held games? The battery powered ones - shaped almost like a controller but only offered 1 game?

This post vabriates nostalgia..
It reminds me of the time I got my first Console, which was a Nintendo Game Cube.. I'm only born in 1998, and a lot of you guys might be older and feel like "uh, game cube ? I used to play on Atari as a kid", chill yourself for a second, forget the console and just think about this feeling of opening that Christmas gift and getting this box. Box that lets you play games like "whaaat?".. Pure nostalgia i tell you!

Oh ya, I get it for sure. These memories are so powerful.

My timing of these posts might seem a bit odd (after Christmas), but Christmas is just over and all these old memories are on my mind right now. More to follow soon. I've almost exhausted my list of electronic games. I am about to move on to other items.

Nice haha, I get the feeling. I'm also about to finish my list of Beat Tapes. Any ways, good luck with your Activity ;)

I played that game forever!!

hahaa :) It's great post @opaulo and I like to nostalgia. I think, it's gonna be great stuff..

Excellent publication, a pleasure in reading and greeting you, follow me to be in constant communication I also hope that my posts can be of great help. success!