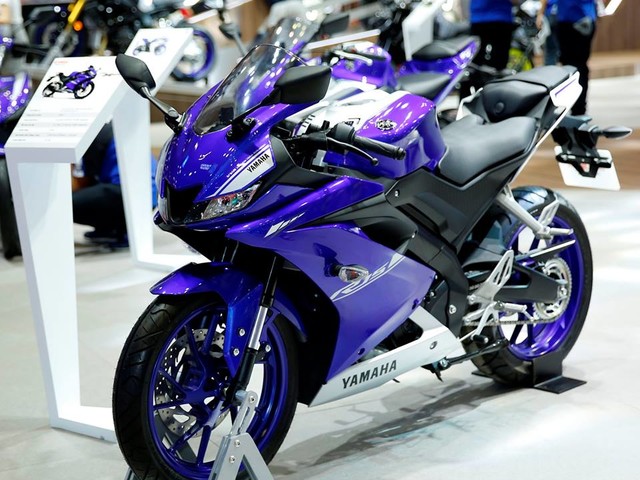 One of the most loved and renowned sport bike in 150 cc category is Yamaha’s R15 v2 which is in the market from 2011. That means it’s been a long time since the second iteration of R15 series and now it needs to be refreshed as Honda and Suzuki has launched very aggressive and modern bikes in the market.

So, in 2017 Yamaha launched a new version of R15 in Indonesia which is the Yamaha YZF R15 v3. But, the problem is the bike is not actually refreshed, it is actually a whole new bike with new engine, new design and everything about this bike is new except for both are sport bikes. Let’s see how this new iteration actually is and if it is worthy to be in the YZF series.

Design:- Design wise this bike is a mixture of beauty and aggression. The R15 v3 is designed following the newest R1 and R6 design trail. The new body design, the tail sections are definitely from the elders of Yamaha’s new R series design. The front fairing, tail section along with the fuel tank is designed to make the bike feel muscular and aggressive look. 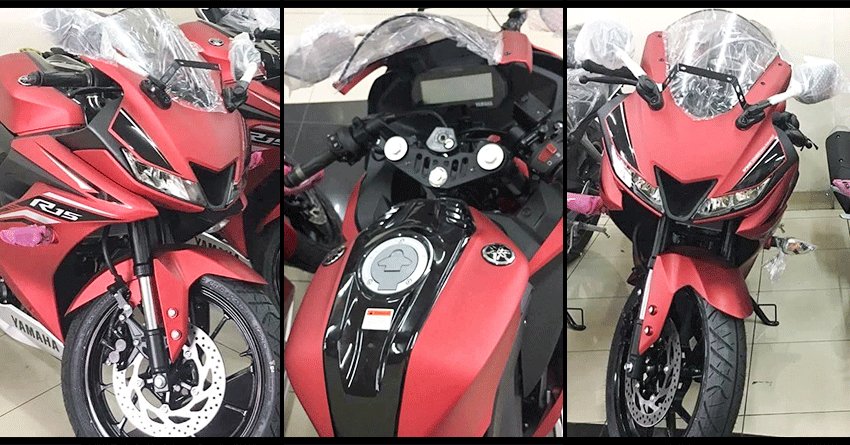 The front visor is more rounded and the whole front is redesigned to make the bike more aerodynamic. Also the headlamps have been redesigned to go with the aesthetics and also LED now. The version 3 has got a proper clip on handlebars and upside down forks like some higher capacity bikes.

The Air intake in the front is also been widened and inspired from the R125. The neck bar is redesigned and has some holes in it which creates minimal air flow directed to rider’s face while riding. It also reduces the drag created by the wind shield. The rims, the seats, the tail lamp, the swing arms, the disks, the number plate holder everything are redesigned.Remember! We complained about the pillion seat of the version 2 for being small, it is way smaller now. Kind of we saw in the M-slaz but now there is something to grab on to unlike the version 2. It is a super sports bike, so complaining about it won’t matter. Nothing in this bike is old. The bike now feels very new and will be a perfect rival against the Honda CBR 150R and Suzuki GSXR 150.

Instrument Console:-The Yamaha R15 v3 has got an all new instrument console that has been designed by Yamaha specially for this bike. This is an all-digital unit which has a tachometer, speedometer, odometer, 2 trip meter, average fuel consumption meter, a fuel gauge and a gear indicator. The console looks very new and very premium. There is red light over the console as rev limit indicator. The console is also equipped with the important indicator lights. Switch gears:- The switch gears of the YZF R15 v3 are standard and of premium quality as every Yamaha bikes. Other switch gears include pass lights, headlight switch and other common switches included push button start and Engine kill switch.

Engine:- Any YZF engines of any Yamaha bike is the best in its class. It’s made in that way. The YZF engine on the R15 v3 is no difference and an upgrade to its previous version. It is a single-cylinder, 155 cc, Liquid Cooled, 4 stroke, SOHC, 4- Valve, Fuel injected, Blue-core engine with 58mm bore and 58.7 mm stroke.

The engine has 11.6:1 compression ratio. With all these the engine is capable of producing 19.0 Bhp of peak power at 10,000 RPM and maximum 14.7 NM of torque at 8,500 RPM. The cylinder is made of DiASil which is a cast of Aluminum with 20% silicon in it. This kind of casts are very strong, have much higher melting point (temperature) and also very efficient in heat dissipation than traditional Iron Cast Cylinders.

The Piston is made of same Aluminum cast with the aluminum forging process developed by Yamaha in the Late 90’s. The reason behind all these is more power and less weight. The fuel injection is controlled by a 26-pin ECU which measures the amount of fuel needed depending the throttle position, environment and delivers the optimum amount of fuel using small fuel pump, regulator, filter and fuel injector.

For breathing, Yamaha used a large air-cleaner and the intake duct is also optimized for most optimum air flow. So in-terms of engineering Yamaha gave their maximum in this case.

Transmission, Clutch and Final drive train:-The YAMAHA R15 v3 is mated with a 6-speed return type gear box. This transmission uses a wet multi plate type clutch. The gear shifts are international pattern that means 1 down and 5 up. The bike is equipped with a toe shifter. The final drive is chain and sprockets. 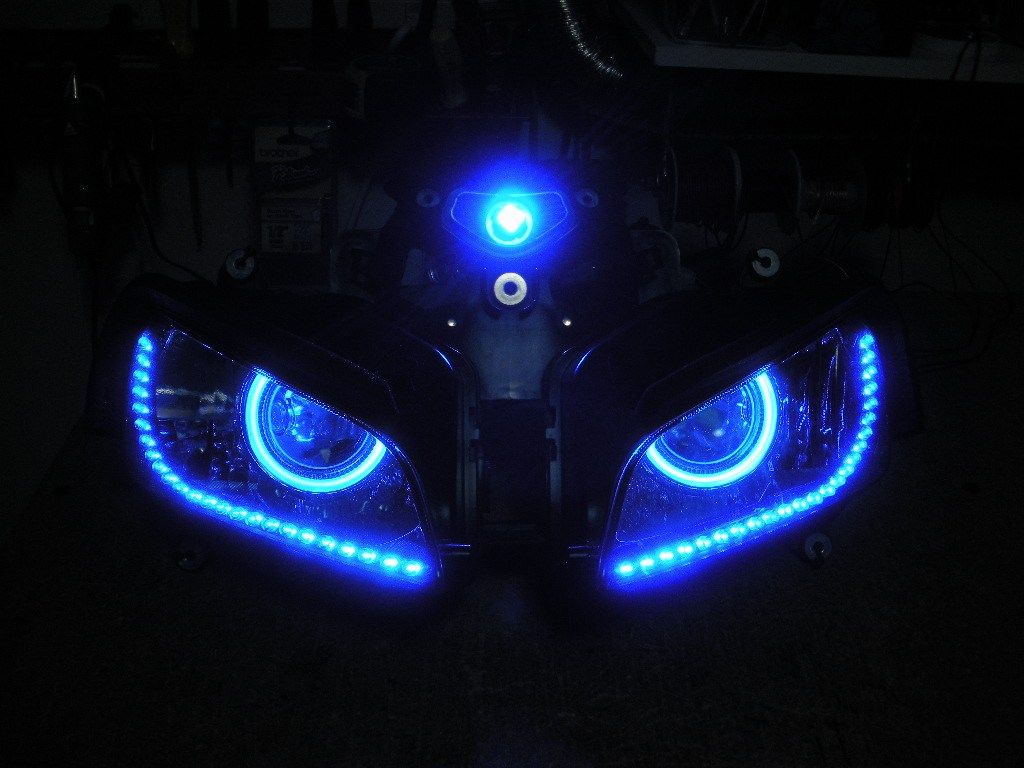 Breaks:- The R15 v3 comes with a larger 282 mm disk brake with dual piston caliper in the front and 240 mm disk brake at the rear with single piston caliper. The whole breaking setup is upgraded and should deliver more aggressive and linear braking performance.

Suspension:- The R15 v3 is equipped with an Upside down coil spring; oil damped forks at the front and a linked type mono shock at the rear which are attached with newly designed cast aluminum swing arm. This suspension is okay in this segment for soaking up bumps but offers great stability at high speed. If comfort is needed this bike is not for comfort.

The wet weight (with tool kit, oil & 100% of fuel) of the bike is 137 kg. These mean that the bike has an average footprint in terms of dimensions for a sports bike.

Comfort and handling:- The R15 v3 is not much of comfortable bike to ride, thanks to its very skinny seat and also the pillion seat is not much usable. But the shocks are well engineered shocks.

The handling of this bike is tough in the city traffics as always but easy in the high ways thanks to its 815 mm seat height and 1325 mm wheel base. As the bike is super sport and obviously it has the same riding posture that needs to get adjusted. The bike has 155 mm ground clearance which is enough for any road condition on Bangladesh.

Performance:- Yamaha R15 v3 is made for performance so it should deliver otherwise it would be a disappointment. Thanks to Yamaha’s top notch engineering this bike delivers. The bike is made for handling performance as well. The performance on the traffics and city roads might not be that impressive but in the highways or in the track or hills this bike rules.

It’s a very flick-able bike. But one thing that this bike is not capable is fuel efficient. It burns fuel like a 250cc or 300cc bike. That means 30 to 35 KmpL while ridden carefully but in full throttle it goes down to 25 to 30 KmpL sometimes.

Conclusion:- The Yamaha R15 v3 is an upgrade over the old v2. This is the 2017 performance machine from Yamaha in the 150 cc super sport segment with performance, elegance and style like its elders. If someone can afford it then highly recommended.

review blog photography new busy
3년 전 by fazlehassan42
$0.11
9 votes
댓글 남기기 5
Authors get paid when people like you upvote their post.If you enjoyed what you read here, create your account today and start earning FREE STEEM!
STEEMKR.COM IS SPONSORED BY

yeah I research from there!

nice post about the "little" Yamaha R6 :-D
the funny thing is that you don't realize from afar whether it's a big or small Yamaha haha

I love the blue bike, I hope one day I can get another bike I am a speed junkie, I have driven R1 but only owned 750 katana and 600 cc, I would get bored with a lower cc bike quickly! What type of bike do you have? Followed and upvoted thanks for the post!