Why You Should Admire, Not Detest, John D Rockefeller 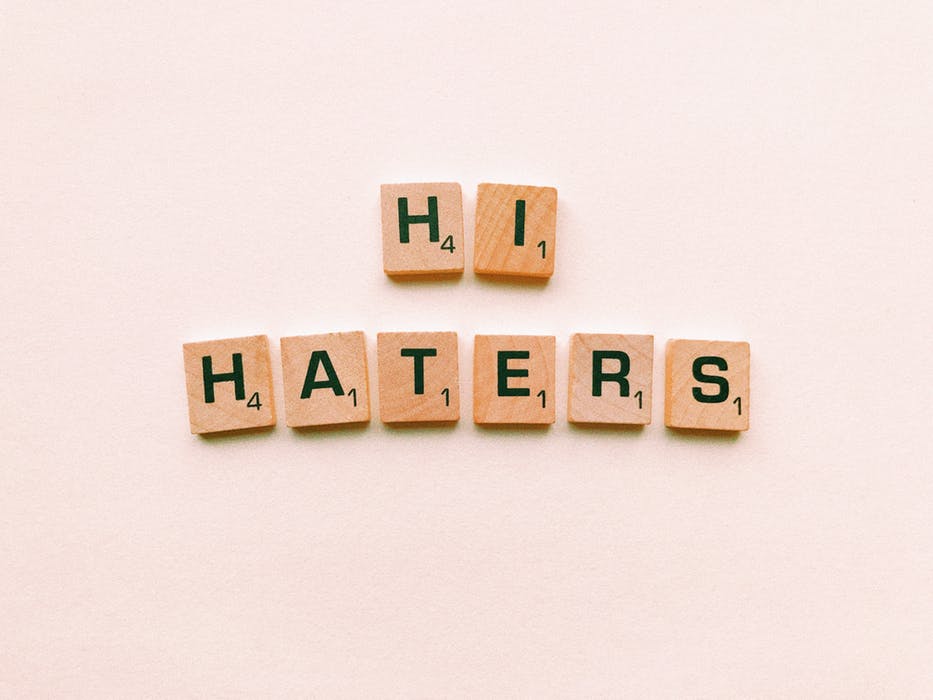 Many historians have put John D Rockefeller into a group of people they refer to as "Robber barons."

According to thefreedictionary.com, "Robber baron" is defined as:

One of the American industrial or financial magnates of the late 1800s who became wealthy by unethical means, such as questionable stock-market operations and exploitation of labor.

I'd argue that this categorization for Rockefeller is quite unfair.

He's hated far and wide, but in my opinion, people have very weak reasons for hating him. Some say he acquired his wealth by unethically: they say he got rich by exploiting labor, or say that he was a monopolist who unfairly crushed his competitors.

A couple more of the primary arguments for him being a "Robber baron" or an evil person, are for one, that his company, Standard Oil, violated the Sherman Anti Trust Act. Number two is that he insisted on getting rebates from the railroads. These are the arguments of people who actually have a reason to hate him. However, I think most people who hate him, do so for reasons of envy. I think many assume that because he was tremendously wealthy that he must be a bad person. I'm not going to address this final reason in this article, but I will talk about why the others are wrong.

Why these are bad arguments

"He got rich by exploiting labor"

I don't think an employer can exploit an employee if the employee is there under voluntary circumstances. Once the relationship is no longer voluntary, it is at that point that there is likely exploitation happening.

What does it mean to be an employee? If you're an employee, it means you're selling your labor to the business. When you sell your labor, you want to get the highest price possible. Therefore, assuming all else equal (working conditions, hours, enjoyability, etc), you're going to work for the business who's willing to pay you the most.

JDR's employees willingly chose to work for Standard Oil instead of other companies, which means Standard Oil offered them the best alternative. Many people moved from rural areas to industrialized cities because working for JDR provided them a better standard of living than working on a farm.

Why hate a guy for providing people a better standard of living?

"He's a monopolist who unfairly crushed his competitors."

Yes, he was a monopolist. Is that such a bad thing? I'd argue it's not. In this case, I'd argue that it's a great thing! The more important question is "Why was he a monopolist?"

The short answer to this question is that other oil-refining companies couldn't compete with him because Standard Oil was so much more effecient. Everyone bought from him because he could produce kerosene at the lowest cost.

Rockefeller was almost solely responsible for reducing the cost of kerosene by 90%. That means every persons' lighting bill went down by 90%.

What if a single individual was responsible for reducing your monthly electric bill from $115.00 to $11.50? Would you love them or hate them?

You should love them, regardless of how much money they made in the process.

Fun fact: No one in history has done more to save the whales than Rockefeller.
Before he reduced the cost of kerosene, people were using whale oil. Yes, oil from whales. Whales were being killed at a rapid rate because people would use oil from their fat to light their homes. When you drastically reduce the cost of an alternative (kerosene), and make the alternative significantly cheaper than whale oil, you suddenly save a whole lot (or should I say "pod") of whales! 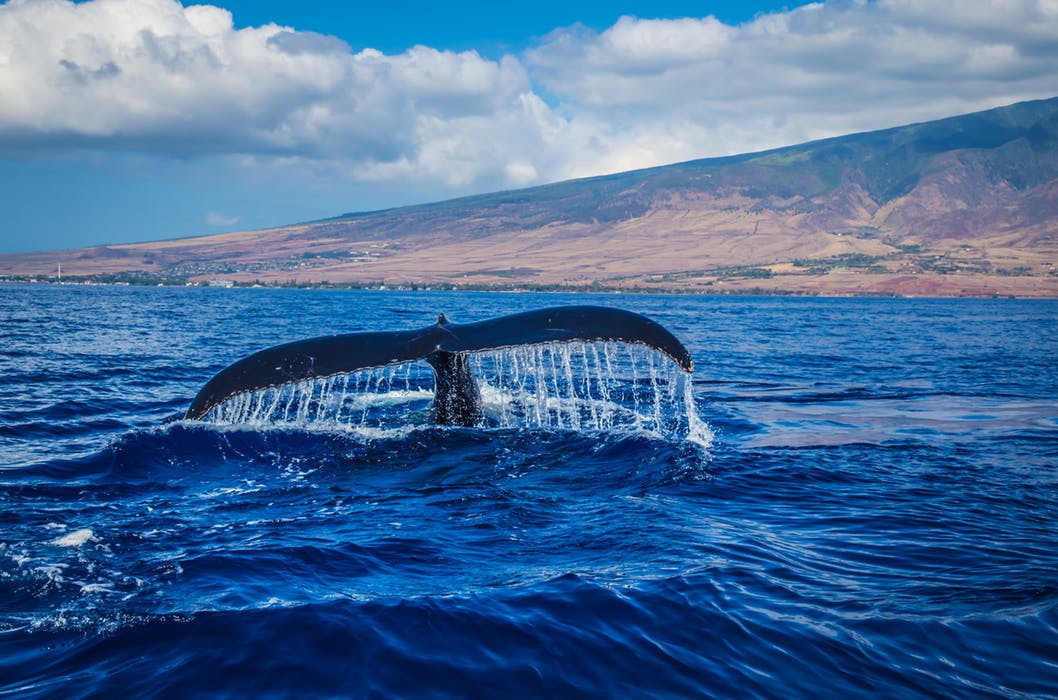 Legality does not equal morality. It's a stupid law and it should be violated. Standard Oil was a monopoly because they offered the best product at the lowest price. Should he have not tried to optimize his supply chain and decrease prices to make sure customers didn't buy from him? Of course not.

Another way to say that "He violated the Sherman Anti Trust Act" would be to say "He ran such an efficient company that he reduced the price of kerosene by 90%, he allowed the average person to afford to light their home, and he improved the lives of millions. For these reasons, people purchased from him instead of his competitors."

He insisted on getting rebates from railroads

So what? Should you not get a better deal when buying in bulk? Should you pay the same price for each can of Coke when buying 50 at a time from Costco as you should when buying a single can from a convenience store?

All companies and individuals get a discount when buying it bulk. Why should it be illegal or unethical when Standard Oil gets a discount? They gave the railroads an enormous amount of business and they should be allowed to negotiate with them accordingly. Rockefeller not only did a lot of great things in business, his personal life is also something to be admired.

According to the book John D. Rockefeller: A Life From Beginning To End

Rockefeller lived whet we might regard as a model life. He did not drink alcohol. He attended church regularly. He was married to his wife for over fifty years. His children were not the spoiled, pampered scions of the rich but were expected to work, to live productive lives, and to obey the teachings of the Baptist faith which their parents instilled in them. Rockefeller's philantrhopy, which bagan when he was a boy putting pennies in the church offering plate, continued all his life and totaled more than $500 million given go education, religious causes, health, the arts, and World War I relief.

This post was solely written so you can see John Davison Rockefeller in a different light. It is by no means a defense of what his heirs and benefactors have done with his fortune since he passed away.

robber-baron oil busy rockefeller history
2년 전 by shenanigator68
$21.72
29 votes
댓글 남기기 13
Authors get paid when people like you upvote their post.If you enjoyed what you read here, create your account today and start earning FREE STEEM!
STEEMKR.COM IS SPONSORED BY

Yep, that's the cover story all right. And they paid a lot for that propaganda.

But, because of rock-e-person we now poison people and then does them with radiation to "kill" cancer. Of course, the opposition that is curing cancer with herbs (like cannabis) are being killed unless the flee The US.

Because of rock-e-person, everyone goes to a govern-cement school where they are dumbed down and have their creativity destroyed.

And gasoline could cost ¼ of what it does now, but keeping the price up was more important than releasing those inventions that would have made it so, thanks to Rock-e-person's legacy.

I'd argue that the propaganda is what children learn about him in government schools - the widely-believed idea that he was an evil "Robber baron" who should be hated.

I think what his heirs did with his estate after he passed away is a legit criticism, but is it his fault that the fortune was used for evil purposes? I don't think so.

That's why I put the disclaimer at the end saying: This post was solely written so you can see John Davison Rockefeller in a different light. It is by no means a defense of what his heirs and benefactors have done with his fortune since he passed away.

I appreciate the perspective you are providing here. I think we can all learn from the positive side of this impressive business man's life. Think about the perseverance and disciplined demonstrated to achieve the success in building out innovative industries that would lead the US industrial revolution. Those of us that are interested in Crypto assets need to make comparisons with this process as most of the economy is still accustomed to the inefficient financial system. Can we be as disciplined and focused to achieve the disruption in the crypto space? Thanks for the perspective.

It's not about him being rich or how he got rich.

The point of the John Rockefeller and his (insert expletive here) offspring is that they are globalists. They do everything in their power to put people down - to this day.

I agree with you about his heirs. That's why I put this disclaimer at the end when writing this article: This post was solely written so you can see John Davison Rockefeller in a different light. It is by no means a defense of what his heirs and benefactors have done with his fortune since he passed away.

I agree that we can learn things from Rockefeller and from Bill Gates and from others.

I think it is a good thing that i didn't even read all of the negative things about him, well, let me say, i didn't know of them. Right here, in my country, we all know him as the wealthiest man, at that time, who did incredible things, and that is what i still had in my head, till date, even most of us too. A prophet is indeed, not valued in his country. Maybe the expectations people placed on him were too much, because, how could someone save lot of whales, provide cheaper alternatives, give better standard of living, and help the trade of a country, and still not be a hero or appreciated?. Right here, doing half of all he did, he would have been imprinted on our local currency or have so many monuments named after him.
What he did is purely business. The higher the price, the lower the quantity demanded, and vice versa. Meaning, with consumer behaviour, who always want to maximize purchasing power, you will always go for cheaper alternatives, with better satisfaction derived from such goods, except for luxury goods. The cheaper alternative did the job, and it wasn't harmful, it's normal for consumers to go for it. I think this hatred might have been perpetrated by his competitors who lost ground on their consumers.
I am tempted to continue. Let me just stop here. Hahahahaha. I love the disclaimer you put right at the end.

Rockefeller and JP Morgan stems from Rothschild and decentralized Bitcoin and Steemit is in opposition to centralized Rothschild banking and fiat currencies. We are on this website because we are against those things, against technocracy, corporatism, monopolism, plutocracy, centralized tyranny.

@shenanigator Great post. Looks like Mr. John D. Rockefeller was a wise businessman, and a good human being. Thank you for sharing. Cheers!

Rockefeller stems from the Rothschild empire which is even richer. We do decentralized Steemit and Bitcoin as opposed to centralized Rothschild banking. I do agree that John Rockefeller was a man that did great things we all can admire and we all can learn from him and from Bill Gates and Steve Jobs and Donald Trump and other people too. I saw your disclaimer at the end. I like capitalism, competition. I like the art of buying in bulk. I appreciate those things. I truly appreciate the art of learning from everybody and from everything for sure in seeing the good in things no matter what. I'm Oatmeal. Thanks for sharing inspiration with me.

Yes some rich people are exploiters and really evil, but that should be based on evidence and not based on the fact that they are rich. But they world is not beautiful without haters because only then will you appreciate people that love you. Great write up. @shenanigator.