A big thank you to @anomadsoul for his kind gesture toward reputable steemians and community building. Also a special thanks to @blocktrades for the delegation to @anomadsoul. This is an entry to @anomadsoul contest; A Role Model Steemian.

From your definition to who a role model is, I can tell that @credo is a role model. @credo is a community account geared toward making steemit a better place for both steemians and investors. 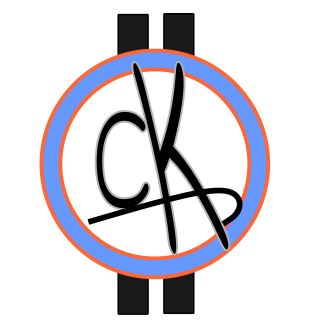 Credo Kommunity is a non profit community on steemit. Its a group of people with an agenda to promote steemit to both potential steemians and investors in every city all over the world. Bringing these investors and steemians into one platform, promote and rewarding quality and original content of our member.

To Promote Steemit, register newbies, get investors and support members quality and original content on steemit.

Building an enabling environment for individuals to join and grow on the steemit blockchain.

We support member of the community by mentorship, giving up-to-date information on steemit and related events. We advised them on others communities to join, tags to use and tips to make their posts more quality and attract upvotes. We recorded over 20 entries in the last @anomadsoul contest; My 2017; Welcoming The New Year. amongst other contests like #untalented.

We dont just stop at giving them information we follow up on their posts to ensure they are doing the right thing. It doesn't stop their as we go further to ensure the get the necessary upvote.
This can be seen in My 2017; Welcoming The New Year. contest by @anomadsoul, where some entries from Credo Kommunity was missed and we did a follow up and they all received the require upvotes from @anomadsoul. See link here; My 2017: Welcoming this new year! - CONTEST! 250 Steem in Prizes!
and screen shot below. We do well to curate all quality content from members of the community, even with our low SP and we advise other members to do same while we call the attention of curators from other community too. Our Curation has earned us first and Second place in a row in the Steemit: The Curation Leagues - 10 STEEM in Prizes available!
. See screenshot bellow;
Week one 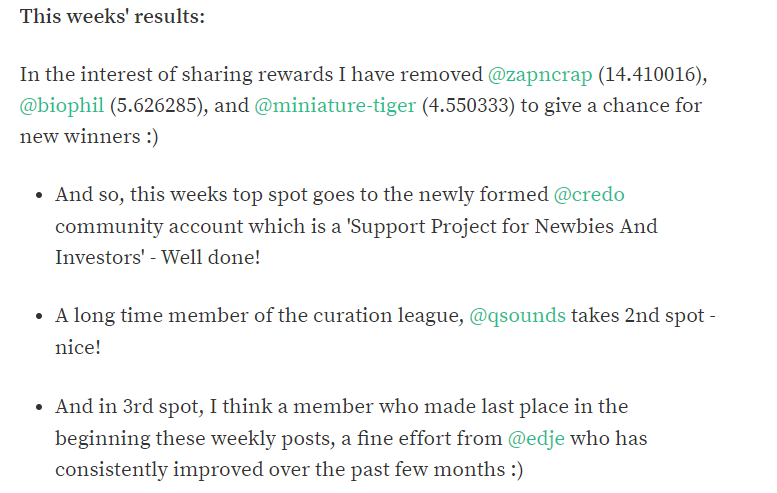 We have and still making several attempt to get loan or delegation to support members of our community. We recently made a move to pitch a loan from #promo-steem community to lease SP which we will use to curate quality contents from members. Here is the post; #PROMO-STEEM PROMOTIONAL LOAN PITCH
.

As a non profitable community, we convert all earnings to SP to be able to support post from our community, we have made several attempt to lease SP from @minnowbooster but our bid wasn't successful so we have power up all earnings. This can be seen in @credo wallet.

Power up of earnings

What I will do if I win the contest;

rolemodel credo delegation community promo-steem
3년 전 by credo47
$0.88
13 votes
댓글 남기기 4
Authors get paid when people like you upvote their post.If you enjoyed what you read here, create your account today and start earning FREE STEEM!
STEEMKR.COM IS SPONSORED BY

Yeah! That's what I'm talking about.
credo all the way 😉

Thanks @tekadii, you've been of great support to the community.

Thanks @kandylopez, @credo will continue support all and with the delegation it will become better