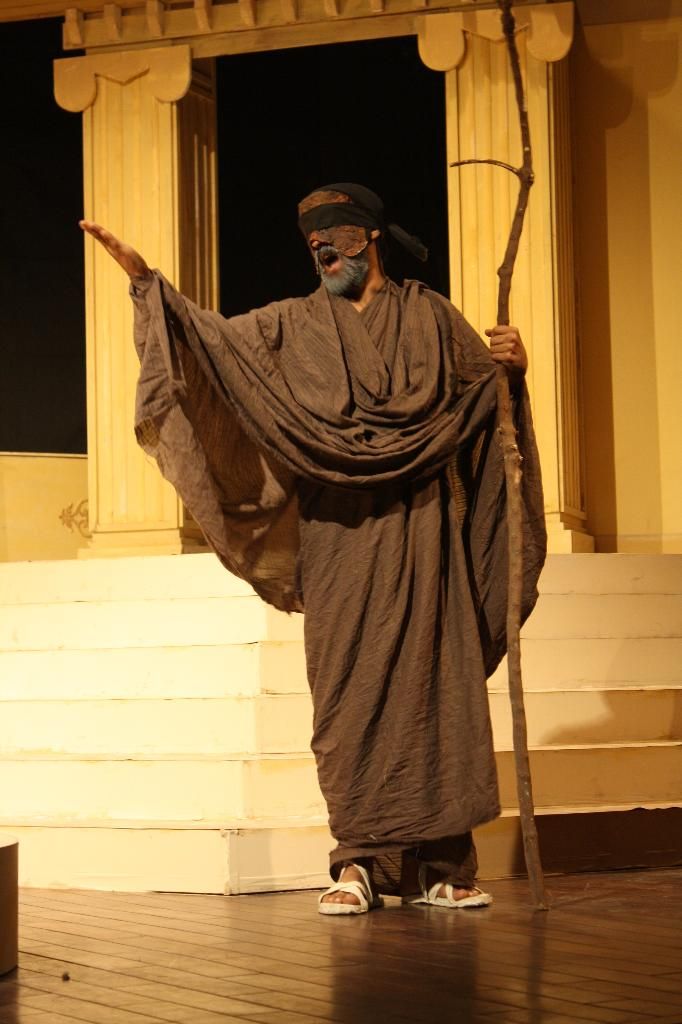 One of the greatest tragedy of the prophetic ministry and Christianity is to have a name that contradicts your true spiritual state and nature, that means having a name that you are alive but dead,having a name that you are rich but poor and having the form of godliness and denying the power there of.
Every new testament christian is meant to operate and manifest a level of the prophetic anointing because the arrival of the Holy Spirit is the initiationinto the prophetic( Joel 2:28-26). As a christian you dont need a prophet to see for you and prophecy to you according to the new testament standard( Romans 7:14,1 John 2:27). It becomes a great tragedy and predicament when a some one meant to be seeing and hearing is not. Danger,calamity,frustrations, misery,catastrophies and all manner of denomic attacks becomes inevitable and inescapable.

Balaam called himself the man that sees the vision of the Lord with his eyes open, but a time came when he couldn't see rather his donkey began seeing and hearing for him. A time came when the prophet could no longer see and hear God because he was blind. What's the need and Use of being a prophet when you can't see and hear anymore? As a matter of fact, you cease to exist as a prophet when you can't see and hear anymore. Having a name but living in direct opposite of the name or title. There are many prophets,pastors and Christians who are blind. They could see and hear before but certain things has blinded their eyes. Before anything happens they will see it, God was showing them the plans, agenda and devices of the enemy even before they unfold but now they can't see anymore. What a great tragedy. Let's see what blinded Balaam.

When you can't see anymore and hear anymore, God will use things less than you to speak to you. In the case of Balaam he used the donkey, in ur case he might use an harlot,a little boy or girl or even a drunkard or better still a mad man or woman. He will use people and things you are higher than to speak to you.
Many prophets has being blinded by

sc-n steemchurch naijapidgin stach nigeria
2년 전 by rejoiceavl49
$1.85
40 votes
댓글 남기기 1
Authors get paid when people like you upvote their post.If you enjoyed what you read here, create your account today and start earning FREE STEEM!
STEEMKR.COM IS SPONSORED BY